Periyar’s Self Respective Humanism, has got global relevance to the betterment of humanity. No one would say that Self Respect is irrelevant but it is not realised in practical life. By realizing Self Respect, individually or collectively, humanity will progress and prosper. It would wipe out the inequalities in society and break the barriers that inhibit the exposure of human potential

The conference theme and title, Humanism & Self-Respect, refers to the self-respect movement championed by Periyar (Periyar International’s namesake, also known as E.V. Ramasamy) in Tamil Nadu, India. The philosophy later spread outward to much of South Asia and had a tremendous impact on the region’s socio-political climate.

The self-respect movement promotes a rationalist life stance, calls for an end to the caste-based social hierarchy in India, and seeks women’s empowerment and equal opportunity, liberation from religious dogma, and economic and social equality. In the words of Periyar International’s current president, Dr. Sam Ilangovan, “Self-respect is to make sure one holds their human dignity, respects themselves, and also treats others with the same respect. No one is born superior or inferior. All are born equal.” This conference will explore these topics and more with a humanist lens, demonstrating that humanism and self-respect go hand-in-hand.

This is the second year that the US branch of Periyar International is hosting the international conference, but the first time that the American Humanist Association will play a role. According to AHA Executive Director Roy Speckhardt, the partnership between the two organizations “wouldn’t have been possible if not for the connection Dr. Ilangovan and I forged during our discussions as members of the advisory board of the Religious Freedom Center of the Newseum Institute.” Speckhardt and Ilangovan are both featured among the conference’s impressive and diverse list of speakers from across the globe, including academics, activists, organization leaders, authors, journalists, and political leaders.

Given the international focus, Speckhardt hopes that “humanists who are used to a more insular conference experience will have a chance to broaden their perspective, while Tamil and other rationalist Indian Americans will get the chance to connect with humanists of all stripes.”

Dr. Ilangovan hopes participants will leave with a deeper understanding of humanism and the self-respect movement. “Life will be a lot happier if we respect each other and help each other,” he says. “With a humanist outlook, the world will be a better place to live.”

In order to engage conference attendees and the general public in deepening their understanding of humanism, the conference is hosting a contest on YouTube. People are invited to submit a two to five-minute video on the principles of humanism and how humanism influences their daily lives. Winners will be selected according to age brackets and can win up to $500 for their submission.

The keynote address will be delivered by Dr. Asiriyar K. Veeramani. He is president of the Indian Social Revolutionary party Dravidar Kazhagam, editor of the rationalist daily newspaper Viduthalai, and disciple of the late Periyar. Veeramani’s background as a social reformer for rationalism, equality, and social justice make him the ideal choice to deliver the keynote speech. An award bearing his name, the Dr. K Veeramani Award for Social Justice, will also be presented at the conference to an undisclosed recipient. The award is granted annually and “recognizes a single event or a lifetime contribution that is responsible for the emancipation of a section of the society from the oppressions of social injustice.” It was first granted in 1996 to the former prime minister of India, Vishwanath Pratap Singh.

The conference will be held September 21-22 at Montgomery College’s Cultural Arts Center in Silver Spring, Maryland. Registration is still open for a fee of $99 ($49.50 for students), which includes breakfast and lunch both days and dinner on Saturday.  For anyone interested in experiencing humanism from a more global perspective, Humanism & Self-Respect is a great opportunity (and after that, of course, we have 2020’s World Humanist Congress to look forward to)! 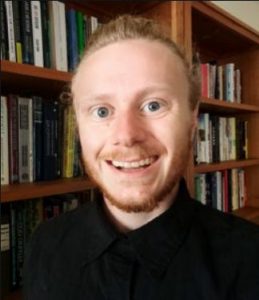 Brody Armstrong is the Program Coordinator at the American Humanist Association’s Center for Education. He holds a BA in ethics & public policy, political science, and philosophy from the University of Iowa, and is pursuing an MA in data, economics, and development policy from the Massachusetts Institute of Technology.