Go against the Flow 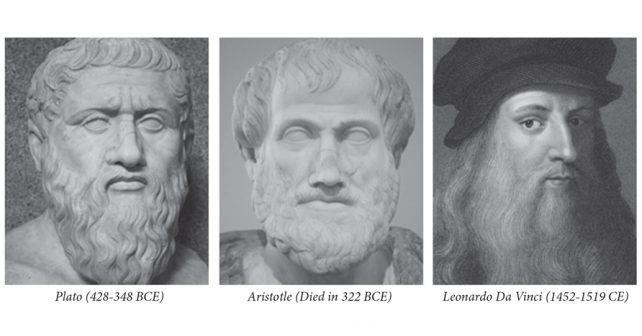 investigator, lecturer and cofounder and head of centre, the Italian skeptics groupa

It may be worth considering what it means to “go against the flow” in science.

What makes a genius rather than a mere mortal or, worse, a fool?  Think of Mozart or Van Gogh, artists who revolutionized music and painting.  In the arts, genius has often been associated with the idea of the artist’s opposition to social norms; examples abound, from Picasso to Pollock, Elvis to The Beatles.  In art, a good artist is often a rebel.  But what about science?

Even though science appears to be a more rational and cautious activity compared to the arts, the link between rebellion and scientific creativity is may be even more revolutionary.

When Galileo said that Earth was not at the center of the universe and that it was not true that the cosmos gravitated toward it, he was not going against fashions or habits; he was going against very strong beliefs, cemented over the course of 2,000 years of history. Aristotle had stated how the universe worked, and his ideas had been repeated until Galileo and Copernicus, with their telescopes, demonstrated that he was wrong.  Or consider Charles Darwin, whose discoveries further demolished the religious-based image of a “special creature” among animals that man had painted for himself.

The reactions to such revolutions were not mere critiques: Galileo was put under inquest by the Inquisition and was forced to recant to save his own life.  Darwin was luckier, for in his time, the Inquisition had been abolished.

What is important is that their discoveries have been validated and their values confirmed by those who came after them.  This not only gave strength to such discoveries but established an idea central to science; the words of an authority have no value unless they are supported by facts.  Facts that are verifiable and repeatable are the only things that matter.

Plato wrote that scientific truths are eternal and never change; it is not so.  As we know, they are considered true until they are shown to be false by contrary experience.  And this is why Leonardo da Vinci represents a fascinating example of someone who understood this principle long before many others did.

Leonardo admitted he was “a man with no letters,” meaning that he did not have a formal academic history.  He had been an apprentice at Verrocchio’s shop, along with other kids such as Domenico Ghirlandaio and Sandro Botticelli-some of the greatest painters of the Renaissance.  This lack of proper, codified education had been to his benefit; he called himself a “disciple of experience.”

Leonardo used to say that every argument that is not born from experience is vain. “Avoid the rules stated by those who do not confirm their ideas with experience,” he wrote.  Nothing that has not been demonstrated by facts can bring any good to man or to his progress.  This is the reason he was rarely wrong; he never forced facts to accord with the hypothesis that he cared about.  Instead, he let the experience show him the way.

We can find an example of this in his studies of the circulation of water on Earth, in one of his manuscripts dated 1508, he opens with the analogy between the small world of man and the big world of Earth.  He writes, “Similarly to men and animals, the body of the Earth is crossed by veins – the waters – that nourish the land and its creatures.” He had gotten his analogy from Vitruvius, the famed Roman architect and engineer.  It was an analogy that agreed with the idea that man was at the center of everything.

It was a fascinating idea, but “experience” was ready to change everything, Leonardo was not one who would simply accept what other had said; he wanted to understand and check it out for himself.  So, if he was comparing man and Earth, he had to know exactly how man and Earth worked.  He did so with his anatomies of dead bodies. And to understand nature, he explored the inside of mountains, collected fossils … and, by the way, was among the first to understand that they were not proof of the universal flood-which he did not believe in – but rather proof that the surface of the earth was very different in ancient times, when water was where mountains are now.  The facts he was able to gather showed him that this analogy was untenable and does not correspond with reality, since water does not go back up into mountains the way blood continually flows inside the body.

So, Leonardo abandoned this idea and tried other ways of reasoning and, eventually by the end of his manuscript, we find that his ideas took him to what we now know is the correct answer: water reaches the mountains because it evaporates, rising in the air, forming clouds that then rain back down on the earth.

The fact that Leonardo did not satisfy himself with the most comfortable explanations but was constantly searching for truth and putting every hypothesis to the test allows us to consider Leonardo’s method a precursor of the scientific method, as were Galileo’s and Descartes’s later.

At the end of his life, Leonardo left.  Italy and went to France, where he had been invited by the king, along with his trusted disciple Francesco Melzi.  When Leonardo died on May 2, 1519 (aged sixty-seven), he left all his manuscripts to Melzi, with whom he had spent the last thirteen years of his life.  Melzi preserved them with affection, like precious relics, but after his death many of those papers were lost.

One apt description of Leonardo was probably very frustrating for him; he was a man who woke up in the middle of the night, too early, while everybody else around him was still asleep.