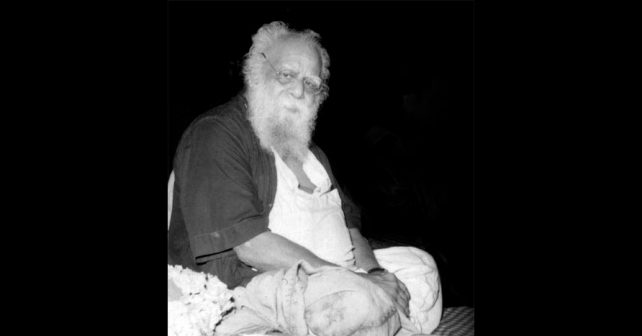 I have chosen the complex inequality structure as my topic for this conference. The unjustified ‘Varnashrama’ has discriminated and divided people as Brahmins, Kshatriyas, Vysyas, Sudras and Panchamas. Who is superior to whom and who is inferior to whom, are confusing puzzles. Besides discussing them, we must also analyse the concept of untouchability.

In our country it is only in the Hindu religion that untouchability is prevalent. Avoiding sight, talk, proximity and touch is untouchability. This injustice is not confined to touch alone but other sorts of contact too. The Vedas, scriptures, manusmriti, mythologies and traditional conventions are cited as the basis of untouchability, by different people. The words used for these five classifications are alien to Tamil language. The entire gradation has its foundation in Manu Dharma Shastra (code of laws) and it is totally irrelevant to the Tamil population. The characteristics assigned to the people of each grade do not match us at all in any way. And yet we have been calling ourselves ‘Sudras’ blindly accepting the stigma.

Manusmriti defines ‘Sudra’ as one who has been sold as a slave, defeated in a battle and enslaved, a commodity for exchange in slavery and illegitimate by birth. It defines him in three other ways too which are as nauseating as the four cited. We have been accepting all the seven definitions and calling ourselves ‘Sudras’ belittling ourselves.

The definitions for ‘Panchamas’ too are unconvincing and baseless. Cobblers, washermen, barbers, elavas and some other downtrodden groups come under this term. People of all the four grades above them have been treating this fifth group as untouchables.

We have also been belittling the panchamas but in my opinion, we Sudras are infact inferior to them if we analyse logically. The fanatics who fabricated graded inequality call us illegitimate, born of whores and concubines. Hence, in a sense Sudra people of low birth are certainly inferior to Panchamas. Don’t you agree with me my dear comrades? Therefore, being called a ‘Panchama’ would make me much more happy than being called a ‘Sudra’. If an illicit relationship had given us life, then in the structure of inequality, we belong to the lowest grade, don’t we?

Not bothered about our own disgrace, we have been belittling our innocent ‘Panchama’ group brothers. We have not allowed them even to come near us and talk or touch us. We have shunned their very sight. We have not been allowing them to have a clean bath, wash their clothes or even to walk freely on roads and streets. We have denied them at times even a cup of water to quench their thirst.

People who are above us have been paying us in the same coin. The people three grades above us avoid our proximity. They do not eat or drink in our presence. Disparity is prevalent even among those three grades above us. Brahmins treat all the Kshatriyas and Vysyas badly. Among Brahmins themselves inequality prevails in some sects. For instance, in cities such as Tiruchendur and in some parts of Kerala, one group of Brahmins disgracefully treats the other group of brahmins.

Some of the Brahmins who say that they treat everyone equally, hurriedly cover their ear with their so-called sacred thread when they happen to talk to a Kshatriya or Vysya individual. They believe Kshatriyas and Vysyas are evil but the sacred thread would ward off the evil and protect them. Obviously, they do not mean what they say. Thus, we belittle one another and the Europeans belittle us all because we are not united. People who rule us take advantage of our inequality and diversity. Our objective should be to eradicate the stigma on all the four inferior grades collectively. Redeeming Panchamas alone from disgrace is not enough. We have to annihilate the humiliation which is common for all of us. Therein lies true abolition of untouchability.

When somebody calls us a ‘Sudra’, we furiously retort – “I have been honoured as a knight. How dare they call me so?” – “I am a rich landlord. Why do they call me a ‘Sudra’?” We proudly talk about several other achievements and protest against being called a ‘Sudra’. But when we try to prevent humiliation to a ‘Panchama’, our own ‘Sudras’ express shock. “How can we relieve Panchamas from untouchability?” “How can we allow them to walk freely on all the streets?” “How can they face us in public?” – Such questions spring from Sudras. Don’t you all agree with me that this kind of double standard attitude on our part is unpardonable? When we crave for social justice, how can we be silent spectators when the Panchamas continue to suffer from social injustice? Is it not unfair? I am surprised when some Sudhras are actually proud of being called so. Should they not feel ashamed when people call them slaves and born of immoral harlots?

Why are we insensitive over our own disgrace? I think it is because we find solace in finding some people below our grade. We are indifferent towards having some people above our grade. We are insensitive in the same manner when our rulers call us “non-Islamists” instead of calling us ‘Hindus’. We have a rich tradition and cultural heritage of our own for centuries! How can we allow others to call us “non-Islamists”? For the sake of jobs and posts we tolerate this disgrace. Inorder to become a member of the State assembly, we willingly endure humiliation. Most of our erudite scholars, elders and prosperous intellectuals do not mind at all when the people ruling us call us ‘non-muslims’. Our selfishness makes us ignore our degradation. If we try to bring about a change and eradicate this disgrace, self centred people among our own grade blame us that we envy them and hate them. We do not get support for our efforts from our own people.

We ridicule the untouchables, cobblers, barbers and washermen as filthy people forgetting the fact that we are responsible for their disgusting appearance and life style. We do not allow them even to drink water. How can they wash their clothes or take a bath? We condemn them for consuming beef and for producing toddy. We shrink our face when we find them stinking. Have we ever helped them take care of hygiene? We breed them as gutter beings and blame them. Should we not plead guilty? What have we done so far to salvage them from disgrace?

I don’t think the untouchables are at fault. If someone prevents us from bathing and washing our clothes, we would also stink, won’t we? Our appearance would also become nauseating if we are tortured as we torture them. Hence, we are undeniably the root cause of the miserable condition of the untouchables.

How can beef eating make a man untouchable? Europeans eat beef and so do Mohammedans. Can we keep them at a distance and treat as untouchables? Besides, I would like to ask if beef eating is a heinous crime and a greater sin than eating meat, pork and fowl? If cow slaughter is a sin, killing a goat or a hen must also be a sin. What is wrong in consuming beef to satiate one’s hunger? Human body is also dissected on a post-mortem table. Can we call the surgeons ‘Panchamas’?

If people who produce toddy for their survival are criminals, what about industrialists who produce brandy, beer and narcotic drugs? Thousands of manufacturers are involved in it minting money. We allow our governments to fill the coffers by the sale of arrack, whisky and many more alcoholic beverages. We hunt jobs in such work spots. We accept education which our rulers offer us using the revenue yielded by such sources. Are they not untouchables like the ‘Panchamas’? If god does exist, should he not end the sufferings of the untouchables? Should he not salvage and liberate them? Would god allow them to rot as slaves and crush them? My dear comrades, think deeply of all these horrendous atrocities and arrive at a conclusion.

Like a pot calling the kettle black, we criticize apartheid and racial wars in Britain, Kenya and South Africa, while inflicting injustice on our own people here. How ridiculous it is to condemn the white people for racial discriminations!

The ill treatment meted out by us to our own people is worse than the torture by outsiders. Millions of rogues and criminals enjoy free temple entry in our country, but the Panchamas are denied entry because they are untouchables by unwritten laws. We are told, the idols in a temple become impure if they enter and worship. Innocent people are charged for blasphemy and sacrilege. What right do we have to talk about humanism and justice when we are ourselves guilty of social evils? Untouchability is a sign of dehumanization. It is high time we annihilated it.