GROWIN INTOLERANCE IN A TOLERANT SOCIETY 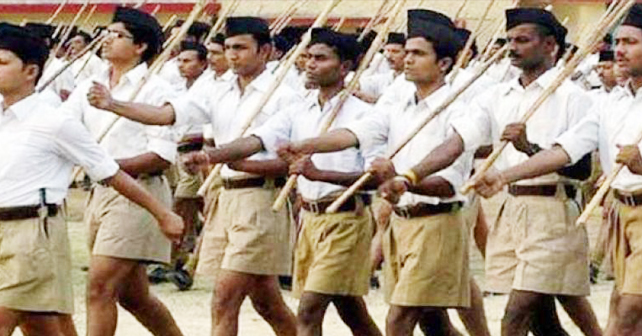 Towards the end of 2015 many writers and eminent citizens returned their national honors; protesting against the growing atmosphere of intolerance. The list was long and this acted as a process where some introspection took place in society. Still the ruling dispensation and its associates in Hindu right wing politics, the RSS combine, began criticizing those who returned their awards, accusing them of being politically motivated.

Most of the awardees stood their ground as the perceptions about tolerance; freedom of expression had crossed the threshold and had undergone qualitative change. This gets confirmed in a 2015 report by US Commission for International Religious Freedom. This USCIRF is a bipartisan US Federal Government Commission. This is first of its kind in the World and is aiming at defending the universal right to freedom of religion or belief in the World. The report is scathing and points out the state of religious freedom in India. As per the report, freedom in India is on a negative trajectory, religious tolerance deteriorated and ‘religious freedom’ violations increased during 2015.

The report points out, “In 2015, religious tolerance deteriorated and religious freedom violations increased in India…minority communities especially Christians, Muslims and Sikhs experienced numerous incidents of intimidation, harassment and violence, largely at the hands of Hindu nationalist groups.”  The report outlines the violations and points that USCRIF will continue to monitor the situation and may have to recommend to the State department that India should be kept under ‘the country with particular concern’. It is a significant report which goes on say that US Government should keep this in mind while shaping the bilateral contacts with India and future of ‘strategic dialogues’ should be determined according to that.

The report suggests that the Indian Government publicly rebut officials and religious leaders who make derogatory statements about religious communities. This is the crux of the matter. Those understanding Indian politics know by now more clearly than before that the leaders making derogatory comments are either directly part of the ruling party, like Sadhvi Niranjan Jyoti, Giriraj Singh (both ministers at the Center) or leading members of Parliament like Yogi Adityanath or Sakshi Maharaj. Then there are others who belong to the affiliate organizations like VHP, Bajrang Dal, which again are part of the broader Sangh Privar or more precisely RSS Combine.

When these statements derogatory to religious minorities are made some from the ruling party will come forward to say that this is not the official position of the party and stop at that. There is neither a reprimand neither demotion of the person concerned. Many have made these derogatory comments even before coming to power like Giriraj Singh but despite that they have been given the positions of power. At these times Narendra Modi, who is presented as a powerful Prime Minister keeps silent for weeks and later comes out with some lame unconvincing statement, which does not take away from the impunity of those indulging in such hate speech.

As such it seems to be a co-ordinated game. Someone makes the provocative statement, and some others from the RSS stable come to defend/justify him/her and some other say it is not official while the PM maintains a deliberate silence. Interestingly some statements need not sound derogatory to begin with. Hindutva’s patriarch RSS Chief Mohan Bhagwat’s statement about shouting Bharat Mata ki Jai (Hail mother India) is very revealing. First, he said that we should teach the younger generation to say this. Then he took a step back saying it should not be compulsory. In response to this Asaduddin Owaisi of MIM gave an unwarranted statement that he will not say so even if a knife is put to his throat. To take the story further Maharashtra Chief minister Devendra Fadnavis said it is a must for all those who want to stay in India. As a matter of fact this is a subtle intimidation of the religious minorities who don’t worship anybody but Allah as per Bharat Mata ki Jai, it becomes like hailing mother Goddess, which they say is not permitted by Islam.

The RSS fellow traveler Yoga guru and entrepreneur Ramdev said that had the Constitution not been there by now lakhs would have been beheaded. These are comments from the top rungs of the political establishment these days. The writers of the report in their naivety may have given this suggestion, not knowing that currently the protection for such divisiveness is coming from the top echelons.

This is not an enviable situation for democracy in India. The quality of democracy is to be judged by the degree of safety and security of the religious minorities. True, even earlier also anti – minority violence was part of the Indian political landscape there but now with the BJP Government at Centre the intolerance and divisiveness has undergone a sea change. What the awardees were feeling has lots of truth; the feeling of insecurity is accompanied by the gag on freedom of expression, which is going together with the intolerance.

The report came out at a time Modi was packing his bags for a major trip to the US. But at best it would probably be another document for the libraries.
Courtesy : Mainstream