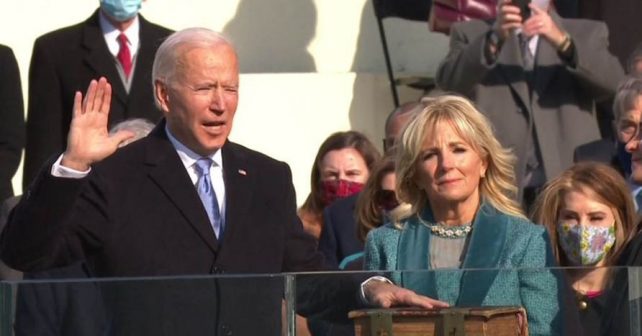 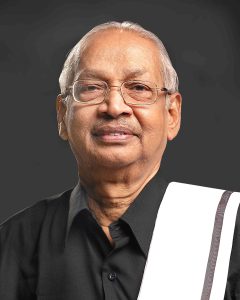 On the swearing-in of Mr. Joe Biden as the 46th President of the U.S., Asiriyar Dr. K. Veeramani, President, Dravidar Kazhagam has released a highly significant statement congratulating Mr. Joe Biden and Ms Kamala Harris conveying his best wishes and greetings. The content is as follows:

On 20th January, 2021, Mr. Joe Biden, 78, was sworn in as the 46th President of the U.S., having won the recently held elections. The swearing-in ceremony was held at 10 am in the morning (about 11 P.M. in India). Along with him, Ms. Kamala Harris, 56, was also sworn in as the Vice-President of the U.S., on behalf of the Democratic Party. She is known for her progressive thoughts and views. She is an ardent fighter for the Black Movement with a glorious connection with the State of Tamil Nadu – India.

Many presidential elections were held in the past but the latest one was sensational and thrilling. During the counting of votes there were intolerable acts of violence backed by the Republican contestant Donald Trump, the former president of the U.S. His protests, which were illegal, tarnished the image of the democracy. The height of intolerance was his instigating the supporters to barge into Capitol Hill and create insurrection. The restive mob provoked by Trump made a mockery of democracy by their unruly behavior, causing indelible smudge. 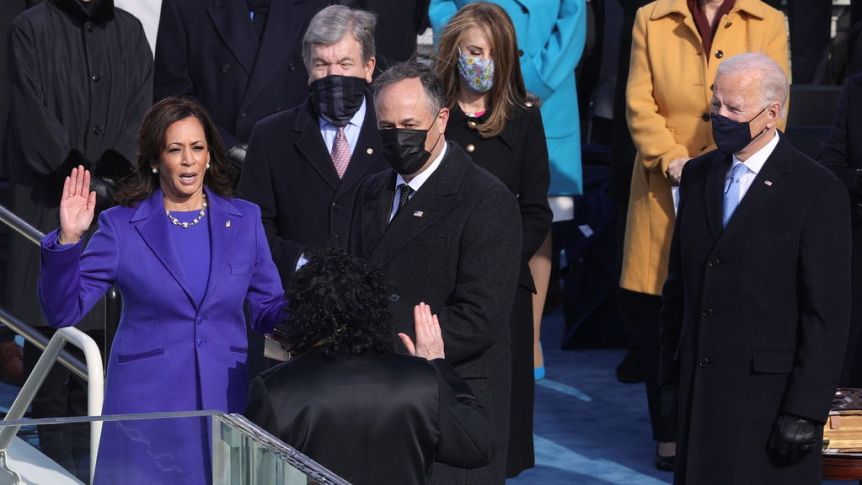 The out gone President Donald Trump who demitted office had not even an iota of qualm until his last day. Political etiquette was totally violated when he stooped to a disgraceful level in igniting unabashed intrusion. Not only the American guardians of democracy, but the custodians of democracy all over the world were disgusted by the atrocious behaviour by outgoing president, Donald Trump.

The President Joe Biden who has sworn in after his historic win is absolutely mellowed, diplomatic and cultured. His humanist approach towards the middle class citizens and all the nonresident immigrants has proved him to be a treasure house of rich experience and impeccable conduct. The modesty and maturity reflected in Joe Biden’s speeches have instilled great confidence in the section of citizens who remained neglected hitherto. They believe now that justice would prevail henceforth by his decisive attitude and firm steps. Kamala Harris too, who has sworn in as the vice-president, has created a new chapter in the history of the mighty nation.

Never in the history of America has a woman served as the president or the vice-president. Kamala Harris has set a new trend by causing a change and achieving the pride as the first woman vice-president of the U.S. – That her roots are in India and her backdrop is our State of Tamil Nadu, doubles our delight. She has demolished the stumbling block of gender bias which hindered women hitherto.

As far as America is concerned, in its 200 year – democratic history, Kamala Harris is the first non-white, South Asian, female relentless fighter for Black people vice-president of Indian origin, sworn-in as per conventions. She had been striving for the rights of the Blacks. A warrior of social justice taking her oath of office is indeed a silent revolution in the history of United States of America.

The historic victory of the Democratic Party has caused not only a change of rule but also a change of scenario which implies redemption for many. Joe Biden has assured to help all the immigrants retrieve the rights seized earlier by the impact of “Trumpism”. He has declared that his measures would be based on justice, with a humanist point of view in all respects. He has announced that constructive political plans would be given priority and chalked out. This is indeed a very good beginning.

Trump Forced to Exit by People for Tarnishing Image of Democracy

Indians and Asians would be offered prominent positions in Biden cabinet which is a commendable and immensely pleasing offer. Coveted portfolios for Indian Americans in the Biden administration welcome. Donald Trump, who tarnished the American democracy by his rightist political arrogance was forced by the people to make a disgraceful exit. This contemptible Trumpism should no longer prevail in the U.S. – seizure of the rights of the minorities must never happen again. Eternal vigilance is required to prevent Trumpism forever.

A few malicious forces in India have been spreading religious fanaticism and a hateful political outlook. The replicas of such nefarious elements may infiltrate even the American administration, under the garb of Democratic Party. Hence it is essential to be alert. No room should be given for concealed animosity.

Former president Donald Trump who has quit, deserves the pride(?) of having been accused twice for impeachment in the Capitol Hill.

Trump was impeached by the House of Representatives on impeachment charges. His case is to face a Senate trial. The plan to adopt the relevant move at the right moment is the best strategy. The poisonous plant has to be weeded out in the larger interest of democracy.

It is not a political vendetta but a precaution to prevent the re-entry of undesirable elements into powers of rule. It is a vaccine to prevent harmful elements from contesting elections and tarnishing again the glorious image of democracy.

Guardians of democracy should welcome the impeachment related resolutions treating it as a measure to safeguard democracy. During the previous elections when Senator Kamala Harris came forward to withdraw her contest, Trump had mocked at her with an uncharitable comment.

An unforgettable turning point in history

In response to the ridicule of Trump, Kamala Harris retorted – “It’s ok! you need not bother about it. I shall head the committee which would be constituted to enquire the charges leveled against you. Let us meet on that occasion.” Her quick retort was undeniably a turning point in history, wasn’t it?

On 20th January 2021 when Joe Biden was sworn-in as the 46th President of America, his speech reflected his great sense of responsibility and duty consciousness. His address was highly impressive in accordance with the canons of democracy.

Joe Biden offered his assurance that as the president of the U.S. he would treat fairly even those who did not vote for him. He promised to provide the nation an eminent governance, devoid of disparity and discriminations. He commenced his tasks as soon as he was sworn-in as the president.

New Belief would be instilled in Countries Worldwide

Joe Biden has reversed most of Trump’s orders soon after the swearing-in ceremony. He signed a series of executive actions with top priority to deal with the COVID 19 pandemic. He signed 15 orders including Paris Agreement on Climate Change, Environmental Governance etc. The executive actions signed by him would ignite sparks of hope in countries all over the world.

We convey our hearty greetings and best wishes to the president and the vice-president who have assumed office. We also greet with pleasure their cabinet members and the well-wishers of their Team.