Here is an alternative to STRESS!

Here is an alternative to STRESS! 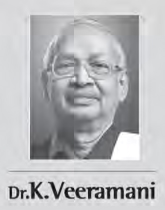 In these days of modern life, every one of us has a problem namely stress, which in its to heart attack and eventually death. The only right remedy for this illness is absolute relaxation. Each one of us has different sorts of pressures and worries and they happen to increase mental stress. Whether it is the rich or the salaried group, there is stress among them due to many different worries.

Recently a scene for the film on Periyar’s life was shot in Malaysia which depicted the reception he received when he visited the country in 1929 in the Harbour of Penang.

Mr.Datho Sami Velu opened the shooting as per our request. I stayed there for a day for this purpose. When I returned, Mr. Datho Sami Velu presented to me from a bookstall nearby, a book authored by one Mr. Jimmy Teo, a business magnate and a great leader. Its title was, ‘A Legacy to my Sons- A Treasure of Valuable Thoughts’, written in simple English bearing seasoned advice to his sons under various headings. There was a separate chapter on stress with a very unique thought.

Many writers and doctors have written only on how to avoid stress. But the idea of this author was totally different. He has advised not to fear stress but to enjoy and taste it. Isn’t it strange and new? He suggests to convert the very stress into a positive catalyst with a constructive thought about it. Each one of us should not be afraid of facing stress. It is necessary to learn to face it boldly and get accustomed to it. We should not fail in this attempt. If we fail, then we have to get into a mental hospital or have to face the last day. We all should not fail to realize that stress is the opposite of laziness.

When we are required to finish an important job perfectly within a specified time, we start doing it after serious consideration and sufficient planning.

Does not this stress inspire to think positively? If there had been no such pressure, we would have remained idle at home. Is it not so? Necessity is the mother of invention. Only when we face challenges and difficulties in our lives, our brain gets sharpened. Don’t we get the opportunity then to utilize our full potential? That is precisely the author presents in a new angle. Humans should not run away without facing problems.

There is nothing in this world for us any such problem that cannot be solved at all. If a man properly uses his reason, his stress will lead him new paths. It is the best use of reason to convert weakness into strength. If we try hard and get tired, it does not harm anybody. But on the contrary, many of those who are lazy soon march to their graves as their body refuses to co-operate with them. Therefore we should learn to divert the stress towards the alternate paths without any fear.