Hereditary Priesthood, must cease at least 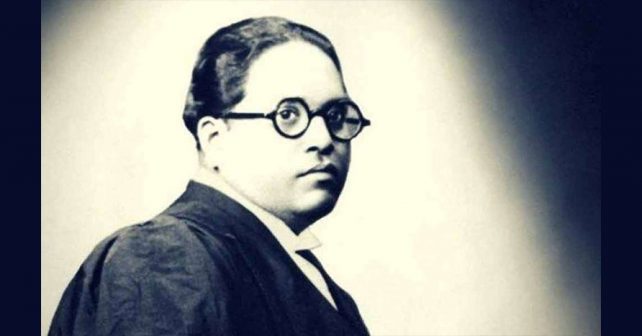 While I condemn a Religion of Rules, I must not be understood to hold the opinion that there is no necessity for a religion. On the contrary, I agree with Burke when he says that, “ True religion is the foundation of society, the basis on which all true Civil Government rests, and both their sanction.” Consequently, when I urge that these ancient rules of life be annulled, I am anxious that its place shall be taken by a Religion of Principles, which alone can lay claim to being a true Religion. Indeed, I am so convinced of the necessity of Religion that I feel I ought to tell you in outline what I regard as necessary items in this religious reform. The following in my opinion should be the cardinal items in this reform :

(1) There should be one and only one standard book of Hindu Religion, acceptable to all Hindus and recognized by all Hindus. This of course means that all other books of Hindu religion such as Vedas, Shastras and Puranas, which are treated as sacred and authoritative, must by law cease to be so and the preaching of any doctrine, religious or social contained in these books should be penalized.

(2) It should be better if priesthood among Hindus was abolished. But as this seems to be impossible, the priesthood must at least cease to be hereditary. Every person who professes to be a Hindu must be eligible for being a priest. It should be provided by law that no Hindu shall be entitled to be a priest unless he has passed an examination prescribed by the State and holds a sanad from the State permitting him to practise.

(3) No ceremony performed by a priest who does not hold a sanad shall be deemed to be valid in law and it should be made penal for a person who has no sanad to officiate as a priest.

(4) A priest should be the servant of the State and should be subject to the disciplinary action by the State in the matter of his morals, beliefs and worship, in addition to his being subject along with other citizens to the ordinary law of the land.

(5) The number of priests should be limited by law according to the requirements of the State as is done in the case of the I.C.S. To some, this may sound radical. But to my mind there is nothing revolutionary in this. Every profession in India is regulated. Engineers must show proficiency, Doctor must show proficiency, Lawyers must show proficiency, before they are allowed to practise their professions. During the whole of their career, they must not only obey the law of the land, civil as well as criminal, but they must also obey the special code of morals prescribed by their respective professions. The priest’s is the only profession where proficiency is not required. The profession of a Hindu priest is the only profession which is not subject to any code. Mentally a priest may be an idiot, physically a priest may be suffering from a foul disease, such as syphilis or gonorrhea, morally he may be a wreck. But he is fit to officiate at solemn ceremonies, to enter the sanctum sanctorum of a Hindu temple and worship the Hindu God. All this becomes possible among the Hindus because for a priest it is enough to be born in a priestly caste. The whole thing is abominable and is due to the fact that the priestly class among Hindus is subject neither to law nor to morality. It recognizes no duties. It knows only of rights and privileges. It is a pest which divinity seems to have let loose on the masses for their mental and moral degradation. The priestly class must be brought under control by some such legislation as I have outlined above. It will prevent it from doing mischief and from misguiding people. It will democratise it by throwing it open to everyone. It will certainly help to kill the Brahminism and will also help to kill Caste, which is nothing but Brahminism incarnate. Brahminism is the poison which has spoiled Hinduism. You will succeed in saving Hinduism if you will kill Brahminism. There should be no opposition to this reform from any quarter. It should be welcomed even by the Arya Samajists, because this is merely an application of their own doctrine of guna-karma.

Whether you do that or you do not, you must give a new doctrinal basis to your Religion a basis that will be in consonance with Liberty, Equality and Fraternity, in short, with Democracy. I am no authority on the subject. But I am told that for such religious principles as will be in consonance with Liberty, Equality and Fraternity it may not be necessary for you to borrow from foreign sources and that you could draw for such principles on the Upanishads. Whether you could do so without a complete remoulding, a considerable scraping and chipping off the ore they contain, is more than I can say. This means a complete change in the fundamental notions of life. It means a complete change in the values of life. It means a complete change in outlook and in attitude towards men and things. It means conversion ; but if you do not like the word, I will say, it means new life. But a new life cannot enter a body that is dead. New life can enter only in a new body. The old body must die before a new body can come into existence and a new life can enter into it. To put it simply, the old must cease to be operative before the new can begin to enliven and to pulsate. This is what I meant when I said you must discard the authority of the Shastras and destroy the religion of the Shastras.