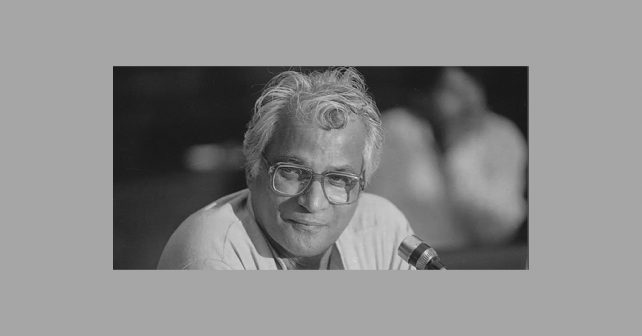 We were greatly distressed to learn about the sad demise of George Fernandes in New Delhi on 29th January 2019.  He has been a long time friend of mine, a fervent adherent of socialist ideology, founder of Samata Party, a trade unionist and a social activist who has been jailed time and again.

He served as minister in the Janata Party government and later in  V.P. Singh’s cabinet.  He allied with the National Front of BJP and became the Minister for Defence. As a defence minister he was so simple that his residence was never locked. He had come all the way to Vallam, Thanjavur, to attend the convocation of Periyar Maniammai College of Technology for Women and again to Nagapattinam for unveiling Periyar statue. He was a close friend of Kalaignar M. Karunanidhi and mine.  He had been confined to bed for some time.

His demise is a great loss to the public life of India. We express our deeply felt condolence to his family and the convener of his movement, Jaya Jaitly.