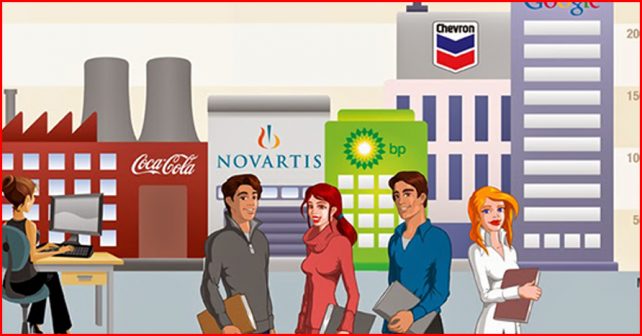 Right since the ruling classes adopted neoliberal reforms in 1991 there has been unmistakable push towards making the higher education self-financing and a commodity in the market to be supplied by private players. The committees such as Punnayya committee (popularly known as the UGC committee) for central universities and Swaminathan Committee (AICTE committee) for technical education institutions were set up in 1993 and 1994 respectively, came out with reports bolstering this neoliberal agenda under the guise of fiscal prudence. Both these committees suggested hike in student fees, revitalization of student loans and sale of consultancy and other services as the alternative non-government measures of resource mobilization to progressively eliminate the need of state funding. Following them, number of committees was set up by State governments for the purpose of fee revision. It consolidated these decisions through an interesting pair of people when the prime minister Atal Behari Vajpayee’s Council on Trade and Industry (PMCTI) constituted a ‘special subject group’ with Mukesh Ambani as convener and Kumarmangalam Birla as a member. This subgroup submitted its report titled ‘A Policy Framework for Reforms in Education’ to the PMCTI on April 24, 2000, which categorically recommended complete privatization of higher education, welcome to FDI in the sector, etc., echoing all that the World Bank had been saying. This framework was never officially accepted but what followed thereafter confirmed to its recommendations notwithstanding a decade of the Congress-led UPA rule in the intervening period.

Following the Ambani-Birla Report during the NDA rule, came in Sam Pitroda’s Knowledge Commission Report and Yashpal Committee Report on ‘Renovation and Rejuvenation of Higher Education’ during the UPA-I and UPA-II governments, respectively. They essentially upheld and extended the neo-liberal agenda in education. The Government made offers of higher education on 24th August 2005 under the General Agreement on Trade in Services (GATS) under the World Trade Organization (WTO) with no limitations on national treatment. As a proactive legislative preparation therefore the government prepared five bills: (i) The Foreign Educational institutions (Regulations of Entry and Operations) Bill, 2010, (ii) The Educational Tribunals Bill, 2010, (iii) The Prohibition of Unfair Practices in Technical Educational institutions, Medical Educational institutions and Universities Bill, 2010, (iv) The National Accreditation Regulatory Authority for Higher Education Institutions Bill, 2010 and (v) the bill in respect of National Commission for Higher Education and Research for facilitating single-window clearance for private/foreign universities. Even before this offer becomes an irreversible commitment after the current round of negotiations, the government proactively rushed to do everything that the GATS might mandate.

Neoliberal onslaughts have impacted higher education all over the world more than industrialization, urbanization and secularization combined as Spanish scholar and an authority on globalization, Manuel Castells, observed. Its economic impact is easily discerned in terms of exclusion of the vast majority of people from access to higher education. In India, this exclusion may be analogized to the exclusion of people of Shudra-Atishudra (Dalits-OBCs) castes by the code of Manu until a century ago. Already, the entire rural India is cut off from the quality. Even though the government had acknowledged the school education as merit good to be provided by the government and passed the controversial Right to Education Act, it had since closed down thousands of schools in the name of rationalization and cleared ground for the entry of private capital even at primary level. The entire education is systematically and secularly reduced to be a monopoly of the moneyed class, excluding the three-fourth of the population.

But the economic exclusion may not be the most pernicious impact of neoliberalism on higher education. It is the hegemony, using Antonio Gramsci’s concept, which is going to last for a long time to come. It has marginalized the notion of education being the basic right, the means to develop critical thinking and instead, making it as the prop for the status quo, producing and reproducing automatons, kind of zombies that run after money.

Author’s Foreword for the book ‘Higher Education under Corporate Clutches’

Since 2014, BJP, the political arm of RSS assumed power at the Centre, the agenda of Saffron forces viz. falsification and fabrication of Indian history is being carried out meticulously unmindful of any adverse criticism. Recently, Prime Minister Modi addressed incorrectly correlating the period of the past army generals of Independent India and the deeds of then defence minister and Prime Minister Nehru.

To fall in line with Prime Minister Modi, Madan Lal Saini, the State President of BJP, Rajasthan, has falsified even without an iota of inhibition the history of Babar, the father of the Mughal Empire, Humayun, while speaking to reporters about the latest lynching held at Alwar district, Rajasthan. The BJP State chief pointed out:

“I recollect, a dying Humayun called Babar and told him that if you want to rule over India, be careful about three things – Cow, Brahmin and Women. No harm should come to their respect. They should not be insulted. India does not tolerate that.”

The historical fact remains Babar, the father of Humayun died in December 1530, more than 25 years before Humayun who died in January 1556 after succeeding his father and ruling over India.

The father died before son is history. State BJP Chief falsified history as if the son died prior to the father by advising a vedic script which protects the interests of brahminical hegemony. After the saffron rulers making tryst of mythology as history, the strategical shift turns into falsification of history itself. Right from Prime Minister down to intermediary leader all speak in unison both in thought and action!

Besides, where was the Concept of India, as political entity during the period of the first Moghul emperor Babar? What could be expected from the communal forces of this calibre which demolished Babri Masjid in 1992?