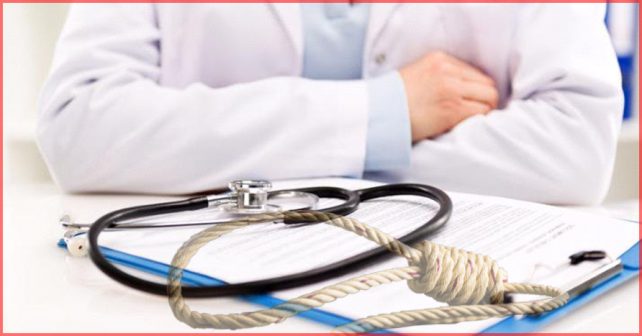 The Constitutional Bench of the Supreme Court of India has rejected a petition on seeking a direction demanding exclusive reservation for ‘in-service doctors’ in admission to post graduate medical courses.

The five judge Constitution Bench of Chief Justice Dipak Mishra and Justices A.K.Sikri, A.M.Kanwilkar, D.Y. Chandrachud and Ashok Bhusan dismissed an application for interim relief to stay Regulation 9(4) and (8) of the Post Graduate Medical Education Regulations, which provide for such reservation to ‘in-service doctors’ in post graduate diploma courses and not degree courses.  The application also sought a direction to allow the Tamil Nadu Government to have 50 per cent reservation for the ‘in-service doctors.’

Justice Chandrachud in the judgment rejected the contention that Tamil Nadu has been following the pattern of reservation in respect of 50 per cent of state quota for the ‘in-service candidates’ from 2007 and it should not be disturbed.

When medical services are in adequate and the professionals are reluctant to serve in rural areas, the Tamil Nadu Government has tackled the problem of allocating 50 per cent of seats in post graduate medical courses in Government colleges to the doctors who had served in rural areas for a minimum period of 3 years.

Out of the total seats available in post graduate medical courses 50 per cent are allotted to Central reservation.  Of the remaining 50 per cent seats, the Tamil Nadu Government will allocate half of the seats to the ‘in-service doctors’ and the other half to the freshers as well as doctors who do not come under the category of ‘in-service doctors’.

The State Government is under the direct responsibility of taking healthcare measures and medical services required for the people of the State.  It is not an issue of demand and supply of health care services based on economic principles.  It is a developmental measure to the people who are not even aware of the health care measures and medical services required for them.  When awareness itself is lacking where is the question of demanding the healthcare services?  As a dutiful welfare state, it is the primary responsibility of the State Government to offer the health and medical services through deployment of medical doctors to the innumerable Primary Health Centres (PHC) opened throughout the State.  With the result Tamil Nadu remains in the forefront of healthcare map of the country comparatively.  When the doctors are not coming forward to serve in rural areas, some sorts of incentives have to be offered by the State Government to the ‘in-service doctors’.  For that, 50 per cent reservation of post graduate medical courses to ‘in-service doctors’ under State allocated seats has come into practice.  In fact, the allocation of seats to ‘in-service doctors’, has to be adhered to even in the Central reservation.  The Central Government is also equally concerned about due health care services to be offered throughout the country.  The reservation for ‘in-service doctors’ has been in practice in one form or other in other States like Maharashtra, Odisha, West Bengal, Jharkhand.

More than the jurisprudence, it is the political prudence of the State Governments that can ensure equity in the dispensation of health care and medical services of the citizens.  The rules and regulations are meant for the welfare of the people and not vice versa.

So, the reservation of seats for ‘in-service doctors’ in post graduate medical courses as practised in Tamil Nadu and in some States has to be emulated by other States and the Union Government has to replicate the ‘Tamil Nadu Model’ and implement it as pan-India phenomenon in higher medical education.

Besides, the Indian Constitution has categorized the governing powers of the authority as Union List, State List and Concurrent List.  The Concurrent List specifically points out medical education and universities under the domain of Union and State Governments.  Both of them have to concur in their views in changing the rules and regulations in the specified areas of execution (‘concurrence’ does not mean, ‘communication’ and ‘consultation’ alone on the part of Union Government with the State Governments).  But in respect of higher medical education all the changes in rules and regulations have been

made by Union Government under the banner of Medical Council of India.
The unilateral decision of Union Government in the rules and regulations in higher medical education and the endorsement made by the apex court of the country is violative to the

provisions of the Constitution.

The Supreme Court Bench says, prescribing a separate source of entry for in-service degree candidate would directly result in a lowering of standards in medical education.  Agreeing with Medical Council of India, the Bench has said that if the state is allowed to have a separate quota for in-service candidates, merit would be compromised.
Flawed NEET Mode:

For all the admissions into medical degrees and post graduate degrees and diplomas, and MCI, in turn Central Government has made NEET marks as mandatory by quoting that NEET would uphold the standards in medical education.  The argument of bringing standards is baseless.  Standards in medical education could be brought only in upgrading the syllabus, developing the infrastructure in medical education and inculcating practical and relevant orientation in medical education.  It has nothing to do with the admission process of the students.  At entry level, only the marks obtained in the pre-requisite courses have to be reckoned to the deserving candidates.  NEET is an entry level filtration which has no connection with the standards ascribed by the Medical Council of India and Central Government.  In any admission process in educational institutions, the marks secured by the candidate is the better yardstick to screen them when the actual vacancies are less than applied for.  Though it is not a fool-proof mode, there is no other alternative mode available at present.  The criteria are the marks, secured in the examination has to be reckoned.  In that count, reckoning the marks secured in NEET is thrust upon, despite a lot of points to disprove the desirabity as well as the equity, involved in the mode of National Eligibility cum Entrance Test for admission of students in medical education.  Still the Central Government is adamant in sticking on to the MCI suggested mode of National Eligibility cum Entrance Test in the admission process of medical education.

Does NEET really choose candidates with good marks in comparison to the other mode of admission process, adopted earlier?  When admission for medical education was allowed by the State Governments based on Class 12th Exam marks as well as through NEET mode as optional, the minimum marks prescribed for application to medical education was 50 per cent for general category and 40 per cent for reserved category.

In NEET 2016 process, under general category, students who had secured 148 marks (of total 720 marks) or 20.6 per cent in NEET were admitted to a private college in Uttar Pradesh which is a deemed university.  Some of the best-known private colleges in the country have admitted students with less than 40 per cent marks in the general category and under 30 per cent in the reserved categories.

Are not the students, who secured the minimum of 50 per cent marks, (practically many students secured more marks higher than 50 per cent) in class 12th exam under state syllabus, meritorious than the students admitted with less marks in National Eligibility cum Entrance Test who become eligible under ‘percentile’ prescription?  Anitha who was more meritorious than the presently admitted candidates became a victim and lost her life.  It is not one Anitha!  More Anithas have not come to limelight.  What merit and standards both the Central Government and Medical Council of India try to bring?  Still if NEET is the apt mode to bring the standards in medical education (both in Graduation and Post Graduation) it is worse than a blind man searching a black cat, in a dark night which is not actually there?

If the reasonable as well as suitable mode adopted by the State Governments are rejected by Judiciary and the Central Government keeping deliberate silence without cognizant of the happenings, the very polity of democracy would be at stake.  Days are not far off for the dutiful citizens to revolt!