Hindus and patriotism: Why RSS chief is wrong 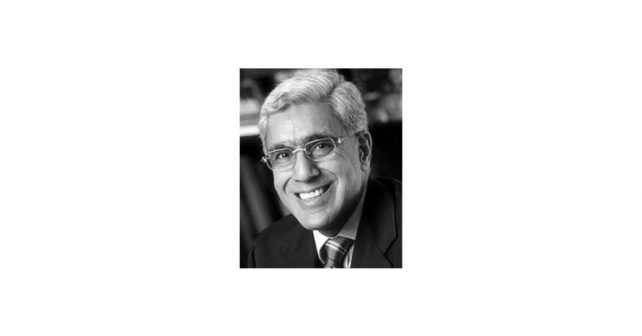 However, I suspect that Mr Bhagwat would simply brush aside all the evidence of history that I have just marshalled

We are all prone to saying foolish things. I do so quite often. In fact, it’s probably one of the qualities that make us human. On the other hand, robots or creatures that work on artificial intelligence are never foolish, although they could be wrong. However, there’s a significant difference between the harmlessly foolish and the defiantly stupid. The latter, particularly when its acted upon, can be dangerous.

I’m afraid that the comments made by the sarsanghchalak of the Rashtriya Swayamsevak Sangh fall squarely into the latter category. I know my saying so will infuriate RSS members and the sarsangchalak’s army of fans but that can’t be helped. I would have to call a spade a fruit fork if I opted for gentler terminology!

At a book launch held recently Mohan Bhagwat said: “If someone is Hindu, he has to be patriotic, that will be his or her basic character and nature”. Just in case that wasn’t clear enough, he added: “A Hindu can never be anti-Indian”. Much as he might want that to be the case, it simply isn’t true.

First of all, our history establishes that there is no shortage of Hindus who have been traitors it’s another matter that the country may not have been called India at the time. Amongst the earliest was Raja Aambhi of Taxila. Apparently, he had helped build the bridge cross the Indus river which enabled Alexander to invade the country. That was way back in 326 BCE.

Jump a few centuries to Raja Jaichand. In CE 1192, he supported Muhammad of Ghor against Prithviraj Chauhan. It didn’t matter to him that Chauhan was his son-in-law. It’s said the desire for revenge because Chauhan had eloped with his daughter outweighed any qualms about assisting the Afghan invader.

However, don’t assume it’s only in ancient or medieval times that Hindus were traitors. Modern Hindus are really no different. We have several examples of Hindu treachery from the British Raj. One of the most striking is Jayajirao Scindia, the Maharaja of Gwalior, who in 1857 supported our conquerors. There are accounts that suggest his part in helping the British capture the Rani of Jhansi was by no means inconsequential.

And so to our own time. I’m not sure how one should think of the likes of Chhota Rajan, Vijay Mallya, Nirav Modi or, even, Lalit Modi. I certainly wouldn’t accuse them of treason, but I would hardly call them patriots. And remember, every one of them is a Hindu.

However, I suspect that Mr Bhagwat would simply brush aside all the evidence of history that I have just marshalled. I believe his actual, but unstated, point is that India’s minorities cannot be as patriotic as its Hindu citizens. This, presumably, is what he means when he said a Hindu is patriotic by “his or her basic character and nature”, and “a Hindu can never be anti-Indian”.

Alas, even by this interpretation, the sarsanghchalak is simply wrong. And since it is the acts of valour against the Pakistanis that are most likely to impress him, let me gently remind him of the honours won by Muslim soldiers in battles against our western neighbour although he has no business to have forgotten about them! Havildar Abdul Hamid won the Param Vir Chakra, India’s highest award for gallantry, in 1965. Brig. Mohammad Usman posthumously won the Maha Vir Chakra in 1947. Lt. Col. Salim Caleb in 1965.

If this fails to convince Mr Bhagwat, then let me add what should be the clincher. The Army Chief who defeated Pakistan in 1971 a victory that the RSS holds in high esteem was a Parsi. The general who by common consensus has been accorded the greatest credit for India’s military performance in 1965 was a Sikh. The chief of staff of the Eastern Command who left Pakistan’s Lt. Gen. A.A.K. Niazi no option but to surrender in Dhaka in December 1971 was a Jew. None of the three would have been offended to be called a Hindu, but each of them would have considered the sarsanghchalak’s statement ridiculous.

Unfortunately, it’s a lot more than that. It’s dangerous. The sarsanghchalak’s statement divides us, the people of India, on the spurious grounds that Hindus are automatically and naturally patriotic whilst the rest of us are not. This is not just untrue, it’s also wicked. It seeks to sow the seeds of doubt, suspicion, distrust and, eventually, difference between Indians.

The undeniable truth is that patriotism is defined by the love of one’s country, not by the character of one’s religion. And it’s important to remember the opposite is also true. Hindus are as capable of hating their country as an Indian of any another religion.

There is, however, a further, though tiny, question the sarsanghchalak hasn’t asked himself. What would patriotism amount to for the millions of Hindus who have left India to settle abroad and become citizens of another country? They carry British, Canadian or United States passports. Often their children don’t speak an Indian language. In fact, only in terms of origin do they accept their connection with India. In every other way they consider themselves British, Canadian or American. Does Mr Bhagwat realise and accept that for them patriotism would be love of the country they were born in, whose passport they hold and whose future will determine their own?

Let me make one last point. The sarsanghchalak has also said that “if one loves his country, that doesn’t only mean the land, it means its people, rivers, culture, traditions and everything”. Here I agree with him but only because this is a statement of the obvious. More importantly, it’s not something that applies only to Hindus who love India. It’s as true of the French and the Germans, Nigerians and Burundians, Australians and Argentinians and even, dare I say it, the good folk of Lapland.

I guess the point I’m making is simple. If we want our country to survive and flourish, let’s stop trying to define patriotism as a Hindu attribute and let’s discard the belief that Hindus are special or better. Otherwise, we could end up like Yugoslavia.