HOW THE UPANISHADS CAME TO BE MADE SUBORDINATE TO THE VEDAS? 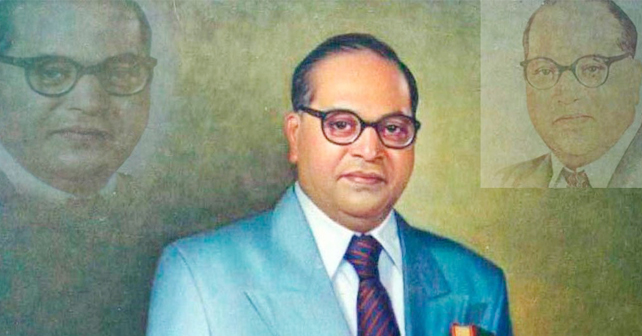 The position of Jaimini is stated by Badarayana in his Sutras 2-7, and explained by Shankaracharya in his commentary.

“No one undertakes a sacrificial act unless he is conscious of the fact that he is different from the body and that after death he will go to heaven, where he will enjoy the result of his sacrifices. The texts dealing with self-knowledge serve merely to enlighten the agent and so are subordinate to sacrificial acts.”

In short Jaimini says that all that Vedanta teaches is that self is different from the body and outlive the body. Such a knowledge is not enough. The self must have the aspiration to go to heaven. But it can’t go to heaven unless it performs Vedic sacrifices which is what his Karmakand teaches. Therefore his Karmand is the only Salvation and that the Jnankand from that point of view is quite useless. For this Jaimini relies on the conduct of men who have believed in Vedanta:

“Janaka, emperor of Videha performed a sacrifice in which gifts were freely distributed (Brih 3.1.1). I am going to perform a sacrifice sirs (Chh.5.11.5). Now both Janaka and Asvapati were knowers of the Self. If by this knowledge of the Self they had attained Liberation, there was no need for them to perform sacrifices. But the two texts quoted show that they did perform sacrifices. This proves that it is through sacrificial acts alone that one attains Liberation and not through the knowledge of the Self as the Vedantins hold.”

Jaimini makes a positive assertion that the scriptures unmistakably declare “that knowledge of the Self stands in a subordinate relation to sacrificial acts”. Jaiminis justifies it because he says “the two (knowledge and work) go together (with the departing soul to produce the results).” Jaimini refuses to give an independent position to Badarayana’s Jnanakanda. He takes his stand on two grounds.

First : “Knowledge of the Self does not independently produce any result.”

Second : According to the authority of the Vedas “Knowledge (of Self) stands in a subordinate relation to work.”

What is the position of Badrayana towards Jaimini and his Karma Kanda? This is explained by Badarayana in sutras 8 to 17.

The second position taken up by Badarayana is that the Vedas support both knowledge of Self as well as sacrifices.

The third position taken up by Badarayana is that only those who believe in the Vedas are required to perform sacrifices. But those who follow the Upanishads are not bound by that injunction. As Shakaracharya explains:

The fourth position taken up by Badarayana is that Karmakanda is optional to those who have attained Brahanand. As Shankaracharya explains:

“The some have of their own accord given up all work. The point is that after knowledge some may choose to work to set an example to others, while others may give up all work. There is no binding on the knowers of the Self as regards work”.
His late and final position is that:

“Knowledge of the Self is antagonistic to all work and so cannot possibly be subsidiary to work.”

And as evidence in support of it he relies on the scriptures which recognizes Sannyasi as the fourth Ashram and relieves the Sannyasi from performing sacrifices prescribed by the Karmakanda.

This is not all. What Badarayana does is to use the term Vedanta to cover two senses. He uses it also so as to emphasize that the Upanishads do form a part of the Vedic literature. He uses it also to emphasize that Vedanta or the Jnyanakanda of the Upanishads is not opposed to the Karmakanda of the Vedas that the two are complimentary. Indeed this is the foundation on which Badarayana has raised the whole structure of his Vedanta Sutras.
This thesis of Badarayana– which underlies his Vedanta Sutras and according to which the Upanishads are part of the Veda and there is no antagonism between the Vedas and Upanishads – is quite contrary to the tenor of the Upanishads and their relation to the Vedas. Badarayana’s attitude is not easy to understand. But it is quite obvious that Badarayana’s is a queer and a pathetic case of an opponent who begins his battle by admitting the validity of the premises of his adversary. Why did Badarayana concede to Jaimini on the question of infallibility of the Vedas which were opposed to the Upanishads? Why did he not stand for truth, the whole truth and nothing but the truth as expounded by the Upanishads? The Badarayana has in his Vedenta Sutra betrayed the Upanishads.

Why did he do so?

Source : ‘Riddles in Hinduism’ – Dr.Babasaheb Ambedkar Writings and Speeches – Vol 4. published by the Government of Maharashtra, 1987.