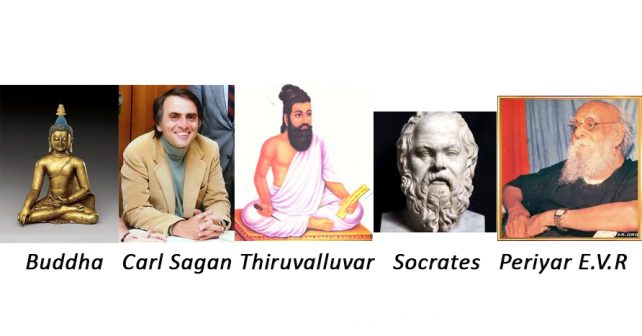 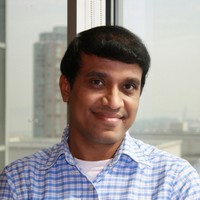 The philosophy of Humanism is centered on life of the humankind, rather than any supernatural stuff propounded by the same humankind. In the modern era, Humanism has gone the non-religious way, with nontheistic and secular outlook. It engages with science, rather than a supernatural source. But Humanism was not always secular during the Age of Renaissance and the Ages before. After all, Religions also claim that they engage in the welfare of the humanity. But when it comes to their own authority, this engagement takes a back seat, and we have seen that all along the annals of history.

Yet, there are a few humanists from history, who still inspire modern humanism.

French Enlightenment, though not humanism in a strict sense, inspired the movement via the principles of Reason and Secularism, as advocated by Voltaire, Rousseau, Kant and others. There are also other notable thinkers in the branch of Marxist Humanism.

When Buddha first asserted that there is ‘No Soul’ (Anatta or Anātman), it shook the foundations of many religions. When he denied the permanency of soul in living beings and other supernatural theories thereof, he espoused the cause of ‘Developing the Self’, instead of assigning one’s development to some heavenly fallacy. May be, the first seed of Humanism was sown there and it has come a long way through the ages.

At the 1st World Humanist Congress in the Netherlands in 1952, Humanists International agreed on a statement of the fundamental principles of modern Humanism which is called the Amsterdam Declaration. It was updated in 2002 and now serves as an official statement of Global Humanism. A shortened version is as follows, which will guide us.

Humanism is both an individual philosophy and also a social movement. The growth of Humanism has brought in a distinct change amongst various societies. Many people across the world have picked up rational paths and truly believe that, living a happier life with a free mind, does not require any supernatural help. Many Scientists have thrown their weight behind Humanist Movements.

Some Humanist Associations have even challenged Governments on their theistic and religious stands via legal systems, and have constantly engaged with the Government to adopt a more secular governance. Humanist Arts & Literature have grown in leaps and bounds, feeding to the rational thinking of the populace. Human Rights, Women’s Rights and LGBT movements have partnered with many Humanist Associations and are jointly fighting for the cause of Social Justice.

Yet, Humanism hasn’t fully reached to the lower sections of the society, especially the under privileged, down-trodden and the poor. As we saw from the above table, many Humanist Philosophers have championed rational thinking and self-development. But they remain as theories of the well- educated, while there are many countries in the world, which still have lower literacy rates and socially/religiously oppressing communities. So, how do we deliver Humanism to those people?

The message of Humanism has not really percolated to the roots and lower rungs of the Society. This is a big challenge faced by Humanists of the Modern Era. Every small success in this direction inspires a case study amongst the Humanist Circles, and they wish to amplify Humanistic efforts toward this goal.

The Eastern and Western Civilizations were not only different because of their geographical areas, but also because of their societies. The social class system, agriculture & trade, religion & governments – all played a huge role in this East-West dichotomy.

These days, this characterization is criticized for creating an artificial construct that allows the western voice, to claim authority to speak for the eastern voice. Mark T. Berger in his work ‘The Triumph of the East? The East Asian miracle and post-Cold War capitalism’ talks on this issue, and admonishes the elites of the West who spoke not only for their nations, but even for the East – the Asia and the Asians.

Humanism is beyond geographical boundaries and affirms personal fulfillment that aspire to the greater good. Yet, this East-West dichotomy has played an undercurrent in Humanism as well. As we saw in the prior paragraphs, Humanism has not really percolated to the lower rungs of the society and still stays a bit elite in philosophy, that the poor and oppressed communities find it difficult to understand and appreciate. May be the poverty lines and population explosions are more significant in the East, compared to the economies of the West, and hence this gap.

But without bridging this gap, Humanism cannot be delivered in full, to the Humans of the World. Humanism is a sum product of all the local humanisms, be it East or West. That is truly, the essence of Global Humanism.

(Dr. Kannabiran Ravishankar (KRS) is a researcher and an adjunct professor in Comparative Literature (Tamil) at the Université Paris – Sorbonne and an investment banker and a passionate advocate of the thanithamizhiyakkam. He has authored the books: ‘The Unknown Tamil Language’ (aRiyapadathaTamizhmozhi), ‘What is Tamil?’ and ‘Humanism & the Dravidian Movement’.)