Humanism in South India and Beyond 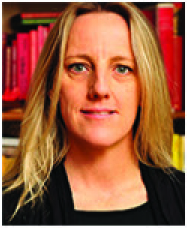 “Humanism will be the only ‘ism’ in the future. That is what we are training for.”

These were among the opening words at the International Humanism & Self-Respect Conference held at the Montgomery College Cultural Arts Center in Silver Spring, Maryland, On 21st & 22nd September 2019 They were spoken by Dr. Soma. Ilangovan, president of the hosting organization, Periyar International, a group dedicated to the teachings and legacy of the twentieth-century Indian civil rights leader “Periyar” E.V. Ramasamy. Commonly referred to by his nickname, Periyar is revered in the South Indian state of Tamil Nadu for championing humanism and challenging the caste system.

The American Humanist Association provided support for the conference, which featured presentations by a mix of US secular leaders, several Tamil scholars from Germany, and numerous South Indian humanists. Speakers from this last community (many of whom traveled from India) spoke of their history and about Periyar’s self-respect movement, which continues to push for the eradication of the caste system and is committed to female empowerment and economic and social equality for all.

US Representative Jamie Raskin (D-MD) addressed the several hundred in attendance (Silver Spring is part of his district, and he’s also a strong supporter of humanism and the Congressional Freethought Caucus). “America is a nation conceived with the idea of freethought,” he said, noting that self-respect is partly about “not allowing ourselves to be cowed or controlled by other people’s ideologies.” He thanked the humanists before him for their continued fight for justice.

A panel on “Humanism & Self-Respect in the US Diaspora” featured several younger Tamil activists living in the United States who dispelled a number of misconceptions Americans have about Indians in general (e.g., people from India aren’t all vegans). They also reported on continued caste discrimination in the United States and efforts to add “caste” to the Civil Rights Act as a prohibited form of discrimination.

The Humanist Lifetime Achievement Award was presented by AHA Executive Director Roy Speckhardt to Dr. K. Veeramani of India. Veeramani is the president of the Dravidar Kazhagam, a social movement dedicated to social reformation in Tamil Nadu. A social activist who worked alongside Periyar, Veeramani now publishes several rationalist magazines for children and young people. In his remarks to the younger panelists, he said the conscience of Periyar was being handed down to them to continue his legacy. He also closed the conference, echoing Ilangovan’s opening salvo in calling upon those present to seize the moment and fight for a world founded in humanism, justice, and self-respect.

In all, it was a humanist conference like none I’d ever been to. Enthusiastic and at times bombastic announcements of speakers, programs, and new books were met with equal enthusiasm from the audience. There was an abundance of clapping, laughing, chatter, cell phone noise, whistles, whoops, and baby cries. Accompanying the lively auditory stimuli was a beautifully adorned stage. The podium was covered in gold velvet drapery to which silk roses were pinned. Flower pots were placed along the front of the stage and on plenary tables covered in bright silks. At once feeling like a foreigner and a fellow humanist, I was fascinated and moved by this community and by their dedication to rationalism, equality, and human dignity.

As Western humanists, we tend to consider European enlightenment thinkers as the sole progenitors of the philosophy. Periyar International’s Humanism & Self-Respect conference serves as a reminder that secular humanist ideals and principles have developed independently in other parts of the world, which only lends credence to their value and validity.