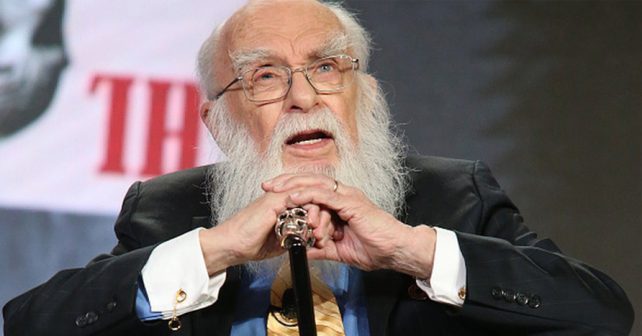 James Randi, an inveterate skeptic and challenger of paranormal power, passed away on 20th October 2020 in USA at the age, 92. He lived as an internationally acclaimed magician and escape artist. He used to tell himself, “I am an explainer. I’m certainly not trying to do magic. But I’m obsessed with exposing those who use it fraudulently”. His contention on magic is that it is based solely on earthly sleight of hand and visual trickery. Nothing divine or supernatural prevails in it. He was always careful to describe himself as an investigator, not a debunker and insisted he was always open to the possibility of super natural phenomenon but simply found no evidence of it after decades of research. By challenging along with the Committee for the Scientific Investigation of Claims of the Paranormal he offered a payout ranging up to $ 1 million to anyone who could demonstrate a supernatural or paranormal phenomena under mutually agreed, scientifically controlled conditions. Randi said while there were many takers, none of them earned a cent.

At a public healing session led by televangelist Peter Popoff in Detroit in 1955, Randi sent in a man disguised as a woman, whom Popoff promptly cured of ‘uterine cancer’.

Randi was condemned as an emissary of the devil, receiving hate mail and threats veiled in biblical references. He was frequently sued for defamation and loss of income by those he pursued, but he claimed he never paid a dime in damage.

Randi toured the world extensively, wowing through with his standard magic shows but also challenging claims of paranormal and other inexplicable phenomena, from household poltergeists and Ouija boards to flying saucers and reports of ships and planes lost in Bermuda Triangle. All he found were based on exaggerated stories, media hope or physical manipulation.

As a pioneer of skeptical movement, James Randi has contributed a lot for the cause of humankind nurturing rationalist outlook and to act accordingly.

As a rationalist movement, Dravidar Kazhagam pays respect to the great warrior who fought against the so-called supernatural and paranormal deeds that attempt to keep the humankind stagnant both in thought and action.