If hereafter things go wrong, we will have no body to blame 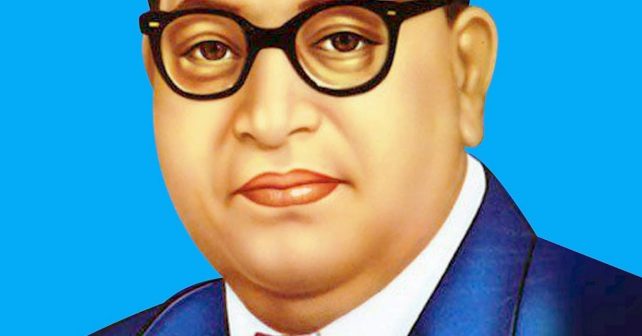 In his final speech in the Constituent Assembly on 25th November 1949, Dr. Ambedkar presents his justification for the Constitution, in terms of the process undertaken to draft it, as well as its final form.
Notably, Dr. Ambedkar also goes on to outline certain standards that have to be necessarily adhered to if India is to progress as a nation. What emerges from the content of this speech is the picture of a visionary, who was wise enough to warn the country of the pitfalls of taking its independence for granted.

The significance of a working parliamentary democracy
While there is no direct discussion on this aspect, Ambedkar’s reflections on the productive discussion that was undertaken to draft the Constitution assume contemporary significance, especially given that parliamentary adjournments appear to be the norm of the day.
“The task of the Drafting Committee would have been a very difficult one if this Constituent Assembly has been merely a motley crowd, a tessellated pavement without cement, a black stone here and a white stone there is which each member or each group was a law unto itself. There would have been nothing but chaos…
… The proceedings of this Constituent Assembly would have been very dull if all members had yielded to the rule of party discipline. Party discipline, in all its rigidity, would have converted this Assembly into a gathering of yes men.”
Ambedkar in fact goes on to thank dissenting voices for having enriched the discussion on the assembly floor.
“Fortunately, there were rebels, remarks Ambedkar. “They were Mr. Kamath, Dr. PS. Deshmukh, Mr. Sidhva, Prof. Saxena & Pandit Thakur, Das Bhargava alongwith they I must mention Prof. K.T Shah and Pandit Hirday Nath Kunzru. The points they raised were mostly ideological.”
In an era where the opposition’s role is often relegated to acting in blind protest or dismissed as noise, Ambedkar’s stance is well worth emulating.
“That I was not prepared to accept their suggestions does not diminish the value of their suggestions nor lessen the service they have rendered to the Assembly in enlivening its proceedings. I am grateful to them. But for them, I would not have had the opportunity which I got for expounding the principles underlying the Constitution which was more important than the mere mechanical work of passing the Constitution.”

The Constitution depends on those called to implement it 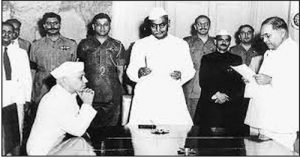 The dangers of placing Creed over Nation
Referring to historical events such as the invasion of Sind by Mohammed-Bin-Kasim, the invasion by Mohammad Ghori to fight against Prithviraj Chauhan, as well as disunity among Indians in the fight against the British colonial rule in 1857, Ambedkar has noted that,
“…not only India has once before lost her independence, but she lost it by the infidelity and treachery of some of her own people.”
In this context, he goes on to remark,
“Will history repeat itself? It is this thought which fills me with anxiety. This anxiety is deepened by the realization of the fact that in addition to our old enemies in the form of castes and creeds we are going to have many political parties with diverse and opposing political creeds.
Will Indian place the country above their creed or will they place creed above country?
I do not know. But this much is certain that if the parties place creed above country, our independence will be put in jeopardy a second time and probably be lost forever. This eventuality we must all resolutely guard against. We must be determined to defend our independence with the last drop of our blood.”

Hero-worship, bhakti in politics a sure road to dictatorship
“There is nothing wrong in being grateful to great men who have rendered life-long services to the country. But there are limits to gratefulness, as has been well said by the Irish Patriot Daniel O’Connell, no man can be grateful at the cost of his honour, no woman can be grateful at the cost of her chastity and no nation can be grateful at the cost of its liberty.
This caution is far more necessary in the case of India than in the case of any other country. For in India, Bhakti or what may be called the path of devotion or hero-worship, plays a part in its politics unequalled in magnitude by the part it plays in the politics of any other country in the world. Bhakti in religion may be a road to the salvation of the soul. But in politics, Bhakti or hero- worship is a sure road to degradation and to eventual dictatorship.”

On paving the way to becoming
a true nation
Ambedkar warns against taking for granted that a diverse country like India would automatically become a nation. Referring to the deliberate decision of US citizens to term their country the United States of America, rather than the United Nation, Ambedkar remarks,
“If the people of the United States could not feel that they were a nation, how difficult it is for Indians to think that they are a nation. I remember the days when politically- minded Indians, resented the expression ‘the people of India.’ They preferred the expression the ‘Indian nation.’
I am of opinion that in believing that we are a nation, we are cherishing a great delusion. How can people divided into several thousands of castes be a nation?
The sooner we realize that we are not as yet a nation in the social and psychological sense of the world, the better for us. For then only we shall realize the necessity of becoming a nation and seriously think of ways and means of realising the goal.
The realization of this goal is going to be very difficult – far more difficult than it has been in the United States. The United States has no caste problem. In India there are castes…But we must overcome all these difficulties if we wish to become a nation in reality. For fraternity can be a fact only when there is a nation. Without fraternity, equality and liberty will be no deeper than coats of paint.”

If things go wrong, we will have nobody to blame except ourselves
Ambedkar’s final words on the topic sums up his views on the measure of responsibility owed to preserve the idea of India, as envisioned in the Constitution.
“…let us not forget that this independence has thrown on us great responsibilities. By independence, we have lost the excuse of blaming the British for anything going wrong. If hereafter’ things go wrong, we will have nobody to blame. Except ourselves…
…If we wish to preserve the Constitution in which we have sought to enshrine the principle of Government of the people, for the people and by the people, let us resolve not to be tardy in the recognition of the evils that lie across our path and which induce people to prefer Government for the people to Government by the people, nor to be weak in our initiative to remove them.
That is the only way to serve the country. I know of no better.”

Tags: If hereafter things go wrongwe will have no body to blame