India a Liberal Democratic Republic – Only on Paper 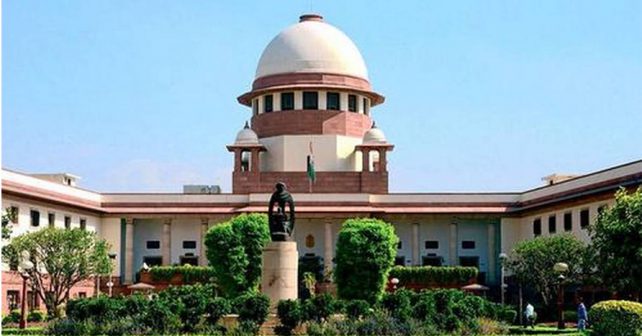 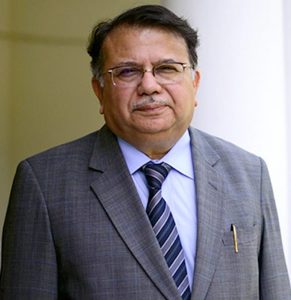 Former Chief Justice of Delhi High Court, Justice AP Shah, gave the Justice Hosbet Suresh Memorial Lecture on Friday, 18th September 2020, in which he talked about how India is not living up to the principles of a liberal democratic republic.

Good evening to all of you present here today. I would like to extend my thanks to Mr. Irfan Engineer for having organised this event, and invited me to be a part of it, and am delighted to be sharing the same space with Mr Dushyant Dave.

When Mr Engineer informed me that Justice Suresh was going to be posthumously awarded the Dr Asghar Ali Engineer Lifetime Achievement Award, it struck me that there could be no better person for this recognition.

I was fortunate to have met Dr Engineer once, and of course, known and appeared before Justice Suresh several times. Both men were similar in many ways. Both were activists in their own right. Dr Engineer was a reformist, and fought for change in the Dawoodi Bohra community, and his valuable contributions to studies in peace, non-violence and communal harmony are well-regarded. Equally, Justice Suresh was known, especially in his three decades of public life after retirement, for his path-breaking contributions to the human rights space. Wherever there were instances or occasions of human rights violations, Justice Suresh’s wisdom, presence and support always made an appearance.

The commitment of Dr Engineer and Justice Suresh to their causes and what they identified as their life missions was unshakeable. Even in the face of physical and verbal attacks, which both men had to face to varying degrees, they continued to stand up tall, perhaps aware that their display of such courage under fire was necessary to set an example for ordinary people like us to keep fighting for just causes. Justice Suresh said that ‘his voice was his conscience’, which was also the title of a book he wrote. This applies to Dr Engineer in equal spirit. I would say that both their voices were the conscience of the nation, and we should be ever grateful to them for showing us all the path.

The Supreme Court’s Glorious Past

It is in this same spirit that I speak here today of what I believe is one of the most troubling developments of our time: the decline of the Indian Supreme Court. As a former judge, at the very least I believe it is my duty to ring some warning bells.

The political thinker, Edmund Burke, said that judges are trained so that they can detect misgovernment, and especially, “sniff the approach of tyranny in every political breeze”. This is the kind of Court we need, but unfortunately this is not the Court we have right now.

The Supreme Court has had a glorious past that it should be proud of. The statesmanship that the 13-judge constitutional bench exhibited in the decision in Kesavananda Bharati, where the basic structure doctrine was laid down, and judicial custody of the Constitution reclaimed, is but one shining example of what the Court is capable of. Indeed, Granville Austin said that the Court had established itself as “the logical, primary custodian” of the Constitution, and “its interpreter and guardian.”

The Supreme Court started out as a passive court. Slowly but surely, as the institution understood its role in the governance of the nation, it expanded its authority, thus laying the foundation for an activist role in future. Kesavananda Bharati was the start of all this. Over the years, there were many judgments that cemented the Supreme Court’s identity further. Notable amongst these were Maneka Gandhi, Frances Coralie Mullin, and International Airports Authority, where, variously, due process was introduced, and there was an expansion of the rights enshrined in Article 21 of the Constitution.

The “invention” of the public interest litigation marked the beginning of what has been termed the “socialist judicial” era, where the Court’s activist role came into prominence. In the late 1990s, it expanded its scope into relatively less-explored territories, such as environmental protection, using its powers to tackle important questions in that arena. In doing so, it also entered the domain of the executive, and was roundly criticised for this. This criticism is not unwarranted, and indeed, even though it has its advantages and there is a tendency to praise the instrument, the PIL has been abused on some occasions. But this is not the place to talk about this.

It is not as though the Supreme Court did not have its ups and downs. Most notoriously, in the ADM Jabalpur case, there was a moment of realisation that the Court had gone astray, and the years that followed were doggedly spent in restoring some respectability to the institution. The 1980s and 1990s reversed its reputation, and for a brief period, it seemed as though the Supreme Court had returned to being the sentinel on the qui vive, which the first generation of judges had hoped it would remain. Now, however, we seem to have regressed once again, and desperately need a wakeup call in order to avoid another Emergency-like disaster. 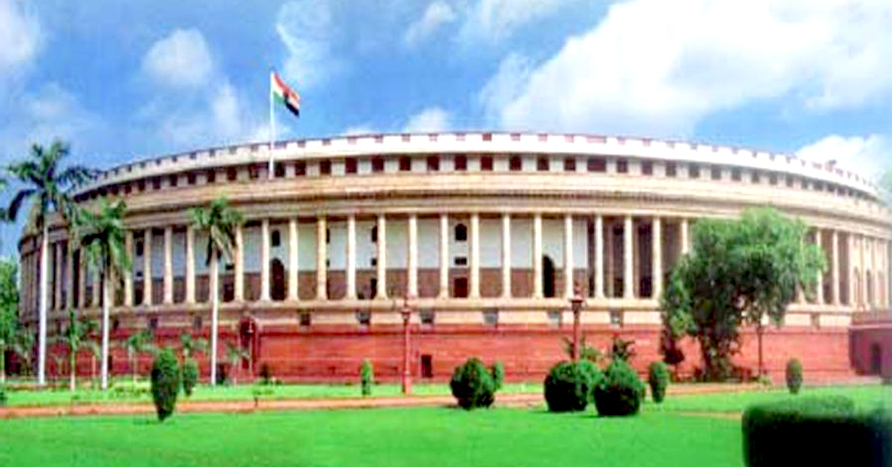 You may well ask why this is all relevant. On paper, we have a liberal, democratic, secular republic with all its wheels in place. We have fundamental rights tightly ensconced behind seemingly impenetrable firewalls. With a parliamentary system of government, separation of powers, and a federated division of responsibilities between the Centre and States, we have a system that is the envy of many. On paper, the all-powerful executive is held accountable to the people through the legislature; and to the Constitution and the rule of law, through the judiciary; and through other institutions like the auditor-general, the election commission, a human rights watchdog, and anti- corruption bodies, besides entities like the press, academia, and civil society. Unfortunately, remember what I said – this is all only on paper.

In India today, every institution, mechanism or tool that is designed to hold the executive accountable, is being systematically destroyed. This destruction began in 2014 when the BJP government came into power. There is a temptation to compare this with the blatant destruction that the Indira Gandhi government indulged in the past, but comparisons are odious. What we are witnessing today is a force in action strategically intending to render the Indian democratic state practically comatose, with all the power entrusted with the executive.

Besides the various limitations of Parliament that have been revealed in recent times, it has not even met during the Covid-19-induced lockdown, and even when it finally decided to meet, question hour has been scrapped. Even if Parliament has been debilitated, other entities should have stepped up to the plate and kept the executive in check. We have heard nothing of the Lokpal since forever. The National Human Rights Commission is dormant. Investigation agencies are misused at the slightest opportunity. The Election Commission of India appears to have been suspiciously compromised. The Information Commission is almost non-functional. The list is long and troubling. Even academia, the press, and civil society have been systematically destroyed or silenced. Universities are under attack daily, whether it is students being accused of rioting, or teachers being accused of criminal conspiracy. The idea of an unbiased mainstream fourth estate in India died its death a long time ago. And civil society is being slowly but surely strangled, through various ways.

But the most worrying of all is the state of the judiciary. There are many important issues that need to be deliberated upon today. With Parliament already so weakened, the Supreme Court would have been the next best space to discuss the Kashmir trifurcation, the constitutional validity of the Citizenship Amendment Act, suppression and criminalisation of protests against this law, misuse of draconian laws like sedition and the Unlawful Activities Prevention Act, electoral bonds, etc. Sadly, most of these are ignored or brushed aside or mysteriously kept pending for an indefinite period of time. We might not be in a state of war, but we are in a state of emergency, unprecedented for generations. Central to all this, and certainly, of most concern to me, is the role of the Supreme Court.

Start of the Court’s Decline

In my view, the start of the Court’s decline coincided with the coming to power of the BJP-led NDA government in 2014. No one will deny that the NDA government swept in a new political wave, an ideology that was less centrist than we were accustomed to in the previous years, and arguably, far more right-wing than what it had exhibited in its own previous avatar. The Supreme Court’s descent was not fortuitous or coincidental, but was part of a larger, deliberately-crafted strategy on the part of the executive to seize control of the arms of the state, in ways that would benefit its own political agenda.

There was an immediate confrontation upon the NDA taking over, in the form of the constitutional validity of the National Judicial Appointments Commission Act in 2015. The Court, in a bold display of independence of spirit, struck down the legislation. Indeed, the Court’s engagement with the newly-appointed government of 2014 onwards began very well. The Court mostly stood its ground against the executive, and shone particularly brightly in matters of judicial appointments. But this is, sadly, all gone today.

We know that the appointments of new judges and transfers of existing judges across high courts many a times are decided, or even arguably, orchestrated, by the Law Ministry. Recent instances of the transfers of Justices Akil Qureshi, Muralidhar, Jayant Patel, were all eminently questionable, but the Court did not utter a word and quietly allowed the judges to be relocated. All of the bombast about fiercely protecting independence expressed in the NJAC case seems to have been thrown to the wind.

There was a brief watershed moment with the January 2018 press conference, where four Supreme Court judges, in an unprecedented move, went public with their grievances over matters of judicial administration and management. There were also some sparks of self-expression shown occasionally, as in the right to privacy discussed in Puttaswamy, or the Shreya Singhal case, where Section 66A of the Information Technology Act was struck down – the first time a law was struck down for violating Article 19(1)(a) of the Constitution, or the decriminalisation of homosexuality, or recognising transgender rights, or the many cases pertaining to gender justice, such as those on adultery, triple talaq, and promotion in the armed forces. Note, however, that – with the exception of Section 66A – the executive is really not concerned about these issues. But wherever the executive is an actively interested party, and wants to undermine the rights of the people – usually in order to further its own realpolitik agenda – you will find that the Court is being pushed to the wall.

The Court’s proclivity to buckle in submission in matters where the executive takes a stand has not gone unnoticed. A news report by The Indian Express showed that of the recent ten most important judgments of the Supreme Court on free speech, only four were decided in favour of the person claiming the right to free speech. Critically, in all four of these cases, the government either supported the petitioner or expressed no objection. In contrast, wherever the government opposed, the cases failed. This is how the court seems to be turning in all matters.

The Court generally is becoming more prickly when it comes to issues of free speech, as evidenced in the most recent Prashant Bhushan case. In a display of self-proclaimed “magnanimity”, the Court let off Mr Bhushan with a fine of one rupee for the contempt case against him over two tweets, but not without chastising his conduct. In the entire proceedings, one thing was clear: the Court came across as an intolerant institution.