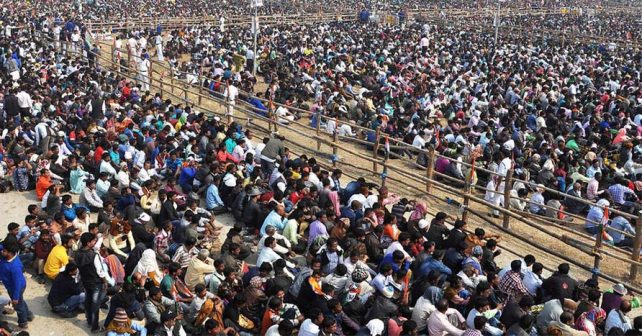 The Constituent Assembly sat together 114 times to draft a visionary Constitution for India, targeted at transforming an ancient civilisation into a modern nation state. The Preamble inter alia stated that there would be justice (social, economic and political) and equality of status and opportunity.

An economic and social fillip

In order to fulfil the egalitarian construct of the Constitution, the makers of modern India incorporated into the chapter on Fundamental Rights three path-breaking postulates Article 17 (abolishing untouchability), Article 23 (prohibition of traffic in human beings and forced labour) and Article 24 (prohibition of child labour). The Constitution out-laws discrimination on the grounds of religion, race, caste, sex and place of birth and mandates equality of opportunity in matters of public employment albeit with caveats to promote the interests of the under-privileged. Part XVI delineates Special Provisions relating to certain classes, including reservation of seats for Scheduled Castes (SCs), Scheduled Tribes (STs) and Anglo-Indians in the Legislatures. This reservation system was supposed to end 10 years after the commencement of the Constitution. However, it has been extended every 10 years since. The objective is to provide a political voice to the disempowered. Article 335 provides for reservations for SCs and STs in public employment both under the Union and the States. The Constitution thus provides both an economic and social fillip to the weaker sections who had been discriminated against historically. The aim is to bring about social integration that could pave the way for the creation of a classless ethos. In 1990, another step was taken in this direction when the then Prime Minister V.P. Singh decided to act on the recommendations of the Mandal Commission report and provide 27 per cent reservation in public employment to Other Backward Classes (OBCs). This was subsequently extended to educational institutions. This added to the existing 22.5 per cent reservation quota for SCs and STs thereby increasing reservations in educational institutions to 49.5 per cent. This decision led to a nationwide tumult in university campuses and a legal challenge in the Supreme Court.

In Indra Sawhney v. Union of India, the Supreme Court upheld 27 per cent reservation for OBCs but struck down the 10 per cent quota based on economic criteria. It further fixed the ceiling of reservations at 50 per cent. It also held that a “caste can be and quite often is a social class. If it is backward socially, it would be a backward class for the purposes of Article 16(4).” It also evolved the concept of a creamy layer. This was done to ensure that those who really require reservation get it. The OBC reservations sparked off similar demands from socially powerful and upwardly mobile caste groups. Reservations provided by successive governments either within the 27 per cent quota for OBCs or beyond the 50 per cent ceiling to various communities were struck down by various courts or are still being challenged.

Demand for a caste census: The demand for a caste census is growing louder as its findings can be used to cross the 50 per cent hurdle. If it can be empirically established that the OBCs are numerically higher, perhaps it could be argued that the 50 per cent cap on reservation is redundant. But where would that leave merit? Nations are built by an intricate interplay of social inclusion and meritocracies. The UPA government had, albeit reluctantly, acquiesced to a Socio-Economic and Caste Census in 2011 that it then rigorously implemented. In 2016, the Parliamentary Standing Committee of Rural Development observed that “the data has been examined and 98.87 per cent data on individuals’ caste and religion is error free”. However, the NDA government told the Supreme Court and Parliament that the caste census data are flawed and cannot be released. Over time, what has been forgotten is the original dream of transforming India into an egalitarian and classless society. Undoubtedly, while reservations have ameliorated socio-economic backwardness, they have equally created silos whereby the benefits of reservation have been more far-reaching vertically than horizontally. Therefore, a new paradigm of affirmative action is required to fulfil the vision of the makers of independent India given that economic stimuli have not brought about societal integration. Since it has been judicially determined that caste is synonymous with class, a fresh socio-economic caste census is imperative if the previous one is flawed and cannot be released. Once it is known what the economic and social status of every caste group is, a new intervention strategy can then be fashioned to emancipate caste groups that are still at the bottom of the ladder. Only when all castes are equal can society become egalitarian.