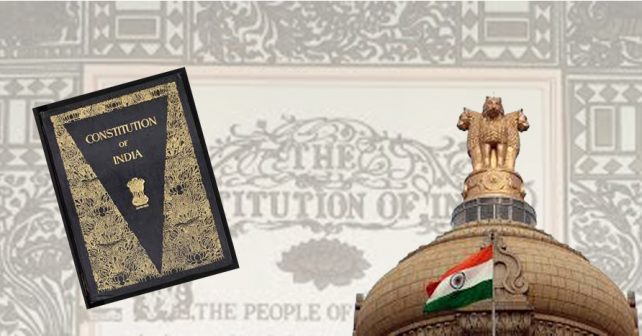 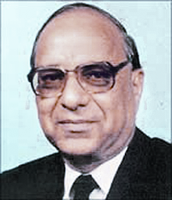 Constitution is not a Mere Document

Abiding by the Constitution is foremost Fundamental Duty of Every Citizen

The Constitution of India does not use the word ‘federal’ anywhere. The Constitution of India is unique in many ways. It cannot be fitted into any of the existing Constitutional models of the world. It is a compromise between federal and unitary. It has elements of both of federal structure and unitary structure. It has elements of both presidential and parliamentary systems. The Supreme Court of India has used different words like quasi-federal etc. Prime Minister Shri Narendra Modi has called it a cooperative federalism. Talking of regional pressures, Gandhiji’s views of the Constitution of India, which are not often referred to, were that of a bottom-up approach. The Constitution also says, if sovereignty belongs to “we the people of India” then sovereign powers must also flow from the people going upwards. Not top-down. We talk of ‘transfer of power’ as if power belongs to us and we are condescending to transfer a bit of it to the people. ‘Decentralization’. as if Centre has the monopoly of power, and they are now condescending to decentralize. Power belongs to the people and it must flow upwards from the people. So, if that is taken care of, then the problem of regional pressure would not arise. As Gandhiji said, the village should be the Centre. So, power should ideally flow from the villages to the zilla or janpad and then go upwards. Even the Constitution as it is, emphasizes the rights of the individual. The Preamble of the Constitution, after talking of justice, liberty, fraternity, in the end it says “assuring the dignity of the individual and the unity and integrity of the nation.” Everything else is subordinate to the dignity of the individual. So, rights fundamentally belong to the individual who are sovereign people of India and from them it flows to Regions and to the Centre.

There are Many Constitutional Remedies for Contentions in Law-making

If the majority in Parliament goes wrong and takes a decision not in keeping with the letter and spirit of the Constitution, there is the provision of judicial review. One can go to the Supreme Court and if the court finds that the majority has gone wrong and finds that it has taken a decision which violates any principles of justice or any of the basic principles of the Constitution, then they can be declared ultra vires and they can cease to take effect. For everything there are legitimate checks and balances provided by the Constitution. Also, if an act is passed by the Parliament which some people feel has some defects, there is also the remedy of bringing in the houses of Parliament. an amendment. It can be reviewed by the Parliament itself. Any individual member, even a private member, can move an amendment. So far as Constitutional amendments are concerned, the sixth, seventh, 73rd, 74th Constitutional amendments were all referred to Joint Parliamentary Committees and Bills as referred to those committees underwent drastic changes at the committees stage. Such committees have the advantage of considering matters in a dispassionate, non-partisan manner, in closed doors, without the intervention of populist pressures and party interests. In the open house, the members have to keep to the party line, but in committees, it is possible to have an atmosphere of give and take and very many committee reports are unanimous. Compromises and adjustments take place in the committees. In several of the important Constitutional amendments, committees made substantial interventions and the Bills underwent big changes.

Social media is good in several respects. It gives an opportunity to some people to express their views. But those ‘some people’ do not necessarily constitute public opinion. Public opinion is reflected more in the Constitutional institutions consisting of representatives of the people. If the social media is used by small groups or small minorities, and I am not referring to religious minorities here, I am referring to minority opinions. Sometimes, there are anti-national elements sometimes influenced by foreign powers or foreign funding, or influenced by their selfish interests or party interests. They use social media to destabilize the established order and try to embarrass the government and the Constitutional institutions and functionaries. So, social media should not become a nuisance. If it is properly used, it is welcome. But, it should not be mistaken as an expression of public opinion as such.

Right to Recall not Possible at Parliamentary Level

The Right to Recall can be implemented at the local levels but not at the national level for several reasons. We have about 2500 parties registered with the Election Commission and all are entitled to participate in the elections. Our electoral process, first-past-the-post system of voting is such that people getting minority of votes cast more often get elected because there are numerous candidates in a constituency and the votes get split between them. The one getting the highest votes is elected. Those highest votes may actually be a minority of votes cast. When you provide for recall, normally, what you say is that a representative does not perform his duties, the electorate can recall him. And for that, procedures vary from 10-15 per cent make a petition for recall. Then here has to be a voting in regard to whether recall should be Moved. And if majority votes in favour of recall, then the recall process starts. Then there is another voting for the actual recall. There are at least three voting involved. In our system when we know that a person getting, let’s say, only 15 per cent to 20 per cent votes gets elected. So, if a person has to be recalled, we already know that there is a majority vote against him. So, recall can be thought of only with other political electoral reforms. With first-past-the-post system and with about 2500 parties, recall is not a sensible option. At the local level, the electorate is small. So it may be possible for sing for recall procedure, but at the national level where each constituency consists of lakhs of voters, I think it is not feasible.

Dr. Subhash C Kashyap, distinguished scholar and well known political scientist, spoke exclusively to Employment News on different aspects of the Indian Constitution which enters its 70th year of existence. According to Dr Kashyap, the Constitution of India is not an inert document but a living, dynamic reality. Emphasizing on the need for every citizen to discharge their fundamental duties diligently, Dr Kashyap strongly propounded the idea of making the study of Constitution compulsory at all levels of formal education in India. He also spoke at length about how the Constitution itself provides remedies for sorting out disagreement in lawmaking and constitutional amendments.