k “Vinayak Damodar Savarkar has himself said that Hindutva has no relation with Hinduism. It is a political project. His slogan was ‘Hinduise the Military and Militarise the Hindus’.

CPI(M) leader Sitaram Yechury, while campaigning for Congress’ Digvijay Singh in Bhopal, attacked the Bharatiya Janata Party for “fragmenting the society for votes through its divisive policies.”

The leader went on to brand religious epics Ramayana and Mahabharata as specimens of ‘Hindu violence’.

“Sadhvi Pragya Singh Thakur (Singh’s BJP opponent) said that Hindus don’t believe in violence. Many kings and principalities have fought battles in the country. Even the Ramayana and Mahabharata are also filled with instances of violence. Being a pracharak, you narrate the epics but still claim Hindus can’t be violent? What is the logic behind saying there is a religion which engages in violence and we Hindus don’t,” he said.

“After the initial phases of election got over, they came back to the core Hindutva agenda — abolition of Article 35A and Article 370, construction of Ram Mandir on the disputed site, Uniform Civil Code and NRC. On the back of such issues, the decision to bring in Sadhvi Pragya Thakur to contest from Bhopal after the third phase is a step taken based on hyping up the sentiments of the people,” added Yechury.

Mr. Yechury recounted the non-violent traditions of the country citing the Mauryan empire’s acceptance of the Buddhist philosophy.

“The Mauryan empire accepted Buddhism after the Battle of Kalinga. Ashoka’s edicts state that anyone who attacks other communities damages his own community. Our tradition is this and not the one propagated by BJP,” said the leader.

Mr. Yechury elaborated in detail the Hindutva design and its genesis by recounting instances from history. “Vinayak Damodar Savarkar has himself said that Hindutva has no relation with Hinduism. It is a political project. His slogan was ‘Hinduise the Military and Militarise the Hindus’.

He encouraged the Hindu youth to join the military. This was the way how Hindus were organized into RSS. The person who got inspired by this philosophy was Balakrishna Shivram Moonje. He went to Italy and got inspired by Mussolini. He came back and opened a military academy which inspired the later day Hindu nationalists,” he said.

“So, it is a fallacy to say that Hindus can’t engage in violence as historicity doesn’t verify this claim. All the private armies that have been built in the name of moral policing are based on this philosophy,” he contended.

Speaking on the BJP government’s failings in the present regime, Yechury said, “according to the reports that have come in, there is not one institution left which the BJP is not using to propagate its political power. These attacks on the institution are not just limited to violating people’s democratic rights. We fought against the emergency to save our democracy. This is a combined attack on our democratic setup.” “We don’t get any answers on the promises made by the current government five years ago concerning our farmers. Loan waiver or a viable MSP is still elusive as they say that they don’t have money for that purpose,” he added. “However, they have the money to waive off the loans of big industrialists who are the friends of the government. They have waived off a loan of Rs 5,55,000 crore of the industrialists. On top of that, the industrialists have taken a loan of Rs 11 lakh crore which they are yet to return. Many of them have left the country and the government has no intention to pursue them,” Yechury said.

He contended that BJP’s narrative is that if India has to fight against terrorism, one has to support Modi. “But the reality is that the fight against terrorism is a united effort otherwise we play to the tunes of the terrorists themselves,” he said. “If you take out the records of terrorist attacks. In Modi’s tenure, 626 terrorist attacks took place and 483 security personnel lost their lives. Ceasefire violations amounted to 5,596 compared to 563 in the preceding five years. The number of civilians who died in Modi’s tenure is 210 as compared to 12 in the preceding five years,” he corroborated. 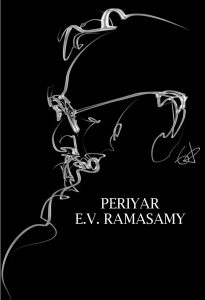 Thus the eons of social order is getting jolted;
The irrevocable orders of divine scriptures
Have been breached through the indisputable
utterances of the Indispensable Periyar