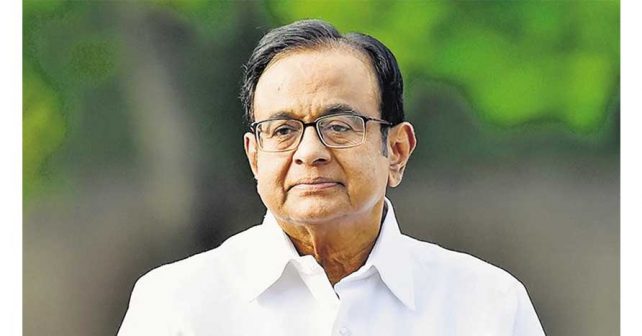 On the dubious theory of “merit”, NEET is heralding an era of great inequity and injustice.

The Constitution of India was a compact between the states. The central pillar of the Constitution consists of the Three Lists — Union List, State List and Concurrent List.

Entries 63 to 66 posed no problem at all because they dealt with some named institutions, institutions of scientific and technical education funded by the Central government, training institutions and laying down of standards. Creative interpretation reconciled the entries and the principle that ‘Education’ was a State List subject was upheld.

In the Emergency-induced hubris, Parliament took a sledgehammer to Entry 11 of the State List. The entry was deleted in its entirety; and Entry 25 of the Concurrent List was re-written as: Education, including technical education, medical education and universities, subject to the provisions of entries 63, 64, 65 and 66 of List I; vocational and technical training of labour.

The sledgehammer dealt a blow to the ideas of federalism, states’ rights and social justice. The anti-Emergency warriors who passed the 44th Constitution Amendment (to undo the perceived ills of the 42nd Amendment) did not think it was necessary to restore the original entries concerning ‘education’.

Historically, states had established medical colleges and allowed private persons to establish medical colleges. States regulated the admission of students to these colleges. Standards and quality of education improved over time. Venerated doctors came out of these state-regulated medical colleges. In Tamil Nadu, names that spring to mind immediately are Dr Rangachari and Dr Guruswamy Mudaliar, whose statues stand as guardian angels at the entrance to Madras Medical College. It is acknowledged that Tamil Nadu is among the states that were/are in the forefront of medical education and healthcare. The point is, these eminent doctors (and there are thousands all over the country) were not admitted based on an All-India examination.

No one in the states complained about the system that prevailed, at least not in Tamil Nadu or Maharashtra and, to the best of my knowledge, in the southern states. Of course, there were grave issues that needed to be addressed such as capitation fees, excessive fees, poor quality of equipment, inadequate attached hospitals, inadequate laboratory, library, hostel and playground facilities and so on. These problems are continuing problems irrespective of whether the state regulates admission of students or some Central authority does so.

I shall reserve the highly debatable issue of “merit” to another day. I wish to focus on the facts reported by the Justice A K Rajan Committee on the impact of NEET on the admission process in medical colleges in Tamil Nadu: 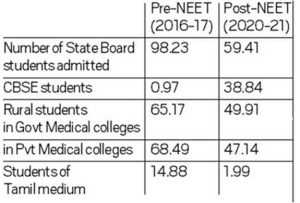 The numbers in the table speak for themselves. On the dubious theory of “merit”, NEET is heralding an era of great inequity and injustice.