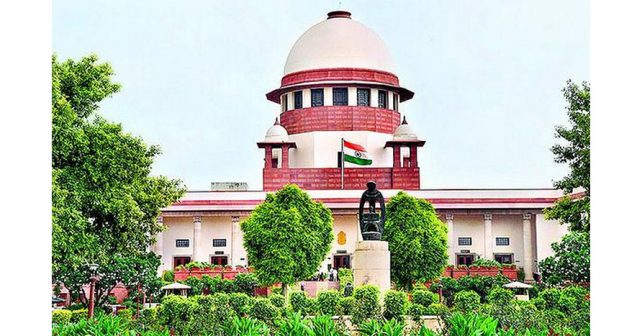 On May 5, the Supreme Court of India declared as unconstitutional a Maharashtra law which provided for reservation to the Maratha community in education and public employment in the State. Four judges of the five-judge Bench wrote separate opinions, from which three primary findings emanated.

First, the Court held that the Maratha community did not constitute a socially and educationally backward class. Second, the judges discovered that the law was in breach of a rule previously set by the Court disallowing reservations made in excess of 50 per cent of the total available positions. Third — and on this finding, two judges on the Bench dissented — the Court held that State governments had no independent power to declare a group as a backward class. The latter two findings run sharply athwart values of equality and federalism, which the Court has long regarded — in rhetoric if nothing else — as integral to India’s democracy.

Not from the Constitution

The idea that reservations ought to be restricted to 50 per cent does not stem from the Constitution. The text of Articles 16(4) and 15(4) which confer power on the government to make reservations contains no such limitation. Originally, however, these clauses were seen by the Supreme Court as exceptions to a broad rule of formal equality that was thought to be envisioned by the Constitution. To that end, the Court held that to allow reservation in excess of 50 per cent would lead to an exception overriding a rule.

But a seven-judge Bench, in State of Kerala Vs N.M. Thomas (1975), laid this theory to rest. There, the Court held that a programme of reservation was inherent in the Constitution’s basic guarantee of equal treatment, and that affirmative action by the state was compelled by an objective of attaining substantive equality. With that, the rule requiring that reservations stay under 50 per cent ought to have been deemed incongruous. But when the Court sat as a nine-judge Bench in Indra Sawhney vs Union of India (1992) it sustained a paradox. The majority on the Bench ruled, on the one hand, that N.M. Thomas was correct in seeing reservations as embedded in a constitutional vision of substantive equality, and, on the other hand, that reservation made in excess of 50 per cent, barring exceptional circumstances, was harmful to that very vision. As the lawyer Gautam Bhatia has pointed out, this is an incompatible position. Yet, efforts to have the verdict in Indra Sawhney reconsidered have failed. The upshot: a mathematical formula with no basis in the Constitution’s text is retained, even as the Court pays symbolic obeisance to the ideals of substantive equality.

This division in power, which gave States autonomy to classify groups as backward, stood in contrast to the lists of Scheduled Castes and Scheduled Tribes. In the case of those lists, right from the Constitution’s inception, the power to prepare them vested solely with the Union government. But the Supreme Court has now held that this distinction no longer holds good.

The 102nd Amendment (2018), which forms the basis for the Court’s ruling, granted constitutional status to the National Commission for Backward Classes. In addition, it introduced Article 342A, through which it stipulated that the President of India may, after consultation with the State government, notify groups of persons within such a State who are deemed to be socially and educationally backward. Any such “Central List”, the clause clarified, could only be altered by Parliament. Article 366(26C) was also added, and “socially and educationally backward classes” was defined as “such backward classes as are so deemed under Article 342A for the purposes of this Constitution”.

In interpreting these changes, a majority on the Bench concluded that the Constitution had now created a structure for determination of other backward classes identical to that in place for the preparation of the lists of Scheduled Castes and Scheduled Tribes. The verdict, which was controlled predominantly by Justice S. Ravindra Bhat’s opinion, relied on the plain meaning of Articles 342A and 366(26C). But it overlooked, at least, two essential factors: first, the term “Central List” — which is used in Article 342A — has always been understood in contradistinction to the term “state list”, in that it refers to the categorisation of groups as backward for the purposes of reservation to posts and seats under the Union government’s control. Second, when State governments objected to the 102nd Amendment on the ground that their power was being divested, the Union Minister of Social Justice and Empowerment, Thaawarchand Gehlot, assuaged their concerns and pointed out that the proposed changes did no such thing. The “right to include or remove in the States List…will remain as it is and it will not be violated in any manner,” he said in Parliament.

It is an acceptable proposition of constitutional interpretation to hold that external aids, such as parliamentary debates, are useful only when the plain meaning of a provision is unclear. However, here, the term “Central List” in Article 342A (unlike Articles 341 and 342, which concern the preparation of a list of Scheduled Castes and Scheduled Tribes respectively) shows that, if anything, the Constitution recognises the power of State government to frame lists of their own. Any other interpretation of the term “Central List” would only impinge on the plain meaning of the term. On the other hand, if one were to concede that two interpretations to the amendments were plausible, then one would have thought that the Court would have adopted the interpretation that allows for a more equitable division of power between the Central and State governments.

If the majority’s interpretation of the 102nd Amendment is correct, then the changes altogether dispossess States from exercising a time-honoured authority. But yet the amendment, in the Court’s belief, did not violate the Constitution’s basic structure. This was because, according to the majority, the alterations neither took away “the very essence of federalism” nor denuded the States of their effective power to legislate. But it is hard to see how divesting states of a power this critical, to classify groups as backward, entitling many communities to protection under Articles 15(4) and 16(4), can be seen as anything but offensive to the “essence” of federalism. The changes, as interpreted by the Court, are by no means superficial; they directly impede the ability of States to secure a just social order.

The Union government has already filed a petition to review the judgment insofar as it limits the power of State governments. Should the Court refuse the plea, it is imperative that Parliament amends the Constitution and grants to States an express power to determine backwardness. Any other result will offend the delicate balance at the heart of Indian federalism.