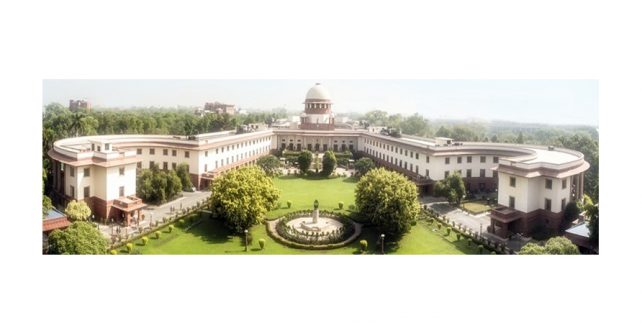 Justice Ranjan Gogoi, the former Chief Justice of India has taken oath of office as Member of Parliament (Rajya Sabha) on nomination by the BJP government. The nomination has aroused lot of criticism from many areas including the fraternity of former judges of the Supreme Court and High Courts. Whether judges of Supreme Court becoming Member of Parliament, Rajya Sabha is unprecedented or happened earlier, if so is there any difference between the assuming the MP position by the judges on the earlier occasions and the present nomination of Justice Ranjan Gogoi to the Rajya Sabha? Yes; there is difference. Justice Ranjan Gogoi is the first former CJI who is nominated to Rajya Sabha by the Union government.

Supreme Court is the apex of the judiciary of our country and that is considered as one among the three pillars of Democracy of India. The proceedings of the Supreme Court under the presidency and presence of the judges are very important and being watched by the country. The verdict given by the Supreme Court is the final under judicial process. The destiny of the disputed cases both in original and appellate jurisdictions is decided by the Supreme Court. Such an esteemed, respectable position the judges are commanding and any criticism of the verdict is liable for prosecution under contempt of court. To that much extent the verdicts of the Supreme Court have to be independent, unbiased, neutral and in tune with the letter and spirit of the Indian Constitution. Among the many judges of the Court, the position of the Chief Justice of India is somewhat special owing to the additional administrative responsibilities assigned besides administering oath of office to President of India while assuming the Office by the first citizen of the country.

When Justice RanjanGogoi was one among the judges of the Supreme Court  as the senior most, along with the three other judges met the press in an unprecedented manner to ventilate their grievances against the then sitting CJI. At that time Justice Ranjan Gogoi said in strong notation that the judges of the Supreme Court should not accept any political position offered by the Government after their retirement.

The judges may be delivering many verdicts which may be in favour of the government. Judges should be like Caesar’s wife beyond suspicion post retirement. Accepting any political position offered by the Government would lead to suspicion on their judgments, delivered prior to retirement. The judges have to upkeep the independence, morale and integrity of judiciary. With the above said spirit, Ranjan Gogoi had opposed earlier but he has accepted the position now. Gogoi declared earlier, “Independence of judiciary means breaking the strangle hold of half-a- dozen people over it… They hold judges to ransom. If a case is not decided on a particular way advocated by them, they malign the judge on every way possible.” Justice Ranjan Gogoi stressed for the independence of judiciary.

For a long period Indian judiciary have been guided by liberals and secular opinion. After Modi and BJP secured massive mandate for their second tenure, there is apparent difference in the delivery of judgments by the Supreme Court deviating from the secular fervor, the basic structure of the Indian Constitution. The obiter dicta and the speaking order of the Supreme Court dealing with sensitive cases such as Triple Talaq, Ram Mandir, entry of women in places of worship, ShaheenBagh protest, communal violence and provoking speeches by politicians who hold position at the helm of governance are subjected to interpretations. There is a clear deviation on part of the Court in delivering verdicts on the scrutiny of legislations brought by the present BJP Government that is unacceptable to political adversaries. Many of the verdicts are the outcome of the understanding of the Indian Constitution and interpretation made by the judges. Many of the judgments cited above have been delivered during the tenure of Ranjan Gogoi as CJI.  Though for many of the judgments, Ranjan Gogoi was not a part of the proceedings, lot of criticism has aroused on his nomination to Rajya Sabha post retirement. The main reason for criticism is for the CJI who had advocated for the independence of judiciary and who had opposed the acceptance of political position by the judges post retirement.

The judges of the Supreme Court accepting the political position have occurred earlier also which has not received much criticism.

*              Justice Sayed Fazal Ali was the first Supreme Court judge to become the Governor of the State (Odisha) post retirement in 1952. When Jawaharlal Nehru was the Prime Minister, it happened despite the judge strongly opposed the incarceration of the Communist leader Com. A.K.Gopalan, who was detained under the Preventive Detention Act 1950. The justice observed that the detention violated Article 21 of the Constitution.

*              Justice Baharul Islam is the first Congress leader to become a high court judge and then elevated to the Supreme Court. In 1983, he resigned and became Member of Parliament, RajyaSabha.

*              The Congress set the precedent of choosing a former CJI Ranganath Mishra for Rajya Sabha, six years post retirement in 1998.

Justice Ranjan Gogoi has stated after taking oath in Parliament,

“My parliamentary presence will be an opportunity to project the views of the judiciary before the legislature and vice versa.” Further he said, “I have accepted the offer of the nomination to the Rajya Sabha because of strong conviction that the legislature and judiciary must at some point of time, work together for nation building.”

Let the discharge of the stated responsibility at the floor of the Parliament come afast to nullify the adverse criticism on the controversial nomination!