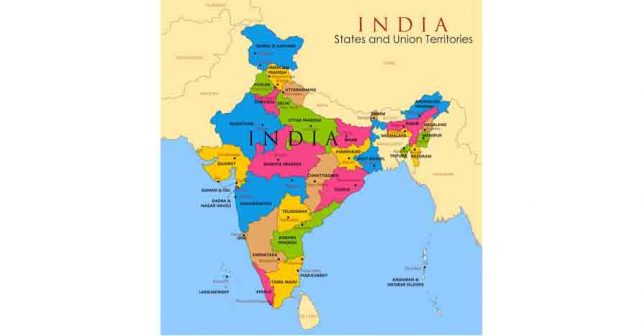 Anna’s argument was that the official language should be equidistant to all in a multilingual society.

The New Education Policy misses the vital empirical evidence of Tamil Nadu following a language formula that is distinctly at variance with that of Delhi for the past 50 years and yet achieving significant positive social and economic changes. That many are oblivious of it is surprising.

It was the decision of Anna (C.N. Annadurai, the former Chief Minister of Tamil Nadu), who realised the Dravidian movement’s dream of achieving governmental power, that beyond Tamil and English (in order of preference) no other language would be taught in the schools of Tamil Nadu either as a language or medium of instruction. The far-sightedness of this decision can be better appreciated if one goes through the language policy adopted by various developed countries.

Most countries follow a one-language formula (invariably mother tongue) for teaching children in the primary classes. On reaching middle school they are given a chance to learn one more language, mostly English. As there is no imposition through schools, voluntary learning of other languages is widely prevalent in these countries. Be it students of literature, sociology, or people involved in international trade, their knowledge of five or six languages is quite normal.

All countries faced with the enormous challenge posed by the new century, invariably give preference to the English language after their mother tongue. Japan and Singapore can be cited as two countries which handle language policy as a strategic tool to achieve socio-economic development. Singapore’s success in this area is phenomenal and closely comparable to the situation in India. It was the mission of Lee Kuan Yew, the architect of modern Singapore, giving equal status to English and mother tongue as a prerequisite not only to work closely with the international community but also to bring in big ticket changes. In many ways this can be compared to Anna’s mission.

Lee Kuan Yew attributed the international acclaim Singapore received for its success mainly to its two-language formula. Though Chinese by birth, his elitist family spoke English at home. Having studied in English schools and receiving his higher education in Cambridge, he understood the importance of English for the then undeveloped society in coping with international competition.

Importantly, Lee Kuan Yew realised that a multicultural society such as Singapore could enhance its status only if each of its cultural groups felt that it was on a par with others. He viewed that the lingua franca of the country should be equidistant to all cultural groups, thereby creating fair competition and opportunities. Only in this background were Malay, Chinese, Tamil and English declared as common languages with the lingua franca being English.

Anna was also particular that English is the language we communicate with a larger world. The American example he cited during a parliamentary debate is worth mentioning: “When USA emerged as a nation only 20 per cent of the people went from the British Isles…Yet America has chosen English as the official language.”

What Anna dreamed of as a language policy for ‘the Dravidian land’ was actually implemented in Singapore by Lee Kuan Yew. Singapore had much more justification to adopt Chinese as its sole official language than India insisting on Hindi being the sole official language. Even today the population of Hindi-speaking people has not crossed 50 per cent in India; in Singapore, 74.2 per cent of the population is Chinese, 13.2 per cent Malays and 9.2 per cent Indians. If Lee Kuan Yew had wished he could have well declared Chinese to be the sole official language and satisfied the Chinese who were in a majority. He could have used this as a nationalistic tool and cemented his place politically forever. But he resisted this temptation.

He not only selected English but also recognised languages of every social group. He mandated that each Singaporean should learn their respective mother tongue along with English. He was of the firm view that only the roots one has in his/her mother tongue would be shaping his/her future personality.

The world celebrates the decision made by Lee Kuan Yew after taking into consideration the possibilities, limitations and challenges faced by a third world country. They praise him for his two-language policy which prepared Singaporeans in advance for globalisation. Have the ‘experts’ ever discussed the contribution of Anna’s two-language formula in the background of Tamil Nadu being one of the developed States in India despite not possessing a trade and big capital like Gujarat or Maharashtra or having water resources and land fertility like Kerala and Punjab or the political bargaining power by sheer size and population by States such as Uttar Pradesh? And when will they be discussing the Indian government’s failure in the language policy in the backdrop of inequalities prevailing among societies since Independence?

Though comparable to Singapore in far-sightedness and in the forefront as far as India is concerned, in the present scenario, Tamil Nadu’s education standards are not comparable to Singapore’s in terms of outcomes. Our students suffer a serious handicap while dealing with English and Tamil languages. And they do not have command over either. Yet this is not the failure of the two-language formula per se but of its implementation and the present Indian educational ecosystem.

Even teaching in the mother tongue or the teaching of two languages is filled with challenges, does India take into account the challenges in teaching three languages? If India is really interested in the new education policy capable of creating new generations, Delhi can acquire that vision only by studying the educational ecosystem throughout the world and comparing it with the strengths and weaknesses of Tamil Nadu. Working towards the possibility of implementing the two-language formula successfully throughout India would throw light not only on India’s education policy but also on its official language policy.