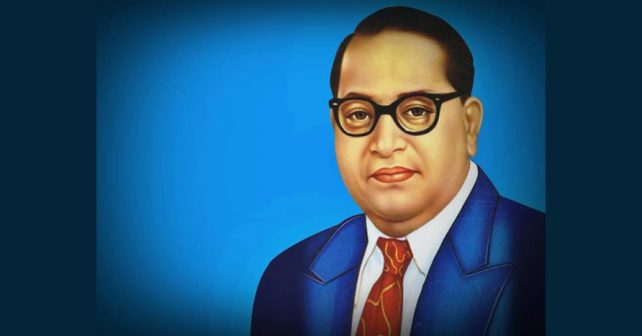 The social structure is built up on the caste system, the special product of Hindu civilization and culture.

Politics is nothing if not realistic. There is very little in that is academic. It is therefore follows that before passing any judgment on any scheme of politics it is essential that one must consider the ground plan.

Someone may ask what do I mean by “Ground Plan”. To me the ground plan means the social structure has a profound effect on the political structure.  It may modify it in its working. It may nullify it or it may even make a mockery of it.

In the case of India the social structure is built up on the caste system, the special product of Hindu civilization and culture.

The caste system is so well known that one need not wait to explain its nature. It may modify it in its working.  It may nullify it or it may even make a mockery of it.

In the case of India the social structure is built up on the caste system, the special product of Hindu civilization and culture.

The caste system is so well known that one need not wait to explain its nature.  One can straight away proceed to show what effect it is likely to have on Linguistic States.

(1)   Castes are so distributed that in any given area there is one caste which is major and there are others which are small and are subservient to the major caste owing to their comparative smallness and their economic dependence upon the major caste which owns most of the land in the villages.

(2)   The caste system is marked not merely by inequality but is affected by the system of graded inequality.  All castes are not on a par.  They are one above the other.  There is a kind of ascending scale of hatred and a descending scale of contempt.

(3)   A caste has all the exclusiveness and pride which a nation has. It is therefore not improper to speak of collection of castes as a collection of major and minor nations.

I am sorry, I cannot illustrate these points by reference to facts and figures. The census omits altogether the caste tables which had been the feature of the Indian census ever since its birth. The Home Minister of the Government of India who is responsible for this omission was of the opinion that if a word does not exist in a dictionary it can be proved that the fact for which the word stands does not exist.  One can only pity the petty intelligence of the author.

The consequences of the caste system on politics are quite obvious. The interesting part is to see what effect it has upon elections which is the foundation of Representative Government which is reared up on a system of single member constituencies.

The effects may be summarized as follows:

(1)   Voting is always communal, The voter votes for the candidates in his community and not for the best candidate.

(2)   The majority community carries the seat by sheer communal majority.

These evil consequences of the caste system are sure to be sharpened by creation of Linguistic State.  Minority communities may be crushed.  If not crushed they may be tyrannized and oppressed.  They are sure to be discriminated against and denied equality before law and equal opportunity in public life.

The history of nations and the changes in their ideologies have been well traced by Lord Action:

“In the old European system, the rights of nationalities were neither recognized by governments nor asserted by the people. The interest of the reigning families, not those of the nations, regulated the frontiers, and the administration was conducted generally without any reference to popular desires. Where all liberties were suppressed, the claims of national independence were necessarily ignored, and a princess, in the words of Fenelon, carried a monarchy in her wedding portion.”

Nationalities were at first listless.  When they became conscious:

“They first rose against their conquerors in defence of their legitimate rulers. They refused to be governed by usurpers. Next came a time when they revolted because of the wrongs inflicted upon them by their rulers. The insurrections were provoked by particular grievances justified by definite complaints.  Then came the French Revolution which effected a complete change.  It taught the people to regard their wishes and wants as the supreme criterion of their right to do what they like to do with themselves.  It proclaimed the idea of the sovereignty of the people uncontrolled by the past and uncontrolled by the existing state.” 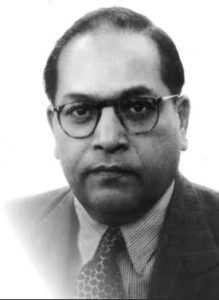 The answer is that whatever the majority does it is right.  What complaint the minorities can have?

People who rely upon majority rule forget the fact that majorities are of two sorts:  (1) Communal majority and (2) Political majority.

What is the remedy?  No doubt some safeguards against this communal tyranny are essential.   The question is: What can they be?  The first safeguard is not to have too large a State.  The consequences of too large a State on the minority living within it are not understood by many. The larger the State the smaller the proportion of the minority to the majority. To give one illustration – If Mahavidarbhar remained separate, the proportion of Hindus to Muslims would be four to one.  In the United Maharashtra the proportion will be fourteen to one. The same would be the case of the Untouchables.  A small stone of a consolidated majority placed on the chest of the minority may be borne.  But the weight of a huge mountain it cannot bear. It will crush the minorities.  Therefore creation of smaller States is a safeguard to the minorities.

The second safeguard is some provision for representation in the Legislature.  The old type of remedy provided in the Constitution were (1) certain number of reserved seats and (2) separate electorates. Both these safeguards have been given up in the new Constitution.  The lambs are shorn of the wool.  They are feeling the intensity of the cold.  Some tempering of the wool is necessary.

Separate electorates or reservation of seats must not be restored to.  It would be enough to have plural member constituencies (of two or three) with cumulative voting in place of the system of single-member constituency embodies in the present Constitution.  This will allay the fears which the minorities have about Linguistic States.