Make THOSE TRAINED FOR THE JOB ARCHAKAS 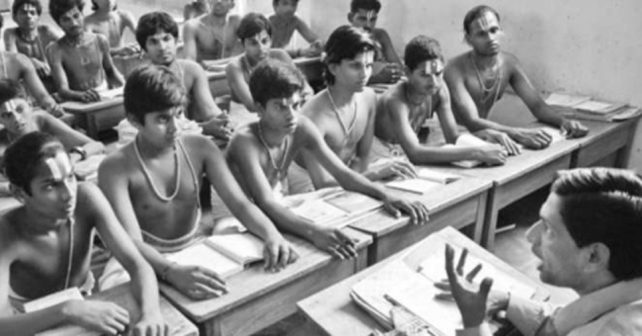 The recent Supreme Court judgment has caused a stir in Tamil Nadu, rather needlessly. Many people of the state, including some living abroad, who were discussing the issue on social networking sites, were seemingly aghast that the judgment will prevent the Tamil Nadu government from appointing as priests the 206 persons trained by persons well versed in Hindu scriptures and traditional religious practices.  It is a misconception or rather a misreading of the judgment delivered by Mr Justice Ranjan Gogoi and Mr Justice N V Ramana on December 16.

Perhaps the media persons who reported on the judgment came to a hasty decision that the court has stopped the appointment of the archaka trainees as archakas because they did not have the time to go through the entire judgment. For, the plea of the petitioners, challenging the state government order dated May 23, 2006, has not been granted.

So, we do not find any bar on the State government in going ahead and appointing the youth, who were chosen for the training under the 69 per cent reservation that is in force in the state.

Though we have already urged the government to go ahead with the appointments, which we hope will happen in due course, it is our bounden duty to explain to the public at large as to why such a move would go a long way in showing Tamil Nadu as a progressive state, as a pioneering state that has conquered the demon of caste system that has bogged down development in the country. It will be a progressive step because it will only be seen as step closer to achieving an equitable society.

Over the years, state intervention has helped do away with several archaic practices that were seen as discriminatory or regressive or against gender equality in temples. To give a quick rundown, apart from ancient customs like child marriage and sati – they were more prevalent in northern India – that were abolished at the behest of by progressive thinking Indian leaders during the British Rule, closer home too reforms were brought about by our leaders. The curtains were drawn on the Devadasi system, thanks to the Justice Party in Tamil Nadu, and the historic entry agitation in the streets adjoining the temple in Vaikom, Kerala saw Periyar
E V Ramasamy in the forefront of the struggle.

Looking back, there was a strong opposition to both the abolition of the Devadasi system, which was nothing but a degradation of women, and also allowing Adi Dravidas from entering temples. Much water has flown under the bridge since the Vaikom struggle and today no temple can stop anyone from entering its premises. When a former Congress minister Kumari Selja and Congress Vice President Rahul Gandhi said in Parliament that they were prevented from stepping into temples, it created such an uproar that the ruling party had to go on the back feet.

To put it otherwise, we have come a long way in ensuring that the law recognizes equality in temples. However, the only sore point, so far, had been that in many temples only people of certain castes could be appointed as archakas. It has caused consternation among many believers for the practice gave only persons born in the priestly caste access to the sanctum sanctorum. Believers born outside the priestly caste felt discriminated.

So the need for removing birth as a qualification for taking up the job of an archaka was felt long back. In fact, it was one of Periyar’s aspirations, too. Though he passed away without realizing that dream of seeing his brethren who were believers being installed as archakas, the responsibility of ensuring that Periyar’s dream came true was felt by the parties that followed his principles.

So when the Tamil Nadu government passed the GO on May 23, 2006, it seemed that all obstacles that were on the way of making persons of all castes as archakas have been removed. And the 206 persons trained by erudite scholars in the centres set up by the government were all set to get their appointment orders in the temples under the Hindu Religious and Charitable Endowments Board.

But the whole exercise was put on hold after some individual archakas of the Madurai Meenakshi Amman temple and the Adi Saiva Sivachariyargal Nala Sangam (a welfare body of Saivaite archakas) went to the Supreme Court against the GO. All the arguments putforth on behalf of the petitioners were rejected by the honourable judges, who disposed of all the writ petitions.

It is in this backdrop, we hope that the state government will go ahead and implement the GO earnestly. The state from where the first call for achieving a casteless society came, should set an example for other southern states and appoint in its temples at least, as the first step, those who had been trained to do the job. Only then we can ask for making women as priests in temples, as some persons have suddenly started asking for even when the media is muddying the waters without making it clear what the Supreme Court judgment says.

Women too can be trained in future, perhaps in the same training centres, and then appointed as archakas in due course. But first things first, let those who are waiting with qualifications be given the first chance.