Making Fr Stan the last casualty of the UAPA 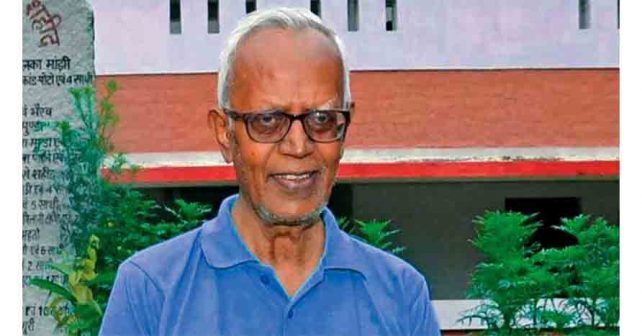 In British India between March 1919 and March 1922 the draconian Anarchical and Revolutionary Crimes Act (1919) was in force. The Act was passed in the backdrop of the first World War. It was based on the recommendations of a committee headed Sir Sydney Rowlatt to study the link between the nationalists, the German Government and the Bolsheviks of Russia. The commission’s focus on criminal conspiracies connected with revolutionary movements in India that may lead to the overthrow of the British Government.

It was an extension of the Defense of India Act of 1915, providing unbridled powers to the government to arrest anyone it deems suspicious without a warrant, keep them in custody for prolonged periods of time without trial, strict control over the media, and paralyze any effort undertaken to assert basic human rights.

Several prominent leaders of the Indian freedom movement were arrested and sent to prison. Two leaders from Punjab Dr Satyapal and Saifudeen Kichlew were arrested. This sparked an outrage in Punjab leading to protests in Jallianwalla Bagh. In order to quell the protests of the people who protested against this Act and the arrest of their leaders several hundred people were massacred in Jallianwalla Bagh. The Act continued to wreak havoc among the Indian civil society until it was repealed in 1922 after the colonial government accepted the recommendations of the Repressive Laws Committee.

Taking cues from the impact of Rowlatt Act, there have been attempts to frame laws to deal with uprisings, protests and dissent in independent India. The Armed Forces Special Powers Act (1958), The Maintenance of Internal Security Act 1971 (MISA), Terrorist and Anti Disruptive Activities Act 1987 (TADA), Prevention of Terrorism Act 2002 (POTA) and most recently the Unlawful Activities Prevention Amendment Act 2019 (UAPA) are all meant to keep the citizens of India safe. They are supposed to protect the country from forces that disturb the peace and tranquility of the country. In addition to this Section 124A of the Indian Penal Code pertaining to sedition from the colonial jurisprudence continues to be in force.

Right from the inception of these laws, evidence suggests that they have been used to vengefully deal with actions or voices of dissent. The unfettered powers these Acts wield have resulted in the taking action against those who have openly criticized the government. Though this has been a trend of almost all the parties that governed India the current government’s dispensation seems to go an extra mile in showing its faithfulness to the UAPA and the laws under sedition.

The arrest of Fr Stan Swamy is a classic case of the abuse of the UAPA. Fr Stan was an 84 year-old Jesuit priest who had dedicated his life to work with the tribals of Jharkhand. He worked on land alienation, illegal detention, economic exploitation of tribals, and legally challenged the government for its biased policy against the tribals. He had also won several battles legally embarrassing the government. In the most recent case, he had meticulously collected the data of over 4000 tribals who were illegally detained under dubious charges and got them released. He challenged the state’s pro corporate actions that alienated the land and rights of the indigenous people.

On 8th October 2020 he was arrested under the UAPA linking him to the Bhima Koregon Case linking him to ties with the Maoists. He was taken from his humble residence in Jharkhand to the Taloja Prison in Mumbai. In prison he was treated with such indignity despite his age and ailments related to Parkinson’s disease. The NIA and the jail authorities took over two months to provide him with a glass attached with a straw to enable him to sip water as he could hardly hold a spoon or glass to drink water due to the tremors. His health condition deteriorated in the congested prison resulting in contracting COVID-19. With only ayurvedic doctors available in jail they refused to shift him to proper hospital outside the jail until the court intervened. By then it was too late and he died of complications resulting from COVID-19 in a private hospital while still in custody.

With no evidence against him linking him to the Bhima Koregoan case he was continuously denied bail just like the 15 others, most of whom were never named in the first information report or were the present in the so-called Bhima Koregoan to participate in any of its activities. This is clearly indicative of the fact that the Government has used the National Investigative Agency to teach a lesson to those who want to challenge it. Under the pretext national protection, it continues to detain women and men of eminence who have been highlighting the struggles of the exploited their entire lives.

The death of Fr Stan is seen as an institutional murder where the NIA needs to be held accountable for not providing any credible evidence, for not treating a man who had spent his entire life for the cause of the marginalized with dignity and for foisting false charges against him and the others. This is indicative of a gross insecurity of the government faces as a result of civic action. The same fear out of which the Britishers enacted the laws to protect their regime is now kept in place a hundred years later and almost 75 years after they have left. It is now important for all democratic voices to unite against these draconian laws and ensure that those arrested under suspicion get a fair and swift trial and are released on bail if no charges can be proved. It is important to work hard so that Fr Stan is the last casualty of the UAPA. 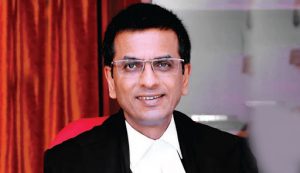 Majoritarian tendencies, whenever and however they arise, must be questioned against the background of our Constitutive promise. Any semblance of authoritarianism, clampdown on civil liberties, sexism, casteism, otherisation on account of religion or region is upsetting a sacred promise that was made to our ancestors who accepted India as their Constitutional Republic. 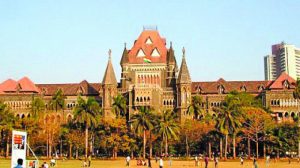 “We have every respect for Father Stan Swamy’s work in the society. Whatever is happening legally is another matter, but we have huge respect for his service to the society”.