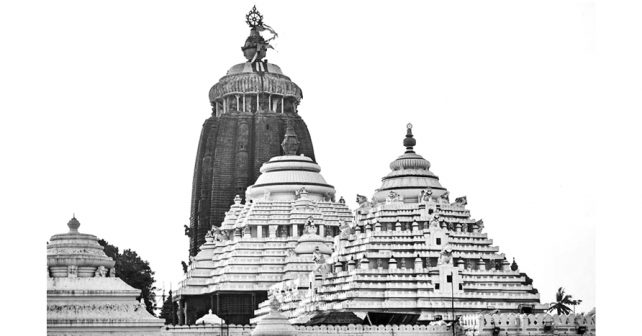 Recently a judge of the apex judiciary of the country has observed that why government officials had to interfere in the affairs of temples with particular reference to Jegannatha Temple at Puri, Odisha.  It has been questioned by the judge how could a secular government do such exercise?

Apparently the observation may appear reasonable.  If the rationale behind such managing Hindu temples by State machinery is analysed, the arguments in favour of such misgivings would disappear.  A progressively thinking person at the beginning is likely to think as follows.

“When the State does not interfere in the management of Church or Mosque, why has it to do so in respect of temples? The Government has to be neutral, keeping all the religions away from its purview.  The argument sounds good if all the religions are similar in its founding dogmas and by its adhering subjects.  Christianity and Islam are institutionalised religions where as Hinduism is not so.  The definitions of ‘who a Christian is’, ‘who a Muslim is’ are defined directly as per their dogmas.  But on, ‘who a Hindu is’, it is not so. The Hindu Law defines a Hindu as follows:

By not belonging to a non-Hindu religion: Those who are not Muslims, Christians, Parsis or Jews by religion or by birth;

Besides, the person does not cease to be Hindu if he does not practice the religion Hindu or becomes an atheist.

The identity of the religion of a person other than Hindu is based on the preference of belief and practice as in the dogmas of the respective religions which the individual is considered to belong to; whereas in respect of Hindu identity, it is based on the elimination of preferences to other religions.  How could this basis be reckoned for a religious identity?

The identity and consolidation of Hindu has been built by not belonging to a non-Hindu religion.  If a person is expected to tell his name, he has to express it; instead if he says my name is not ‘A’; my name is not ‘B’ or ‘C’ and so on, what sort of identity does  he possess? ‘Non identity’ is reckoned for ‘identity’.  By the systematic consolidation based on non-Hindu identity, the rest of the persons who do not have any relevance to the so called Hindu dogmas have also been identified as Hindus; the ethnic groups and communities who practise traditionally certain practices which are not connected to Hindu faith and belief are also branded ‘Hindus’. If  the origin of Hindu identity is analysed it will lead to minuscule population who have been placed highest in the hierarchy of Sanatana dharma.

Not only the eliminated non Hindus are considered with Hindu identity, the worshipping places of such non Hindus were also converted as Hindu worship yards.  The erstwhile Buddha Vihars, Jain temples and locally customized deities were identified as Hindu places.  And a lot of revenue from the devotees had poured in and still the process is enduring.  The amassing of wealth by such Hindu temples were under the control of monarchs with the religious whip by the priestly brahminical classes. No accounting and auditing of monetary contributions and the offered valuables were in practice.  The siphoning of the amassed wealth was continuously carried out by the vested interest.  During the British rule, they could not check the management of Hindu temples, their governance was projected as interference of other religionist into the affairs of Hindu religion.

A pioneer start in the management of Hindu temples under the Diarchy rule in 1920 by the natives who were elected commenced and they shared the State governance along with the British rulers.

The Justice party which was elected under diarchy rule in Madras Presidency brought legislation in 1922 by which Hindu Religious Charity and Endowment (HRCE) Board to regulate the administration of Hindu temples and to protect and monitor the monetary contributions and valuables offered by the devotees.  The purpose of HRCE, an extended wing of the State executive machinery, is mainly concerned with the management of Hindu temples without any interference in the religious practices like poojas offered by the devotees.  Further HRCE was meant for the effectiveness in the functioning of Hindu temples and utilizing the accumulated offerings of the devotees for common welfare measurers.  Any misdeeds, noticed in the discharge of responsibility by HRCE, the miscreants were subjected for enquiry and in case of need liable for punishments too. Earlier to the establishment of HRCE, there was no formal machinery to proceed against the mismanagement of Hindu temples.

In a democratic polity, the State has the sovereign power to rule and control the subjects as per the Constitution. The State being ‘Secular’ does not mean closing its eyes coupled with inaction on its part for any misdeeds in religious worshipping yards, but has to effectively interfere into them.  By that the government officials of HRCE, representing the executive wing of the State has to necessary interfere into the affairs of Hindu temples.  The historical constitution and consolidation of Hindu temples warrant State interference.  In case of any need, the State has to interfere in the administration of church, mosque or any other worshipping places.  The rationale behind the State interference has to be understood in proper perspective.  Such optimistic as well as constructive out-look in the discharge of responsibilities of State will justify all other reasonable and purpose serving interference in any other wing of State governance.  After all State is supreme, which is answerable to the mandate of the people in a democratic polity like ours.