…..Continuation from the previous issue

There are also other reasons for the desire to beget children, particularly of male sex. Already it is made as a necessity to bring forth children to inherit the property. The Brahmins who are traditionally against the poor enjoying property have brought in certain arrangements in the name of god, religion, heaven and hell. Their interests are safe by all such arrangements and they earn and become rich by all these. They have tactfully created the impression that he, who does not have children, has no right to go to heaven after death. They made the people believe that only a son could perform the rituals at the ceremonies to the deceased parents and fore-fathers. By this arrangement the Brahmin gets raw rice, dhal, plaintain leaves, ghee, clothes and cash as ‘Dhkshina’ (Prayer Fee) for every kind of ceremonial rites.

Begetting children for inheriting the property is made a duty for the people. Begetting a son is made a necessity by the orthodoxy.

If everything is made the property of the government, most of the people would not worry very much to beget children. That desire would not be a source of worry.

If individuals are denied the right to own property, there is no need for heirs to enjoy the property after one’s death. Inheritance and rights also cease, even as everything, found buried under the earth in the form of cash and metals belongs only to the government. The government should look after all children. No parent should have any worry to protect the children or educate them or secure them a job.

A male and a female like each other and desire to become partners in life. So they resolve to become husband and wife and this is called the life partnership deed.

In any business, if the partners fail to make an agreement before starting the business, they are bound to face troubles and disappointment. Generally agreements precede in all kinds of business.

It is quite natural on the part of partners to think over and chalk out a plan before investing in the business. Such an arrangement should be ratified, by an agreement. I would say that this is essential and acceptable to the common sense of everyone. 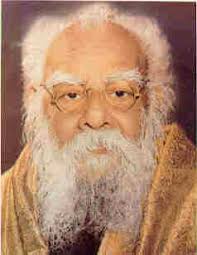 The aims, habits, behaviours, and status of the couple may be identical when they start their life as partners. But these traits of the couple may not remain constant forever. They are subjected to changes anytime. It is quite natural that under the changed circumstance, the partners turn out to be unequal partners in life.

Similarly wedded life is like a business. Even as you need money and labour for business, you need  a man and a woman for the prolongation  of life business. Their mutual love and mutual bondage counts much for success in life.

For making this life partnership agreement, there are many essential things needed. Their mental calibre, their love towards one another, their experiences, their vision of future life are some of the important factors which lead to success in wedded life. If the married couple happen to meet with a confrontation in fulfilling the terms of the agreement, it must be taken that the agreement does not remain valid any more.

We find today that when once a male and a female resolve to become husband and wife, it is treated as final. There can be no change in it normally. If anything against it happens and the married couple, either the male or the female develops love towards a different person, there can be no love at all. It is called prostitution. Under no circumstances, it could be accepted as an act of true love. Somehow it is now made compulsory on the part of a husband and wife to live together. This sort of compulsion yields peculiar results. This is the state of affairs in society. Those who force the husband and wife to be eternally united even under humilitating circumstances do not understand the nature of human beings. They lack in experience. They are ignorant of the natural instincts. Otherwise l think such people are like that knowing pretty well everything, only with a concealed motive.

The aims, habits, behaviours, and status of the couple may be identical when they start their life as partners. But these traits of the couple may not remain constant forever. They are subjected to changes anytime. It is quite natural that under the changed circumstance, the partners turn out to be unequal partners in life. As they have no other go, they pretend to live together. But their life is not happy. They are submerged in the ocean of misery.

If we are to openly and boldly state using our experience, about human behaviour, natural instincts and so on, it must be recognised that a male or a female chooses a partner according to one’s own will and pleasure. It is just like going to a hotel of one’s taste and desire. I would say it is purely a private matter of the individuals. According to the individual’s personal instinct and nature, one attains the maximum satisfaction.

In Russia, where no individual has the right to own property (before the liquidation of Communist Soviet Union), a male and a female do not call themselves as husband and wife. They live as lovers or as mere friends. It is called as free love there. There is no marriage system. They are at perfect liberty to lead their life with their chosen partners. It is because we have property rights and inheritance rights, we are forced to lead a family life with strict rules and regulations. Such rules and regulations in family life are considered as unwanted and unnecessary in a country like Russia, where you do not have the right to own property.

They simply need a partner for pleasure. They desire a partner to spend their leisure time with joy. They seek a partner to satisfy their natural instincts. They live as friends. This is the relationship between a man and a woman there.

They exchange kisses before going to work. If they dislike each other they simply write on a card and place it on the dining table. In it will be written “we willingly lived together happily till today. I do not wish to be so hereafter. Let us part away”. They get separated without any hitch or trouble. There you cannot find a man who is in love with the wife of someone else. There is no talk on molesting or raping or eloping. Force is not used for love affairs.

This sort of relationship between a man and a woman ensures individuals freedom. Everyone derives perfect contentment. Is this not suitable for the advancement of human society?

There is no justification for the prevalence of prostitution in such a State, because there is no necessity to take to immoral life for the sake of money or food or for any article. When everyone aspires to lead a good life with self-respect, there will be no need for an overlord. It is not possible. No one need be at the mercy of others. Without mutual love and consent no one would live with the partner. In the matter of education, everyone could become a learned man with profound knowledge of wordly affairs. That is why there is perfect amity amongst the couples in Communist countries. They don’t fancy for a change in search of new pleasures, very often. They are aware of the importance of maintaining their health conditions. They realise that it is beneath their self-respect to impose love on the unwilling. If the partner rejects and repels, everyone becomes conscious of self-respect. The sense of self-respect reigns supreme amongst males and females. There is no slavery of women. There is no domination by males. There is no trace of force or compulsion. Without injuring anyone’s health, the partners share pleasure.

Marriage came into vogue in the days of the barbarians, say some five thousand years ago. Why should we still maintain it? I would say that marriages take place to make a woman slave to a man. Even as animals are butchered (sacrificed) for the sake of gods, woman are treated in these marriages.

Why should women, who form nearly half of the total population, be ill-treated like this. Marriages are for selfish ends. They are not for the general welfare. By these marriages the wife protects the husband and the husband safeguards the wife. When children are born they are looked after by both. There is no benefit to the society.

Our people do not worry even if the neighbour’s house is burning. He may give a bucket of water to safeguard his own house from fire.

Our people should learn and understand the various scientific advancements going on in the world. Without this, what is the use of simply living separately and having a separate kitchen for the husband and wife. They are devoid of any sense of public responsibility.

If the world is to prosper and if humanity should aspire to be happy and progressive, marriage should be made a criminal offence by law. Such a State would come into being, if not today, at least in the future. What all l said are taking place. So l urge now for a change in the system of marriage. It is atrocious to subject women who form 50 per cent of the population in the society to such a tyranny.

Parents should provide education to their daughters up to the age of 22 years. After education, the girls should be provided with jobs. Then only, the thought of marriage and suitable life partner should arise. That too, the girl herself should be permitted to choose her life partner. The parents should on no account interfere in this marriage affair.