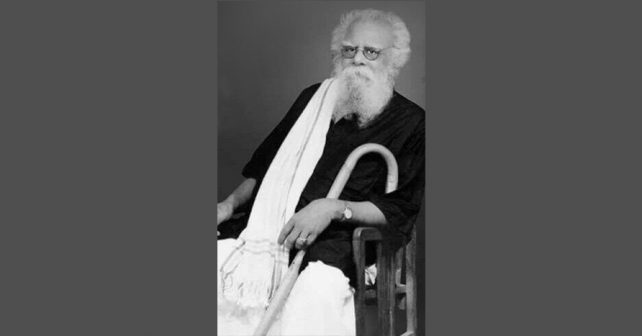 Our food habits are made in the manner of increasing our
burdens.

Our people, who are said to be endowed with rational thinking abilities, are today faced with a number of  problems. They are in the midst of worries and troubles. They have more and more grievances. Of all such pinching problems, the  scarcity of  food is today the most important problem. It is really a foolish thing to worry about the shortage of food. I would say that we are ourselves to be blamed for this unnecessary worry about food. Why do I say so?

In my opinion the dependence on rice by our people is condemnable. It is not right to say that rice alone is needed for appeasing our hunger. Rice is not at all necessary. It is not really useful to us. All our fields came to be ploughed and cultivated for growing rice only a thousand or two thousand years ago.

The human beings were originally accustomed to eat meat, and flesh of other living beings. It is only later on that people gave up non-vegetarianism. The change made to vegetarianism and the consumption of vegetables is a bad practice. It is only after the advent of rice cultivation that vegetarianism came into vogue.

When people have acquired the habit of drinking coffee, there is scarcity for sugar and milk and it has become an eternal problem yet to be solved. Naturally sugarcane is grown in fertile lands, which were used for cultivating rice all these years. Because of the fact that milk is being utilised mostly for preparing coffee, our children are unable to ger a nutritious diet and they are weak, slim and unhealthy. Moreover, all are not able to consume adequate quantities of curd, buttermilk, cheese and ghee. Ninety percent of the produce of sugar is being utilised by the people for preparing sweets and coffee. On account of this, most of the fertile lands which were growing paddy are being converted to produce sugarcane. However much we go on increasing the production of sugar, the scarcity continues. Scarcity of milk is also like this. It is also going on increasing. We still go on depending of foreign countries for tinned milk and milk powder to overcome the shortage.

Many of us have no other go than to consume ordinary vegetables which lack in nutritious ingredients. We have created this practice unnecessarily. Our agriculture has become unhelpful to us. Unnecessary things are grown. With the result we have shortage of rice. Moreover these have resulted in the two fold increase of expenditure for our food. Inevitably, the cost of living has spiralled up.

It is not an easy thing to bring in a change in this matter. It is as difficult as we experience in the case of god, religion and vedas.

The Brahmins and Saivites abstain from consuming non-vegetarian dishes. By this, they have created a high status for themselves. They are indifferent towards others. They don’t stop with that. They talk ill of non-vegetarians (who are accustomed to eat meat, fish etc.,). They call non-vegetarians as low and inferior to them.

There are ample evidences in the Vedas, Shastras (Hindu doctrines) and religious scriptures to vouchsafe the fact that the so-called Brahmins were originally non-vegetarians. They not only ate mutton and beef but also the flesh of pigs, asses, and horses, as is authentically stated in their own scriptures. Forgetting this, they indulge in heckling non-vegetarians now.

So, it is absolutely essential to change our food habits at least in the interests of the “lower” class of people.

First of all, the habit of drinking coffee should be prohibited by law. For growing vegetables, there should be a licensing system to control the production of vegetables. It is enough if vegetables are grown to the extent needed to satisfy the demands of the Brahmins and saivites who proclaim to be vegetarians.

Non-vegetarians who consume mutton and chicken should be induced to cultivate the habit of beef-eating. And the cost of beef should be pegged down in order to enable a large number of people to consume beef . Even as you see a large number of cattle farms in Western countries, our government should come forward to create more and more cattle farms. Cows should be maintained for the purpose of milk. In foreign countries cattle are not utilised for cultivating lands. There you find only machines. Similarly, we should introduce machines in the field of agriculture and see that the animals are used only for other useful purposes.

Our food habits and diet systems were also laid down by those who led a carefree life at the expense of the toiling masses. Our food habits are made in the manner of increasing our burdens. We are now accustomed to take a variety of dishes for our dinner. With rice we take curry, pepper-water, butter-milk or curd along with other dishes as fried vegetables.

In the morning, we take lddili, Dosai, Uppuma – all made out of rice-flour with Coffee or Tea.

In the night, we consume anything we like. Even in those families which have only very low income, you find these food habits only. In many poor families they are forced to give up eating either in the morning or in the evening. It is all due to poverty and helplessness.

North-Indians are not like us, as they have simplified their food habits.

They have either ‘chappati’ or ‘poori’ along with only one dish. The North Indians who can afford, consume sweets in addition.

The total population of the world is estimated to be 350 crores (perhaps in 1940). Out of it only 15 crores of people are vegetarians.

We could reduce the area of the land now being cultivated. We could considerably reduce the hard labour involved in cultivation. Suppose we are able to save half the area and labour we could concentrate on developing the goats, bulls, bullocks, cocks and hens, pigs and fish. If we increase our cattle-wealth and that of other living beings we consume as food, I do not think there will be any need to fear about food scarcity. There will be no shortage of food for any one.

Man has become a slave to coffee-on account of modern civilisation. This habit leads to the increase in our cost of living. Similiarly, our addiction to the practice of consuming rice as a modern civilised way of living has also contributed to the rise in the cost of living. We have neglected valuable other grains as ragi, millet and maize, and increased the cost of living by solely depending on rice. The main cause for the loss of working hours and the half-hearted labour of the working classes is due to our addiction to non-nutritious food varieties.

So, I insist on a thorough change in our food-habits. Instead of solely depending on rice, we have to find some other means to get the energy needed for doing work with the help of other valuable nutritious ingredients. In the beginning, we depended on steam to operate machines. We had to light the coal and prepare fire to boil water and get steam for operating the machines. Later on we used crude oil and then petrol for the same purpose. Now, we use electricity. According to the changing times we adjusted ourselves and brought in numerous changes. Similarly, to keep all parts of the body intact, to carry out their respective work, we should find out energetic nutritious varieties of food, which could be consumed in small quantities as pills or tablets. Consuming large quantities of  food to maintain the body and do the work, must be changed. It will of course take a long time to effect the change. Yet, it is possible to produce now itself adequate stocks of bread and rear the required number of goats, oxen, pigs and so on at cheaper cost, to enable all the people have the food. No one need to starve. I know some people would repel at what l say. I like to request them to look at what is going on in other countries. They should look at the people living there.

If we are to eradicate the various differences in the society and build up unity we should fundamentally change our dress habit, which is the major reason for the unwanted classifications in the society. Realising this fact the “Hero of Turkey”, Kamal Pasha, brought in a revolutionary change. He ordered that everyone should wear the same type of dress irrespective of sex. By this revolutionary change, a small and insignificant one, Turkey was able to become a great powerful nation in the world.

In the matter of appearance, dress and behaviour, foreigners are well disciplined. We do not seem to have any realisation of all these changes. On account of this some of our people take pride. They think it suited to our nature and tradition. Not only that, they do not want to think about the need to change. That is their view.

So far as our country of India is concerned, changes are very difficult to be effected. The change may be necessary. It may be absolutely correct. It may herald a lot of advantages. Yet the faith in the old traditions prompts our people to oppose such meaningful changes. Faith in blind beliefs makes our people reactionaries. They oppose and carry on propaganda against changes. They search ways to find fault with the changes unnecessarily. With the result you find the people of this country alone remain backward. They are degraded. They are jealous. This continues for many centuries, resulting in our people becoming slaves to old customs. l tried my best to find out a way and l pleaded for many changes, including our dress habits boldly.

Same dress for Males and Females

Our males and females should wear ‘Lungi’ and  ‘Jibba’ uniformly. My wife Mrs.Nagammai wore like that for one and half months. But she felt shy to go out of the house freely.