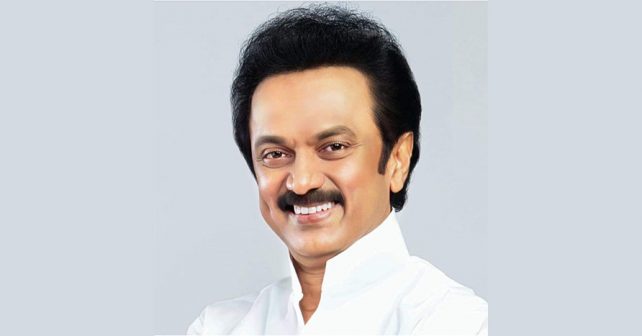 Dravida Munnetra Kazhagam (DMK) has been given mandate by the people to rule the State of Tamil Nadu. This is the sixth time DMK assumes power in the State. M.K. Stalin has become the Chief Minister for the first time, having gained rich experience, both in the governance and in the DMK at various levels. His due training and grooming were by the five time Chief Minister of Tamil Nadu Dr. Kalaignar M. Karunanidhi, who led the DMK as its president for more than half a century.

M.K. Stalin has shown us all how a chief minister of great Dravidian lineage would perform as the custodian of a state. Dravidam has emerged victorious and history scripts the achievement. These 100 days mark just a beginning – a brief introduction, preceding his accomplishments in the near future. His good governance has heralded a New Era.

Since the day he assumed office as the chief minister of Tamil Nadu, (14th May 2021) M.K. Stalin has been functioning with an unflinching resolve and unwavering patience, adhering to the ideology of Periyar. The glorious state of Stalin’s administration, its orderliness and elegance are highly commendable. One hundred days are in-fact too short a period for so many achievements. With social justice as the base of his governance, Stalin has determined to redeem the rights of the downtrodden people in society.

Immediately after assuming office his first promulgation was free bus travel for all women in the State. This has proved to be a great solace to working class women who are at a loss of words to thank the new chief minister.

Inspite of the financial crunch, Stalin fulfilled his poll promise and offered Rs.4000/- to every family in the entire state, towards Covid-19 relief. Besides, a kitty comprising 14 essential groceries and commodities was given to each family all over the State of Tamil Nadu. This was undeniably a great relief to the people among odds and discomforts. Stalin has been reiterating that his Government would fulfil all the other poll promises too and implement the schemes specified in the DMK’s election manifesto.

As far as the National Eligibility cum Entrance Test (NEET) issue is concerned, it cannot be denied that the Union Government should also cooperate. The genuine reasons for our seeking exemption from NEET were not properly explained and highlighted by the former ruler Government of Tamil Nadu. In order to clear the mess and justify our stand in this regard, a commission was constituted which was headed by eminent Justice A.K. Rajan. Within a short period of one month Stalin has obtained the report of the commission and has chalked out further measures for an amicable solution. Students aspiring to enter medical colleges have pinned all their hopes now on the Government headed by M.K. Stalin.

He has also assured rehabilitation of farmers at all level, including waiving of farm loans and implementing several schemes for their welfare and livelihood. He needs time only to rectify certain irregularities cropped up during the period of the previous government. To guard the rights of agriculturists his innovation of presenting a separate agri-budget is unique of history. His annual budget for agriculture and farmers welfare is in fact the first in the State.

Through the white paper presented recently by the State Finance Minister Palanivel Thiaga Rajan, the financial crisis faced now by the state has been highlighted in a transparent manner. Stalin has emphasised that his government’s goals are realisable despite all the hurdles lying ahead. He has instilled hope by reiterating that he would never go back on his election promises.

To bring back the economy of the State, for the first time, Chief Minister’s Economic Advisory Council has been constituted with Raghuram Rajan (former governor, Reserve Bank of India), Arvind Subramanian (former economic adviser, Government of India), Dr. Esther Duflo, Nobel laureate in Economics and S. Narayanan (former finance secretary, Government of India) as members. The advisory council is a fore runner for the State level policy formulations.

Besides, Tamil Nadu State Planning Commission has been reconstituted with the leading economist Prof. Dr. Jeyaranjan as its chairman. All these moves on the part of DMK rule shows the concern and commitment for the economic development of the State.

The chief minister M.K. Stalin appointed trained Archakas in the State. This was an unfulfilled dream of Periyar. Appointment of Archakas who enter into sanctum sanctorum (karpa graha) is a silent revolution. This is a highly significant step towards eradication of castes and abolition of untouchability. Archanai in Tamil language as desired by devotees was introduced and the rightful place for Tamil has been restored. His government has also enabled mode of worship in temples using invocations in Tamil. This is one of his numerous achievements during this short period of hundred days.

To annihilate the disastrous Corona epidemic from the State, Stalin has been striving hard in multiple ways such as arrangement of oxygen concentrators, vaccine, containment zones, treatment through various systems and relief measures. He has been personally accessing most of the victims at the risk of his own life and saving people from Corona pandemic.

Democracy becomes meaningful when the grievances of the people who elected their political representatives, are redressed. During the electioneering campaign itself, the CM candidate M.K. Stalin received grievance petitions from the public for its due redressal after assuming authority. As assured CM Stalin after DMK forming government, created a department, ‘Chief Minister in Your Constituency’ and through it duly disposed of about 2.29 lakh grievance petitions within 100 days after assuming power out of the total receipt of 4.57 lakh petitions. The disposal of the rest is in progress. The speedy fulfilment of people’s expectations besides the carrying out the electoral promises is appealing to all sections of the people. DMK rule now in Tamil Nadu has proved its mettle within the shortest span of time with inspite of financial crunch in the treasury and the horrible period of Corona pandemic.

Stalin is being hailed today as “the best chief minister in India” which is not an exaggeration. He deserves encomium for his exceptionally marvelous activities. People from every nook and corner have been lavishing praise on him, irrespective of their parties, policies and principles. This is a matter of pride for us. Actions always speak louder than words. Stalin has proved it. May the achievements of his government continue in leaps and bounds!