What Should be the Next Step? 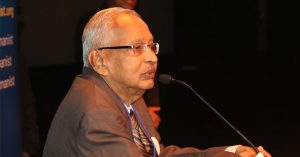 The President Dravidar Kazhagam Dr.K.Veeramani has released a statement condemning the injustice meted out to Other Backward Classes of the people.

The Medical Consultative Committee under the control of the Ministry of Health and Family welfare has published in its authorised website (www.mcc.nic.in) the list of PG Medical seats reserved for various categories. It is pertaining to Medical admissions for the academic year 2020-2021. A college-wise break-up has been released which insists on admission based on the marks obtained in NEET. Among the seats obtained from various states for the All India Quota of, seats have been totally denied for Other Backward Classes (OBCs). This injustice has shocked and shattered us.

The break-up given is self-explanatory. Does it not infuriate us?

Total seats, offered by Tamil Nadu State to the All India Quota: 941

Of which, the seats allotted to Other Backward Classes: ZERO!

Obviously, out of the total of AIQ of 7981 seats not even one has been offered to Other Backward Classes. There is no response from the Union Minister of Health and Family Welfare for the queries raised by the members of the Parliament and for the letter sent later.

Citing this with proper evidence, a letter of complaint was sent to the National Commission of the Backward Classes (NCBC), on behalf of the All India Federation of Other Backward Classes Employees’ Associations (AIOBC). Based on this complaint, the NCBC wrote on 22nd May 2020 to the Secretary, Ministry of Health and Family Welfare seeking explanation.

According to various particulars collected since 2017, nearly 11,000 medical seats both in undergraduate and postgraduate medical and dental courses in AIQ have been denied to OBCs and they were grabbed by the General Categories. We have compiled all the relevant facts from the authorised website of the Union Ministry. For instance, refer to the list provided and note how not even one seat has been allotted to OBCs, against 941 seats pooled by the Medical Consultative Committee of the Central Government from Tamil Nadu.

The Government at the Centre has been obtaining 15 per cent of Under Graduate seats and 50 per cent of Post Graduate seats in medical and dental colleges from various medical colleges of State Governments. But under the AIQ seats are totally denied to OBCs. Dravidar Kazhagam has been time and again protesting against this grave social injustice. Statements of Condemnation were released and published on May 8, 2020 and again on May 16, 2020 by Dravidar Kazhagam (DK). Following DK’s statements of protest, many leaders of political parties and social organisations voiced their protests supporting the cause of OBCs.

At this juncture, Com. G.Karunanidhy, General Secretary, All India Federation of Other Backward Classes Employees’ Associations as well as the Secretary – External Relations of the Dravidar Kazhagam, sent a letter of complaint to the National Commission for Backward Classes, explaining meticulously how the OBC student- candidates have been ignored completely and how the number of seats offered to them is a whopping ZERO! AIOBC had furnished crystal clear statistics, for perfect representation of OBC candidates.

The National Commission for Backward Classes commenced its enquiry based on Section 338-B of our Constitution. This is a welcome move, indeed. It had also instructed the Ministry of Health and Family Welfare to submit its reply within a period of fifteen days or appear in person after the dead-line.

For several years the BJP Government at the Centre had been reticently and strategically pulling wool over the eyes of OBCs. Since this injustice has been clearly exposed now, several party leaders have started releasing their statements condemning the unpardonable treatment. Former Chief Minister of Uttar Pradesh AkhileshYadav is one of them. But the BJP-led Government has not accorded so far a fair treatment to OBC candidates.

During the All-Party meet convened by Dravidar Kazhagam, it had even resolved to agitate in Delhi and hold a conference to highlight the demand of social justice but the unexpected pandemic Covid-19 caused an inevitable hindrance.

Since Covid-19 has turned the entire world topsy-turvy, in person contacts is difficult. However, using modern devices of communication, our MPs can create widespread awareness. The National Commission for Backward Classes and the Cabinet Minister for Health and Family Welfare must be made to realize the gravity of the problem.

Our collective efforts would yield fruitful results. The grievance of the victimised OBCs must get due emphasis and strong stress. The President of the DMK, M.K. Stalin has already taken the initiative and ignited the spark. DMK has filed a writ petition at the Supreme Court of India and so has Dr. R. Anbumani, who heads the Youth Wing of his PMK. Steps are being taken by our Dravidar Kazhagam as well to move the Madras High Court in this regard.

Irrespective of outfits and Party sentiments, let us all collectively voice our protest and wage a war unitedly to safeguard social justice. We live in the land of social justice and this is the right moment to prove it. Our voice should be heard all over the country. Synergic fight is the need of the hour, we must succeed in protecting the interests of OBC candidates.

As per the Census of 1981, four decades ago, the OBC population had been the majority deprived community of India. Therefore let us all take the pledge to prevent injustice to them at all costs. It is noteworthy to observe that OBCs are 52 per cent of Indian population.

The voice that we raise in Tamil Nadu should echo and reverberate all over India. Let us all strive to achieve this!

May the glory of Periyar live long!

May social Justice be invincible forever!