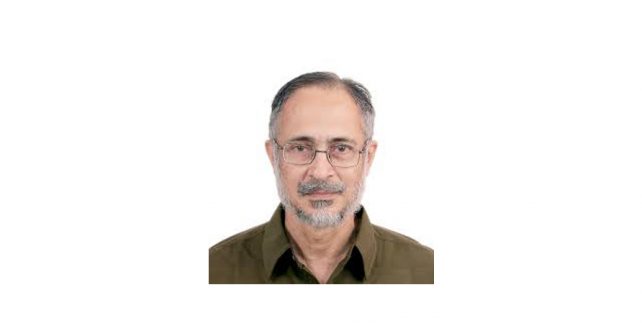 Language as the means to communicate thoughts, ideas, information and knowledge, is an inseparable part of personal and socio-cultural identity. Wars have been fought on the basis of language. An example is the birth of Bangladesh in 1971 due to dominant West Pakistan imposing Urdu on the Bengali-speaking people of East Pakistan.

Constitution of India Article 351 states: “It shall be the duty of the Union to promote the spread of the Hindi language, to develop it so that it may serve as a medium of expression for all the elements of the composite culture of India and to secure its enrichment by assimilating without interfering with its genius, the forms, style and expressions used in Hindustani and in the other languages of India specified in the Eighth Schedule, and by drawing, wherever necessary or desirable, for its vocabulary, primarily on Sanskrit and secondarily on other languages”.

The Hindi-Sanskrit duo was accorded status superior to the other 12, Eighth Schedule languages. With communications not being very good in 1950, the languages and cultures particularly of Southern and Eastern India were not widely known. Hence giving overwhelming primacy to Hindi-Sanskrit was perhaps understandable.

Since then, radio, TV, internet, mobiles, and physical mobility for employment/business, has resulted in increased awareness of cultural diversity and plurality. Thus in 2003, the Eighth Schedule listed 22 languages, and Census 2011 recognizes 31 languages. Today, although constitutionally directed, the primacy of Hindi-Sanskrit is being questioned.

Anti-Hindi-imposition agitation followed introduction of compulsory Hindi in schools in Madras State (later Tamil Nadu) in 1937, by the Indian National Congress. The order was withdrawn in 1940. Significantly, the agitation was supported by a “Self-respect Movement”. In 1948, Congress again attempted to introduce compulsory Hindi, again followed by anti-Hindi-imposition agitations and withdrawal of the order. Again in 1965, following Government of India making Hindi the sole official language, there were anti-Hindi-imposition riots, and yet again PM Lal Bahadur Shastri’s assurance that English would also continue, gave quietus. The political fallout of Congress’ attempts to impose Hindi in Tamil Nadu was its influence and presence in that State almost vanishing.

“Periyar” E.V.Ramaswami held that Tamil, an ancient language with a rich culture and literature would be decimated if Hindi took precedence over it. Hindi imposition was seen as an attack on the self-respect of the Tamilian. That Periyar was anti-Hindi-imposition, not anti-Hindi, is demonstrated by the fact that the Dakshin Bharat Hindi Prachar Sabha founded in 1918 in Madras by Gandhiji, functions even today.

A panel headed by Dr K.Kasturirangan submitted the draft National Education Policy (NEP) to the Union HRD Minister on May 31 2019, stirring a hornet’s nest. Non-Hindi speaking states alleged “imposition of Hindi”. Tamil Nadu saw public protest against the three-language-formula (TLF), while West Bengal and Karnataka opposed the imposition of Hindi and demanded primacy to the regional language. Union Minister D.V.Sadananda Gowda mollified protestors, saying it is not imposition of Hindi but “… only a recommendation and not a policy. No decision has been taken by the Centre yet”. [Prathima Nandakumar; “The other side: Does draft education policy favour mother tongues more?”]

But the Union Government did take a decision, approving NEP-2020 on 29 July 2020. To its credit, NEP-2020 states: “The purpose of the education system is to develop good human beings capable of rational thought and action, possessing compassion and empathy, courage and resilience, scientific temper and creative imagination, with sound ethical moorings and values. It aims at producing engaged, productive, and contributing citizens for building an equitable, inclusive, and plural society as envisaged by our Constitution”.

Of India’s 121-crores population (Census 2011) Hindi speakers live predominantly in Bihar, Haryana, Madhya Pradesh, Rajasthan and Uttar Pradesh. The Hindi speaking population in these states has risen from 36.99% (1971) to 43.63% (2011). This huge increase is attributed to falling education levels and other socio-economic parameters. On the other hand, in the Southern states which have improved their socio-economic parameters, speakers of Kannada, Malayalam, Odiya, Tamil and Telugu have declined in percentage terms from 1971. Although speakers of Sanskrit have increased in numbers from 2,212 (1971) to 24,821 (2011), they are negligible in numerical and percentage terms.

Non-Hindi speakers taken together are 56.37%, but Hindi at 43.63% is the single largest spoken language, with Bengali a distant second at 8.03%.

NEP-2020 terms Sanskrit as “an important modern language”, and in view of its literary wealth, it “will thus be offered at all levels of school and higher education as an important, enriching option for students, including as an option in the three-language formula”, and “India also has an extremely rich literature in other classical languages, including classical Tamil, Telugu, Kannada, Malayalam, Odiya”.

Six languages, starting 2004 with Tamil, followed by Sanskrit (2005), Kannada (2008), Telugu (2009), Malayalam (2013) and Odiya (2014), were accorded “Classical” status. The antiquity of Tamil exceeding that of Sanskrit has been posited in academic circles. Census 2011 shows that Tamil has over 6.9-crores speakers. It is a living language with a wealth of both ancient and contemporary literature. Likewise the other Classical languages, excepting Sanskrit which although undoubtedly priceless, has predominantly ancient literature and a negligible 24,821 speakers.

Notwithstanding, NEP-2020 Para 22.15 forefronts Sanskrit “due to its vast and significant contributions and literature across genres and subjects, its cultural significance, and its scientific nature”. It “mainstreams” Sanskrit “with strong offerings in schools – including as one of the options in the three-language formula – as well as in higher education”.

NEP-2020 retains implementation of TLF but with flexibility, and assures that “no language will be imposed on any state”. The three languages learned by students “will be the choices of States, regions, and of course the students themselves”.

Making Sanskrit as an option in TLF was objected to earlier in non-Hindi speaking states since north Indian students preferred Sanskrit to a South Indian language. This is borne out in NPE-2016 Para 6.13.11:“… indeed contrary to the spirit of TLF no South Indian language is generally taught in most schools in Hindi speaking states“. The reality is that “generally” is actually “almost never”.

Terming Sanskrit as a modern language and, despite its negligible speaker-population, according it primacy by including it as a TLF option over other living languages, is being questioned as a gambit in present majoritarian politics.

Instance-1: A woman CISF official at Chennai airport asked MP Kanimozhi if she was Indian because the latter requested her to explain something in Tamil or English. The issue is not about whether the CISF officer is punished, nor about her asking a MP. It is about why she asked the question in the first place. Clearly she believes that every Indian needs to understand Hindi, and also that she herself has no need to know any other language to carry out her duties anywhere in India.

Instance-2: During a recent virtual training session, Secretary to the Union Government, Ministry of AYUSH, Vaidya Rajesh Kotecha said participants who did not speak Hindi “could leave”, as he could not speak English very well. The issue is not about his asking the non-Hindi speakers to leave, or about the Tamil-speaking participants reportedly demanding his speaking in English. It is about why Mr.Kotecha believes that conducting an All-India training session in Hindi would be understandable to non-Hindi speaking participants, that he himself need know no language other than Hindi, and everybody else needs to know Hindi.

Instance-3: Purushotama Bilimale relates an incident: A Hindi professor from a prestigious college in Delhi University once floored me with a question – “Saabji, yeh ‘Kannad’ Kahaan ki bhasha hai?” (Sir, Where is Kannada language spoken?) In a bid to educate, I pulled out the map of South India and told him about its major languages. “We had never been told about all this and we did not learn this in school either”, he regretted. The issue is about a Hindi language teacher’s regretful admission that he had no idea of where the “Kannad” language was spoken. The Hindi professor would surely know that French is spoken in France, German in Germany, etc. but he is ignorant of the names or the places and cultures of Indian languages.

These evidences are in part due to the education system – which NEP-2020 seeks to rectify – but they betray a language-culture based insular mindset among Hindi speakers, ranging from a low-ranking CISF official to a Union Government Secretary to a university language professor. This mindset in India’s diverse society indicates that national integration has a long way to go.

People associate language and appearance (facial features, skin-colour, dress). People from our Northeastern states have distinctive features and speaking accent. There have been vicious attacks on such individuals, suspecting them to be Chinese, and hence not Indian. [The reason they are not suspected to be say, Japanese, is that Chinese are cause for negative emotions].

Civilized social transactions between one individual and another whose language or appearance is different, is based upon both education and respect for differences in language, religion, custom, etc.

Fraternity in our Constitution Preamble cannot be promoted unless genuine interest in the diverse languages and cultures, and the dignity of the individuals who speak these languages are first promoted. This is not possible if one language or culture is given primacy over another. The political consequences of language imposition in 1937, 1948, 1965 and 1971 should not be forgotten.

The genuine concerns of non-Hindi speakers is that imposition of Hindi leads to cultural homogenization detrimental to their own cultures. These concerns need to be sincerely addressed, else the stage is set for divisiveness rather than for integration. National integration cannot be by diktat.

The noble purpose of NEP-2020, is “… to develop good human beings … for building an equitable, inclusive, and plural society as envisaged by our Constitution”. Primacy given to Hindi-Sanskrit in NEP-2020 over other languages cannot lead to overcoming the insularity of Hindi speakers. If TLF is revised to give due importance to non-Hindi languages, it will move Indians towards genuine acceptance of an inclusive and plural society which We, the People deserve.