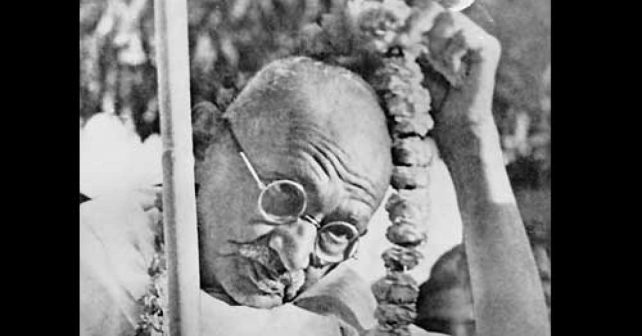 ‘Mahatma’ Gandhi, praised as ‘Father of the Nation’ was assassinated by Nathuram Ghodse, the Hindu fanatic in the independent India.  Slowly, the Hindutva forces have started to glorify the assassin, Nathuram Ghodse after the saffron forces assumed the power at the Centre.  The ruling BJP while celebrating the 150th birth anniversary of Gandhi is not vehement in opposing the forces glorifying the assassin.

Besides, the meticulous move by distorting the cause of the death of Gandhi is being carried out.  In the BJP ruled Gujarat State, in a school text there exists a sentence – “Mahatma Gandhi committed suicide.”  It cannot be construed as a casual error but it is a deliberate distortion by the fundamentalist forces.

Recently in Odisha state, the government published a booklet on ‘Mahatma Gandhi’ to commemorate his 150th birth anniversary.  In that booklet there is a note, ‘Gandhi, killed in an accident.’ Due to heavy protest against distorting the historical fact, the State Government has withdrawn the booklet.

Such distortions cannot be ignored. Severe action is required to curb such mischievous deeds of Hindutva forces.  Distorting the historical facts is worse than the failure to reveal the truth!