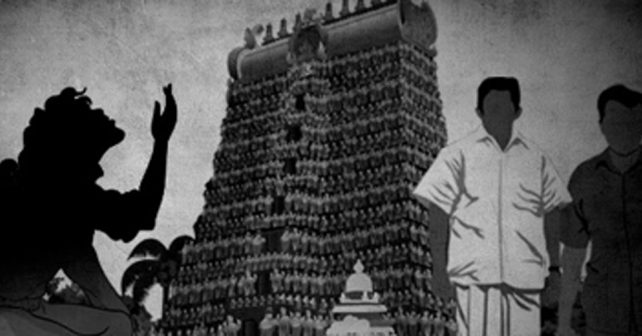 One of the social customs that Periyar outrightly condemned even as early as the thirties of the last century was the Devadasi system. Despite an advocacy of it by the rich and even by freedom fighter Sathyamoorthy and others, this practice of dedicating young girls as Devadasis to temples was done away with in Tamil Nadu. Everybody knows that these Devadasis at length become ‘Manudadasis’.

It is a pity that this shameful practice still continues to be in a few temples on the Karnataka Maharashtra border. Also in a Durga temple in Davanagere District of Karnataka. The National Commission for women has reported that about 2.5 lakh Dalit girls in Karnataka were forced into the Devadasi System and eventually pushed into prostitution.

A non-governmental organization, the S.L.Foundation in Kerala has filed Public Interest litigation against the practice of dedicating girls to the temples. The Supreme Court directed the Government of Karnataka to ensure that no such practice prevails there. Also to detail the steps taken for the abolition of the system.

If Tamil Nadu is in the forefront of having abolished the Devadasi System six or seven decades earlier, the credit goes to Thanthai Periyar.