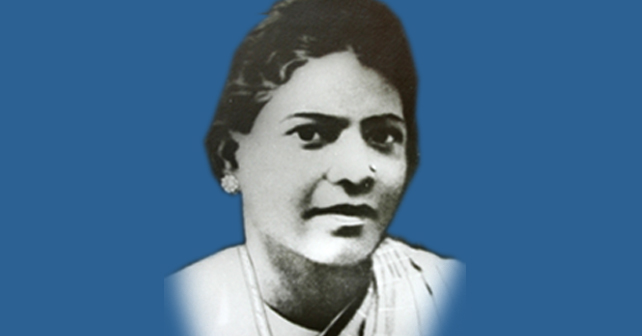 Nagammaiyar was the wife of Periyar E.V.Ramasamy. Her family was closely related to that of Periyar. Despite having been born in an orthodox family, she got married to Periyar in 1898. She transformed herself to the rationalist principles of Periyar and took active part in public life. At the time of non co-operation Movement (1922) wherein, the country liquor shop was picketed by Nagammaiyar along with Kannammal, sister of Periyar. When the appeal was made to Gandhi to withdraw the agitation of non co-operation, he declared that the withdrawal was not in his hand but in the control of two women at Erode. She was the first women member of All India Congress Committee (AICC)

When Periyar got arrested in Vaikom agitation (1924) in Kerala and was imprisoned, Nagammaiyar took up the leadership and sustained the agitation with the people’s support by mobilizing ‘pidi arisi’ campaign, a door to door campaign to collect handful of rice to cook food for the agitating volunteers. After the start of Self Respect Movement, she was supportive to the public life of Periyar. She herself conducted many self-respect marriages, a system devoid of religious rituals in the presence of vedic prohits, ensuring equality to both man and woman, who get married. She passed away in 1933 due to illness. After cremation, the next day Periyar left for Trichy to conduct a Self-Respect marriage for a person, born in Christian family. Based on the compliant given by the priest of the church, Periyar was arrested and taken to police station for interrogation.

Following is the translated version of eulogy in Tamil written by Periyar at the demise of his life partner both in private and public walks of his life. The eulogy is of literary value depicting the attachment BETWEEN Nagammaiyar and Periyar. Nagammaiyar’s Memorial day is on 13th May.