NATIONAL EDUCATION POLICY 2020 Ploy and Plot of BJP and RSS? 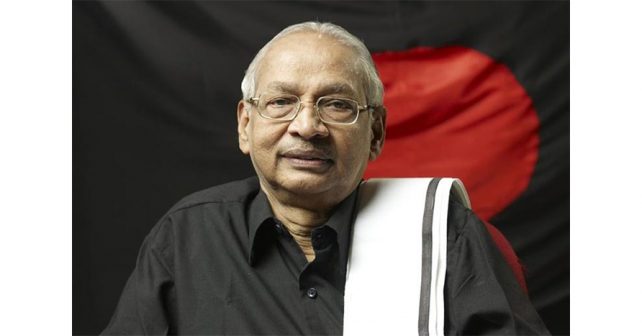 National Education Policy 2020 seems to be a smart ploy and plot of the BJP and the RSS. It seems to be a plan to saffronise education completely. It could be seen even as the revival of caste and community based educational system as well as the long abolished ‘Gurukul’ system of education, under which disciples live together with the teacher and learn. The new policy could encourage Sanskrit to infiltrate through the three-language formula. All the States to protest against the National Education Policy which has been thrust on us, by-passing the Parliament. Without a debate in the Parliament and rigorous consultations with eminent academicians, this policy has been proclaimed by the BJP led Government at the Centre.

According to this new policy, students have been segregated in four slots as elementary, primary, secondary and Higher secondary learners. At present education is compulsory for learners who are 6 to 14 years old. This is to change as age 3 to 18.

Nearly 2 crores of children who had either dropped out or not been admitted at all would be offered education.

The new school education scheme is to be 5+3+3+4 = 15 years. In brief it would be of 15 years (12 years of school education and 3 years of learning at rural child care centres kindergarten courtyard shelters known as Anganwadi etc.)

Vocational courses commence from the sixth standard itself. Up to the fifth standard teaching activity would be in the learner’s mother tongue or the regional language. Three-language scheme would be offered in Secondary and Higher Secondary classes with the study of Sanskrit as an option.

All the students of third, fifth and eighth standard will have to appear for school examinations to be conducted by the commissions concerned. Every state and every district would be encouraged to establish Boarding Schools and provide food and shelter during day time to the learners.

Severe action would be taken against sub-standard institutions and incompetent teaching faculty. Digital learning mode would be expanded and modern teaching/learning gadgets would be introduced in all the class rooms.

Matters pertaining to education should be decided by the consensus of both the State governments and the Central government. How could our government at the Centre arrive at such a serious policy decision independently on its own without inviting any State for discussion? Was it a hidden agenda taking advantage of the COVID-19 disaster? These are some of the perplexing questions now. The entire 130 crore people of India have the right to condemn this act of the BJP led government at the Centre. The government owes them an explanation. At this juncture The New Indian Express, known for reliable news, has reported that before framing the new policy, the BJP led government discussed the issue with RSS leaders. It is therefore revealed that an RSS Agenda has been fulfilled by this unpleasant policy. As the adage goes – ‘the cat is out of the bag!’

Would Sanskrit be the third language?

Thrusting Sanskrit as the third language has never been accepted by Tamil Nadu at any stage so far. Sanskrit is believed by us as the sign of the Aryan culture. Sanskrit is of no use to today’s students.

There is already a wide-spread protest against NEET and several other entrance exams. Introducing entrance exams for U.G. courses would adversely affect the first generation learners. It is like falling from the frying pan, into the fire. Numerous families have remained illiterate for generations. Their dream to make their children graduates would not come true if this arrogant move succeeds.

Most of the children hailing from such downtrodden and poor families may discontinue their studies and give up their education at the level of 12th standard (plus two, as it is called now). Is the new education policy framed in order to prevent the progress of the underprivileged families? What exactly is the motive behind this new policy? Should education be the sole right of the affluent families and the children of the rich upper caste parents? These are our questions now. The BJP led government owes us answers.

A caste and community based system of education was introduced by Rajagopalachari (Rajaji) during 1952 in Tamil Nadu. After a few hours of learning activity students had to involve themselves in the profession of their community, such as farming, weaving, carpentry, masonry etc. Unable to bear the brunt of wild protest of the people, he had to demit office. People behind the framing of the latest policy of education ought to bear in mind the fall of Rajaji. People who forget history are condemned to repeat it.

Who Prepares Schemes and Plans for education?

Plans pertaining to education are being prepared by a council called National Council of Education of Research and Training (NCERT) constituted by the Central Government, as if there are no educationists and eminent academicians in any State. According to the government at the Centre, NCERT alone is capable of implementing the scheme of uniform education all over India, a concept of the RSS.

Either in the Department of Historical Research or in the NCERT, the executives are mostly brahmins and RSS supporters. Even in the expert committee of academicians constituted by the Central government none of the senior educationists finds a place. The world of education is being monopolised and dominated entirely by the Central government which is unpardonable. This is usurpation of powers.

NEET and several other entrance exams help the coaching centres of corporate magnates mint money and flourish. This is evident by the introduction of entrance exams even for the U.G. courses in Arts and Science. The BJP led government, the RSS and various establishments dominated by brahmins are merely paving the way for the welfare of coaching centres – not the students and their families.

It is an illusion that the new National Education Policy would make the life of students a bed of roses. All of us should unite and scrap it by coordination. ‘Sharing power is real democracy’. But the BJP led government adamantly refuses to share it with all the States. This is not only exploitation but also an unpardonable injustice.

This National Education Policy (NEP) is unwarranted for our country.

It is the right moment for us to co-ordinate with all the parties, forums, academicians, educationists, students and their parents in order to bury the National Education Policy  2020 deep into the ground.