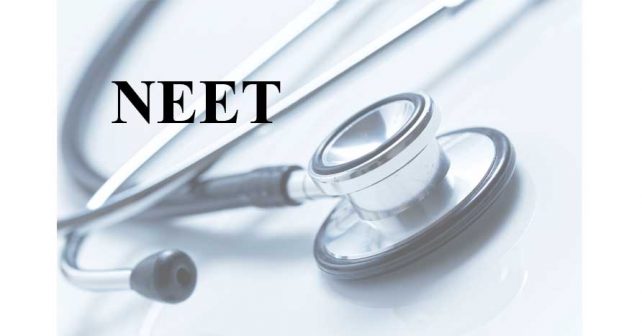 The Dravida Munnetra Kazhagam (DMK) government in Tamil Nadu has now passed a law scrapping the National Eligibility-cum-Entrance Test (NEET). Called the Permanent Exemption Bill for NEET, it exempts medical aspirants in Tamil Nadu from taking NEET for admission to undergraduate degree courses in medicine, dentistry and homoeopathy. Many, including judges of the Supreme Court of India, were of the opinion that NEET would be most student friendly as it would not only save them from the trouble of appearing in multiple tests but also ensure a transparent and fair system of medical admissions. But how this ‘one-test, one-nation’ policy would really affect students, particularly those from rural and underprivileged sections, has not been studied properly. How it would undermine the rights of minority institutions too was not given much importance. What has been the experience of other countries with such tests? What would be the true implications of a one test policy on federalism?

In accordance with the DMK’s electoral promise of promoting equity in medical admissions, Tamil Nadu Chief Minister M.K. Stalin, constituted a high-level committee under the chairmanship of retired Madras High Court judge, Justice A.K. Rajan. After the High Court had dismissed a petition by Bharatiya Janata Party (BJP) State Secretary K. Nagarajan against the constitution of this committee, the DMK government moved with god speed and got the law against NEET passed by the State Assembly. Of course this law will not be able to help students as the President of India is unlikely to give his assent to it as the BJP had opposed it. Yet, the enactment of this law has succeeded in reviving the debate about the usefulness of NEET. While medical education is on the Concurrent list (Entry 25), it is subject to the maintenance of standards in higher education which is within the domain of the central government under the Union list (Entry 66). In any case, the field is occupied by the central law namely Section 14 of the National Medical Commission Act, 2019 that provides for NEET. NEET is a unique system of admission as no admission in medicine is possible in India without clearing NEET. The idea of common tests was initiated by Murli Manohar Joshi as the HRD Minister in the A.B. Vajpayee government. It found some support in the judgment of the Supreme Court in T.M.A. Pai Foundation (2002). NEET was notified by the Medical Council of India (MCI) in 2010 but in 2013, a three-judge majority decision in Christian Medical College Vellore Association Vs Union of India and Others had struck down NEET. The decision was widely criticised as being pro-rich, for pro-coaching centres, and anti-student and one which would lower the standards of medical education. As a result, the Indian Medical Council Act, 1956 was amended and Section 10D was inserted to empower the MCI to conduct NEET. Moreover the review petition against this judgment was allowed in 2016 and the Supreme Court ordered the conduct of NEET from 2016 itself.

Imposed by the judiciary

Surprisingly, the Bench did not accept even the Government of India’s repeated requests to permit State governments to conduct their tests at least in 2016. NEET was thus imposed by the Court and not the Narendra Modi government. Interestingly, the Court did not pay much attention to its own judgment in Islamic Academy of Education and Another (2003) where a five-judge Bench had clarified T.M.A. Pai Foundation and held that institutions that have a special feature and have a fair and transparent admission procedure for at least the last 25 years can seek an exemption from the common admission test.

The Justice Arun Mishra-led Bench in 2020 again upheld NEET even in respect of minority institutions. Article 30 gives them the right to admit students of their choice. ‘Choice’ cannot be limited just to the right to reservation. Each university or institution has a right to emphasize some special areas of study. For instance, the Gandhi Medical College, Seva Gram, Vardha, had a paper on Gandhian Studies in its test. Similar was the case with the Armed Forces Medical College which used to test a student in defence studies.

Instances of alleged question paper leakage in the very first year of NEET, media reports of unfair means and examination malpractices by students show that both NEET as well as JEE are not fool-proof tests satisfying the parameters of fairness and transparency.

The A.K. Rajan report has substantiated arguments against a single test in its 165-page report. A majority of the 86,342 people the panel spoke to were opposed to NEET. The diversity in Tamil medical institutions has been affected with the introduction of NEET. The percentage of students from rural areas has dropped from 61.45% to 50.81%. Similarly, the percentage of candidates from government schools has gone down from 1.12% to 0.6%. The percentage of English medium students — already dominating medical education — went up from 85.12% to 98.01%. The percentage of students from the Central Board of Secondary Education (CBSE) has gone up to 38.84%. For students from economically poorer sections, it was a decline — from 47.42% to 41.05%. The number of first generation learners has gone down too. Post NEET, Tamil students constitute just 1.99%.

Unfortunately, the Supreme Court considered just the legality of NEET but overlooked the real impact NEET would have on the ground particularly on underprivileged candidates and minority institutions. Forget India with its huge regional disparities and marked differences in the standards of various State boards. Even in the United States, a number of surveys found that it was mainly the children of mostly rich, white and politically powerful families who cleared prestigious common tests. Empirical research in the United States on standardised common tests has found that these tests are biased against the poorer and underprivileged sections of population, women and minorities. To overcome these problems, race-sensitive admission criteria were introduced, leading to the judgment in Grutter (2003). Thus, there is an element of class in NEET and the Justice Rajan committee has found hard evidence of such elitism. If similar committees are appointed in other States, there are sure to be identical findings.

Moreover with just one national test, commercial coaching institutes are bound to prosper. And since most coaching centres are in the cosmopolitan and big cities, poorer students from a rural background, and who have studied in the vernacular medium, would always be at a disadvantage in any ‘one nation-one test’ policy. There is also large-scale variation in syllabus when it comes to the CBSE and State boards. Wrong translation of questions including in Tamil had also been a problem. If unequals are tested on the basis of one test, i.e. NEET, the mandate of equality is violated as Article 14 demands likes are to be treated alike, not unlikes are to be treated alike. Thus, it goes against the Preamble as it does not provide equal opportunity to all. What it basically achieves is just ‘formal’ rather than ‘substantive equality’ as it overlooks differences.

The greatest argument in favour of NEET is judicial belief about the promotion of merit though without any clarity on the meaning of merit. The reality is that many private colleges even after NEET do admit students under Non Resident Indian and management quota on extremely low scores i.e. much lower than the scores of Scheduled Caste, Scheduled Tribe and Other Backward Class categories.

Merit requires fair competition and equality of opportunity. Is it not a fact that the central government and judges sincerely believe that the multidimensional construct of merit can be adequately, if not accurately, measured? When NEET does not satisfactorily meet this fundamental criterion, competition cannot be termed as fair and just, and the equality of opportunity becomes illusory. There is substantial scholarship in the West (Sacks, Freedle, Wells, Camara and Schmidt) that common admission tests cannot measure abilities that are essential for learning such as imagination, curiosity and motivation. NEET does not test qualities that a doctor must possess such as compassion, empathy and passion to serve humanity. Accordingly hardly any doctor is willing to serve in rural areas. NEET toppers won’t necessarily make good doctors.

While the Tamil Nadu government should try to improve educational standards of its schools, the NEET syllabus should not be based entirely on CBSE. The central government too should review the policy of a single test so that diversity of the society is reflected in our medical institutions.