NEET is not student-friendly, merit-promoting 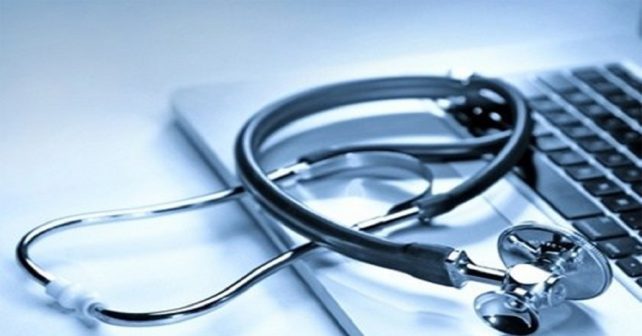 In the case of education, over-centralisation is becoming a harsh and painful reality

“Freedom of individual development is the basis of democracy,” observed the Commission (1948-49) appointed by the Government of India “to report on Indian University Education and suggest improvements and extensions that may be desirable to suit present and future”. It had among its members Dr. S. Radhakrishnan and was cited by then Chief Justice of India, B.N. Kirpal, in the judgment in T.M.A. Pai Foundation & Ors vs State of Karnataka & Ors (2002).

The Commission added (also cited in the T.M.A. Pai Foundation judgment): “Exclusive control of education by the State has been an important factor in facilitating the maintenance of totalitarian tyrannies. In such States’ institutions of higher learning controlled and managed by governmental agencies act like mercenaries, promote the political purposes of the State, make them acceptable to an increasing number of their populations and supply them with the weapons they need. We must resist, in the interests of our own democracy, the trend towards the governmental domination of the educational process.”

But these observations do not seem to have been kept in mind in a judgment this April on the National Eligibility-cum-Entrance Test (NEET), by a three-judge Bench of the Supreme Court, headed by Justice Arun Mishra. NEET was initially struck down as unconstitutional in Christian Medical College, Vellore (2013) by a 2:1 majority. In 2016, not only was a review of this judgment allowed but the dissenting judge of the 2013 judgment made NEET compulsory even prior to a full hearing by the Constitution Bench. NEET is an assault on the autonomy of universities and higher education institutions, particularly private, unaided ones. It is ironical that while in all other areas including industrial relations, the government is talking about deregulation, in the case of education, over-centralisation is becoming a harsh and painful reality. Similarly in the name of NEET or the State’s power to “regulate”, the rights of unaided private institutions and minority institutions cannot be violated as regulation cannot annihilate minority character. Certainly minorities do not have right to “mal-administer” their institutions yet due to admission mal-practices practised by the few institutions, denial of Article 30 rights and Article 19(g) rights of private unaided institutions is absolutely wrong.

Is NEET really student friendly? For example, Tamil Nadu has been opposing NEET. With NEET and similar other national tests such as the Joint Entrance Examination and Common Law Admission Test, coaching institutes are prospering; since most of them are in cities, poorer students from a rural background and who have studied in the vernacular medium face a disadvantage. There is also large-scale variation in the syllabus and standards of the Central Board of Secondary Education and State Boards. We cannot overlook some of the advantages a student has if there are multiple tests: if he falls ill or has not done well in one test, he will still have a chance to qualify in another without losing a year. Second, it gives a student a right to select an institution of his choice. Third, the NEET paper was leaked twice in the last four years; therefore, there is not much confidence in NEET’s fairness and transparency. Finally, there is the issue of wrong translation. In the 2018 NEET, as many as 49 questions had errors in Tamil translation leading to a Madras High Court order to award four marks for each of the 49 wrongly translated questions, or 196 marks to all 1.07 lakh candidates of Tamil Nadu. The Supreme Court overruled this order as the High Court had arbitrarily ordered giving grace marks to everyone without examining whether the student even attempted such a question.

NEET is considered the best option as our judges genuinely think it promotes merit. But is there a consensus on what merit really means? British sociologist Michael Dunlop Young’s book, The Rise of the Meritocracy (1958), has popularised what is called “meritocracy” though the idea really goes back to earlier times. Meritocracy requires competition and equality of opportunity. Is it not a fact that the administrators of NEET and judges do believe that the multidimensional construct of merit can be adequately, if not accurately, measured? When NEET and other such admission tests do not meet this fundamental criteria, competition cannot be termed as fair and just, and the equality of opportunity becomes illusionary. There is substantial scholarship in the West (Sacks, Freedle, Wells, Camara& Schmidt) that argues that common admission tests cannot measure abilities that are essential for learning such as imagination, curiosity and motivation. Justice Mishra did concede the point of a lack of commitment of doctors to serve in rural areas (that was a point in Christian Medical College, Vellore) but eventually decided in favour of NEET in the name of merit. Empirical research in the United States on standardised common tests has found that these tests are biased against the poorer and underprivileged sections of population, women and minorities. Thus there is an element of class in NEET that the Indian judiciary has so far overlooked.

Minority rights are not the violation of the equality provision in Article 14 as the Constitution does permit classification. In fact substantive equality as opposed to formal equality, mandates differential treatment. There are even hundreds of minority institutions of Hindus as linguistic minorities. The Supreme Court itself termed Article 30 as ‘an article of faith’ in Lilly Kurian (1978); a ‘sacred obligation’ in Kerala Education Bill (1957); ‘the conscience of the nation’ in Ahmedabad St. Xaviers College (1974); ‘an absolute right’ in Rev. SidhajbhaiSabhai And Others (1962) and part of the ‘basic structure’ in Kesavananda Bharati (1973); thus minority rights were held as unamendable and inalienable.

The Court’s opinion in Kerala Education Bill , on minority rights, has been religiously cited in all subsequent judgments (including the latest judgment on NEET) but without paying much attention to the crucial statement where there was the observation that the key words in Article 30 are ‘of their own choice.’ Holding ‘choice’ to be the dominant word, then Chief Justice Das said that ‘the content of the article is as wide as the choice of the particular minority can make it’. If a minority institution wants additional qualifications over and above the NEET score, denial of such additional and superior qualifications undermines its choice. Even if one concedes the necessity of NEET, centralised counselling due to which several minority institutions and private medical colleges are unable to fill their seats is indeed an ‘intolerable encroachment’. Moreover, every vacant seat is the national loss. COVID-19 has only demonstrated India’s extremely poor doctor-population ratio.

Justice Mishra has rightly relied on T.M.A. Pai Foundation, where the Court had held that admission by the management can be by a common entrance test held by “itself or by the State/University”. Moreover, it is important that here universities and state were treated on a par and an admission test by the university was considered as good as a test conducted by the State. What a 11-judge Bench really emphasised was that an admission process must be fair and transparent rather than just one test for all institutions. In Islamic Academy of Education and Another (2003), a five-judge Bench of the top court clarified the T.M.A. Pai judgment and held that institutions which have a special feature and which have been admitting only students of their own community but have a fair and transparent admission procedure for at least the last 25 years can seek an exemption from a common admission test. Certainly it is nobody’s case that minority institutions can grant admission on their whims and fancies, but if such an institution follows an identifiable or reasonable methodology of admitting students, the imposition of NEET with mandatory centralised counselling is indeed an unreasonable restriction.

The Supreme Court has consistently held that Article 30 is not so absolute as to be above the law and regulations made in the true interests of efficiency of instruction, discipline, health, sanitation, morality and public order could be imposed. This is a small window and cannot be widened to take over the entire admission process as some of the smaller Benches (including the latest one) have inferred. After all, instruction, sanitation, health and discipline will come into play only after candidates are admitted.