Not an unferttered right Sovereignty is subject to constraints 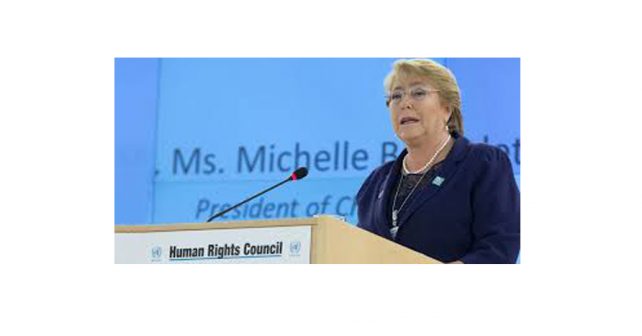 The UN High Commissioner for Human Rights, Michelle Bachelet,filed an application seeking to intervene as amicus curiae in the pending litigation in the Supreme Court against the Citizenship (Amendment) Act, 2019. That the case has attracted the attention of the international human rights agency is a matter of concern for the Indian government. On the other hand, the intervention may enable the Supreme Court to read in public international law principles in determining the constitutionality of CAA. Ultimately, this would assist in laying down the law on concepts of sovereignty in addition to determining the obligations of a nation-state to the international community at large.

A precedent? : The application is based on the belief that the High Commissioner’s intervention will provide the Court “with an overview of the international human rights norms and standards with respect to the state’s obligations to provide international protection to persons at risk of persecution in their countries of origin”. This application stands out for a number of reasons. First, this is a voluntary application rather than at the invitation of the Supreme Court. Second, she accepts that India is a state party and signatory to various international conventions including the International Covenant on Civil and Political Rights and the International Covenant on Economic, Social and Culture Rights which contain important non-discrimination clauses, including on the ground of religion. India is obliged, under international law, to ensure that migrants in its territory or under its jurisdiction receive equal and non-discriminatory treatment regardless of their legal status or the documentations they possess.

In response, the External Affairs Ministry argued that “no foreign party has any locus standi on issues pertaining to India’s sovereignty”. The High Commissioner has filed similar amicus curiae briefs on issues of pubic importance before a range of international and national judicial fora. However, this intervention, if permitted, would serve as a precedent for a number of future applications. It would also provide an opportunity for the Supreme Court to lay down the law on whether such applications interfere with national sovereignty.

International Court of Justice judge James Crawford defines sovereignty as, among other things, the “capacity to exercise, to the exclusion of other states, state functions on or related to that territory, and includes the capacity to make binding commitments under international law” and states that “such sovereignty is exercisable by the governmental institutions established within the state”. The Preamble to the Constitution lays out the position, wherein the people of India have resolved to constitute Indian Republic into a sovereign and not just any one authority. As such, the courts (judiciary), the government (executive) and elected legislatures (legislature) are equally sovereign authorities. No one can claim exclusivity over sovereignty. Furthermore, Article 51 (c) of the Constitution directs the state to “foster respect for international law”.

According to the International Commission on Intervention and State Sovereignty, “national political authorities are responsible to the citizens internally and to the international community through the UN”. Therefore, it is trite to say that an authority’s right to sovereignty is not unfettered. It is subject to constraints including the responsibility to protect its citizenry and the larger international community. Furthermore, Article 14 extends the right to equality to all persons, which is wider than the definition of citizens. Even illegal immigrants shall, consequently, be treated by the government in a manner that ensures equal protection of Indian laws. It is hoped that the Supreme Court will conclude that the intervention is necessary as the Court would benefit from the High Commissioner’s expertise in public international law principles.