On Adoption of the Constitution 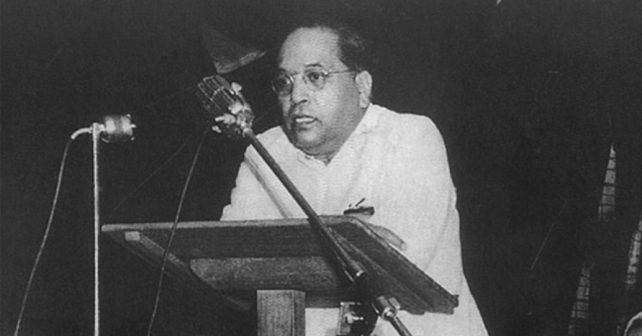 The excerpts from Dr. Ambedkar’s Last Speech in the Constituent Assembly on Adoption of the Constitution on November 25, 1949

As much defence as could be offered to the constitution has been offered by my friends Sir Alladi Krishnaswami Ayyar and Mr. TT Krishnamachari. I shall not therefore enter into the merits of the Constitution. Because I feel, however good a Constitution may be, it is sure to turn out bad because those who are called to work it, happen to be a bad lot. However bad a Constitution may be, it may turn out to be good if those who are called to work it, happen to be a good lot. The working of a Constitution does not depend wholly upon the nature of the Constitution. The Constitution can provide only the organs of State such as the Legislature, the Executive and the Judiciary. The factors on which the working of those organs of the State depends are the people and the political parties they will set up as their instruments to carry out their wishes and their politics. Who can say how the people of India and their purposes or will they prefer revolutionary methods of achieving them? If they adopt the revolutionary methods, however good the Constitution may be, it requires no prophet to say that it will fail. It is, therefore, futile to pass any judgment upon the Constitution without reference to the part which the people and their parties are likely to play.

These are the main grounds on which the Constitution is being condemned. I do not say that the principle of parliamentary democracy is the only ideal form of political democracy. I do not say that the principle of no acquisition of private property without compensation is so sacrosanct that there can be no departure from it. I do not say that Fundamental Rights can never be absolute and the limitations set upon them can never be lifted. What I do say is that the principles embodied in the Constitution are the views of the present generation or if you think this to be an overstatement, I say they are the views of the members of the Constituent Assembly. Why blame the Drafting Committee for embodying them in the Constitution? I say why blame even the Members of the Constituent Assembly? Jefferson, the great American statesman who played so great a part in the making of the American constitution, has expressed some very weighty views which makers of Constitution, can never afford to ignore. In one place he has said:-

“We may consider each generation as a distinct nation, with a right, by the will of the majority, to bind themselves, but none to bind the succeeding generation, more than the inhabitants of another country”.

In another place, he has said:

“The idea that institutions established for the use of the national cannot be touched or modified, even to make them answer their end, because of rights gratuitously supposed in those employed to manage them in the trust for the public, may perhaps be a salutary provision against the abuses of a monarch, but is most absurd against the nation itself. Yet our lawyers and priests generally inculcate this doctrine, and suppose that preceding generations held the earth more freely than we do; had a right to impose laws on us, unalterable by ourselves, and that we, in the like manner, can make laws and impose burdens on future generations, which they will have no right to alter; in fine, that the earth belongs to the dead and not the living”.

“Courts may modify, they cannot replace. They can revise earlier interpretations as new arguments, new points of view are presented, they can shift the dividing line in marginal cases, but there are barriers they cannot pass, definite assignments of power they cannot reallocate. They can give a broadening construction of existing powers, but they cannot assign to one authority powers explicitly granted to another”

The first charge of centralization defeating federalism must therefore fall.

The second charge is that the Centre has been given the power to override the States. This charge must be admitted. But before condemning the Constitution for containing such overriding powers, certain considerations must be borne in mind. The first is that these overriding powers do not form the normal feature of the Constitution. Their use and operation are expressly confined to emergencies only. The second consideration is: Could we avoid giving overriding powers to the Centre when an emergency has arisen? Those who do not admit the justification for such overriding powers to the Centre even in an emergency, do not seem to have a clear idea of the problem which lies at the root of the matter. The problem is so clearly set out by a writer in that well-known magazine “The Round Table” in its issue of December 1935 that I offer no apology for quoting the following extract from it. Says the writer:

“Political systems are a complex of rights and duties resting ultimately on the question, to whom, or to what authority. Does the citizen owe allegiance? In normal affairs the question is not present, for the law works smoothly, and a man, goes about his business obeying one authority in this set of matters and another authority in that. But in a moment of crisis, a conflict of claims may arise, and it is then apparent that ultimate allegiance cannot be divided. The issue of allegiance cannot be determined in the last resort by a juristic interpretation of statutes. The law must conform to the facts or so much the worse for the law. When all formalism is stripped away, the bare question is what authority commands the residual loyalty of the citizen. Is it the Centre or the Constituent State?”

The solution of this problem depends upon one’s answer to this question which is the crux of the problem. There can be no doubt that in the opinion of the vast majority of the people, the residual loyalty of the citizen in an emergency must be to the Centre and not to the Constituent States. For it is only the Centre which can work for a common end and for the general interests of the country as a whole. Herein lies the justification for giving to all Centre certain overriding powers to be used in an emergency. And after all what is’ the obligation imposed upon the Constituent States by these emergency powers? No more than this – that in an emergency, they should take into consideration alongside their own local interests, the opinions and interests of the nation as a whole. Only those who have, but understood the problem, can complain against it. 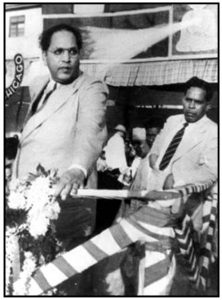 Here I could have ended. But my mind is so full of the future of our country that I feel I ought to take this occasion to give expression to some of my reflections thereon. On her January 1950, India will be an independent country (Cheers). What would happen to this independence? Will she maintain her independence or will she lose it again? This is the first thought that comes to my mind. It is not that India was never an independent country. The point is that she once lost the independence she had. Will she lose it a second time? It is this thought which makes me most anxious for the future. What perturbs me greatly is the fact -that not only India has once before lost her independence, but she lost it by the infidelity and treachery of some of her own people. In the invasion of Sind by Mahommed-Bin-Kasim, the military commanders of King Dahar accepted bribes from the agents of Mahommed-Bin-Kasim and refused to fight on the side of their King. It was Jaichand who invited Mahommed Gohri to invade ‘India and fight against Prithvi Raj and promised him the help of himself and the Solanki Kings. When Shivaji was fighting for the liberation of Hindus, the other Maratha noblemen and the Rajput Kings were fighting the battle on the side of Moghul Emperors. When the British were trying to destroy the Sikh Rulers, Gulab Singh, their principal commander sat silent and did not help to save the Sikh Kingdom. In 1857, when a large part of India had declared a war of independence against the British, the Sikhs stood and watched the event as silent spectators.

Will history repeat itself? It is this thought which fills me with anxiety. This anxiety is deepened by the realization of the fact that in addition to our old enemies in the form of castes and creeds we are going to have many political parties with diverse and opposing political creeds. Will Indian place the country above their creed or will they place creed above country? I do not know. But this much is certain that if the parties place creed above country, our independence will be put in jeopardy a second time and probably be lost forever. This eventuality we must all resolutely guard against. We must be determined to defend our independence with the last drop of our blood.