‘One Nation, One Election’ is an Assault on Federalism 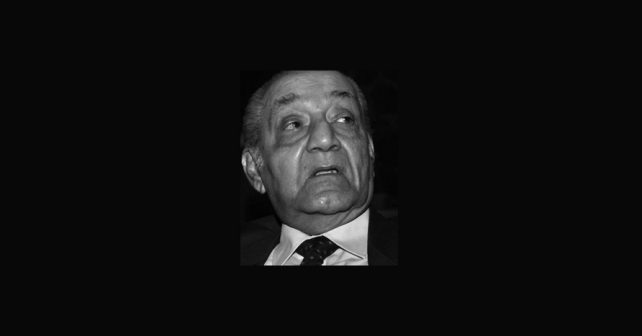 No sooner had Narendra Modi become Prime Minister than he began launching some pet programmes. One gives him away completely. It is significant that the Opposition parties are so demoralised that none has a clear purpose. “One nation, one election” is an assault on India’s federalism.

It means that the States must hold elections to their Assemblies at the same time as that of the Lok Sabha, which depends on the Prime Minister’s discretion. He can, at any time, go and ask the President for the Lok Sabha’s dissolution. Under Modi’s plan, the States will have to follow suit. The Chief Ministers will lose their discretion, as will the governors, to dissolve the States’ Assemblies and pave the way for fresh elections and a new popular mandate.

The architect of India’s Constitution, Dr B.R. Ambedkar, told the constituent assembly in 1918, “Under a parliamentary system of government, there are only two prerogatives which the king or the head of the State may exercise.

One is the appointment of the Prime Minister and the other is the dissolution of Parliament. … The position of the governor is exactly the same as the position of the President.” In 1949, he elaborated, “The States under our Constitution are in no way dependent on the Centre for their legislative or executive authority. The Centre and the states are co-equal in this matter.” So are they in regard to the right and power to ask the Head of State to dissolve the legislature.

It is little realised that this is an indispensable part of the parliamentary system. In the last century, Britain had two dissolutions within a year. Three powerful reasons lie behind this. A situation arises in which the government has to “go to the country”, to use a familiar phrase. Another is that the Head of Government uses the power to keep party colleagues in the back. No one wants another poll before time. Lastly, the chief minister can ask for a mid-term poll to secure a popular mandate with which to confront an overbearing Centre.

Modi’s plan keeps his own powers intact. He can ask the President to dissolve the Lok Sabha at any time. When he does, the States will be bound to follow suit. There will be no fixed term for either the Lok Sabha or State Assemblies. These Assemblies will be tied to the apron strings of the Lok Sabha, and will hold polls whenever it does. And that will depend on the discretion of one man.

So much for the constitutional distortion — now for the political consequences. It will convert a federal system into a unitary one, and a parliamentary system into a presidential one. It is precisely to secure both ends that Modi proposed and pressed for this idea. He had proposed it first in his previous term. Having secured a huge majority, he revived it less than a month after he took the oath of office as Prime Minister. Why? He hopes to crush the Opposition in the country.

In State elections in a federal set-up, the grievances and issues of the State’s people are voiced. Diversity adds to the richness and strength of the federation. All that will be smothered by a sweeping national poll in which the star performer will be a highly popular Prime Minister.

This reminds one of Indira Gandhi. She went to the polls in 1971 as a riposte to the Supreme Court, which she attacked for striking down her ill-conceived measure to strip the erstwhile princes of their privileges and privy purses.

After the Bangladesh war, she got the states to hold Assembly elections in 1972, and won handsomely. That is when “Delhi-made” chief ministers were sent down to the States from the Centre. Simultaneous polls at the Centre and states will facilitate such tactics.

The reason Modi keeps giving exposes his game. It will “promote development and public welfare” — the very reason autocrats give for not holding polls. He convened a meeting of all parties in Delhi on June 19. Twenty one turned up; 11 major ones, including the Congress, skipped it. What this revealed was the lack of national consensus so indispensable for a proposal of this kind. The law commission prepared a working paper listing a host of constitutional provisions that would have to be amended.

Not a single political party gave the idea unqualified support at the conference. Modi had no qualms in claiming that it was not his but “the nation’s idea”. The upshot of the farcical conference was, predictably, a committee. But the conference’s participants had no voice in either its composition or its terms of reference. It would be Modi’s baby entirely.

Not the Prime Minister but Rajnath Singh as Man Thursday (Man Friday is Amit Shah) summed up the result (He happens to be defence minister). He said, “The Prime Minister will form the committee to look into possibilities of simultaneous polls. The exact nature of the committee will be made public.” Wait for that announcement with bated breath. But watch carefully the capers that the Modi regime cuts hereafter.

‘One Nation, One Ration card’ plan is against federalism’: Tamil Nadu

At a time when the ‘one nation, one election’ plan is evoking protests from regional parties and intellectuals, the Central government, led by Prime Minister Narendra Modi is seeking to impose ‘one nation, one ration card’.

Lot of protests are forthcoming from the leaders of prominent political parties in Tamil Nadu.

Dr. K.Veeramani (DK): The series of announcements made by the BJP led government at the Centre are aiming for one nation, one religion, one language and one legal code plan of Hindutva.  In fact by bringing ‘uniformity’ in all spheres, it endangers the unity of the country.

M.K. Stalin (DMK): This is an attempt to uproot the tenets of federation and is against the Constitution.

T.T.V. Dinakaran (AMMK): The proposed scheme would lead to the collapse of the public distribution system to Tamil Nadu. The State Government is under severe financial crisis after signing up to the Food Security Act.