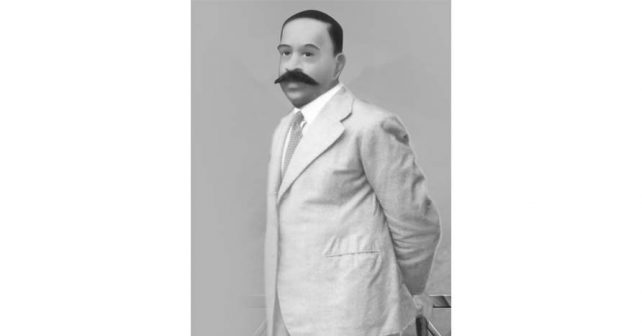 Dr.T.M. Nair delivered his lecture on ‘Our immediate Political Outlook’ before a crowded gathering in the Victoria Public Hall on Wednesday, the 14th March, 1917, under the auspices of the Muthialpet Muslim Anjuman.

Well, Gentlemen, now that you are met here. let us have our say. The subject is ‘Our immediate Political Outlook’. If you want to discuss the question of our immediate political outlook, you must study a little of your immediate past.

That we, people of India, were always asking for the advancement of our political condition, and the British Government, listening to our demands, used periodically to give us political concessions. This country came directly under the British Crown in 1858.

Therefore, our past condition was this.

I don’t for a moment say that the concessions have always been all that we asked for. The people will always ask for a little more than Government are willing to give. But once it is assured that you will go on steadily progressing and your political condition is on the onward march, always improving, never receding, it is a source of satisfaction.

Till very recently we were all satisfied with that state of affairs. I remember that the concessions granted in 1909, commonly known as Minto – Morley Reforms, were hailed with delight in this country.

I was myself present in this hall at a meeting where Lords Minto and Morley were thanked for this reform.

Several of my political colleagues in Madras were present and they also addressed that meeting. Of course, a good many said it was not all that they wanted. Well, I was one of those who said so myself, but we all accepted it as an installment, and made up our minds to wait for the next installment, to continuously ask for more, and receive what was given at the next installment.

But, within the last two years, a very sudden change has come in the political condition of India, and, before we proceed further, we must analyse and get to the bottom of this new political movement and find out the causes that brought it about, the circumstances that justify it and its chances of success.

You must analyse this and get a satisfactory reply, before you come to subject proper.

Gentlemen, I am perfectly familiar with the cry of Home Rule, because my student days in Great Britain coincided with the time when the most acute controversy was going on regarding the Home Rule movement in Ireland.

For five or six years I was in the arena of politics, where we heard nothing but Home Rule, Everywhere it was Home Rule. In any political meeting, whatever other subjects were discussed, Home Rule for Ireland was invariably there.

I am, therefore, perfectly familiar with a cry of Home Rule as it existed in England.

But when I heard the same cry in India, I could not, in the beginning, realise that it was an earnest cry, because nobody, who knew the conditions under which there was a chance of its being granted, would ever have thought of raising a cry for Home Rule in India.

The conditions even in Ireland were not ideal for Home Rule, but then you must remember that the Irish agitation was only for the re-establishment of a Parliament, which they had for a long time.

It is true that in the earlier part of the century, it did not actually take the form of Home Rule Movement.

They formally constituted the Home Rule Movement only in the latter part of the 19th century. Their agitation for catholic emancipation and various other cries were practically cries for Home Rule, which, in their case, meant the return of the Parliament that had been taken away from them.

In the case of India, the question is far different. We never had a Parliament here and I do not know whether we have ever had self – Government in the proper sense of the term.

I know it is a fashion now a days to go back to the ancient Hindu kings and to describe all the wonderful things that we had and compare them to the miserable state of things in this 20th century, and we are sometimes told that Self – Government in a most perfect form existed in ancient India and, therefore, we are now asking for what we had.

As far as I can make out, the only Self – Government they had in ancient India was a system of village panchayats, panchayats for isolated villages.

A federation of these village panchayats in its large sense never took place, because there was no proper communication between one village and another village in those days, and each village was self -contained.

Nothing higher than that in the way of Self – Government I have seen mentioned anywhere in any authoritative works recorded as having existed in ancient India.

If you had any inherited capacity for Self – Government our Municipalities would have been your better distant ancestors.

It would never have been such a long time for you to get in the way of managing even small municipalities.

Therefore, I disregard that argument altogether.

In India, for all practical purposes, if we must have Self – Government, we must be trained for it. We must acquire the capacity, develop our qualities in that respect and then  Self – Government.

In the second place, Home Rule can only be given to a country where there is only one nation, absolutely united, with no sectional differences. That lesson you are learning now from Irish Home Rule.

With all things that favored the granting of Home Rule to a nation who once had their own Parliament, with all the advantages. they are still far from having Home Rule. Why?

Because there are certain countries, which are inhabited by Protestants and the rest of Ireland are Catholics. Mind you. gentlemen, on that one point of difference, Ireland has not got Home Rule, and from all that you can see from the discussion in the House of Commons on Home Rule, I do not think Ireland will get home rule in the sense of Catholic Ireland being able to rule over Protestant Ulster.

So, that is another condition, which is absolutely essential for Home Rule, which does not exist here.

The Third condition for Home Rule is that the people of the country must be sufficiently advanced in education and intelligence to exercise their franchise intelligently.

Now, we know that an overwhelming majority of the people of this country are not so advanced, and, therefore, nobody who understood the conditions necessary for granting Home Rule, would seriously have proposed Home Rule for India.

Then, it was still more surprising that the first move in this direction was made by an English lady. I do not know whether she is English or Irish, but she has had considerable experience of English political life in her younger days, and is thoroughly conversant with political matters and therefore, could not possibly have put forward a proposal of Home Rule for India in a state of ignorance. We have on paper a record of what her opinions were on the question of India demanding Self-Government.

I will trouble you only with one or two extracts. In a speech, which she delivered in 1905, she said : ‘Geography had a determining influence on nationality. No two nations can exist on the same soil. A nation must have a national territory and we cannot have a Hindu nation and a Musalman nation in India. We must have one Indian nation from the Himalayas to the Cape Comorin, from Bengal to Kathiawar. No such nation has ever existed in India. India has always been and still is a mere geographical expression’.

No sane man or woman for that matter would propose to grant Home Rule to a geographical expression. (Applause). Now, passing from 1905 and coming to 1911, the lady says again, ‘English Rule is just; let the Indian citizen first learn to stand and walk before he asks to rule and govern’.

No truer words were ever spoken. Gentlemen, it has a bearing on the granting of Self-Government to our country. And, as late as 1911, this lady held exceedingly correct views of what are the conditions precedent to granting Home Rule. In 1915, only four years after she delivered the last quotations which I have read out to you, she comes out as leader of the Home Rule Movement.