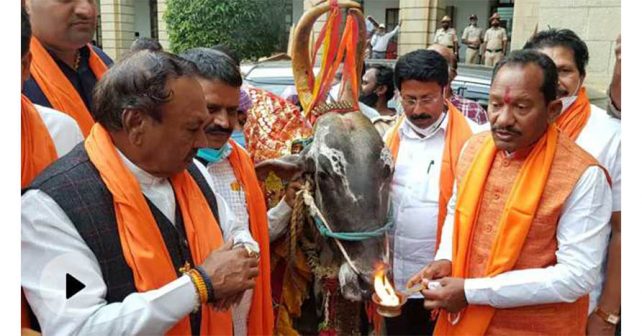 Pseudoscientific claims are made by plaint researchers, supported by the state and believed by a section of society 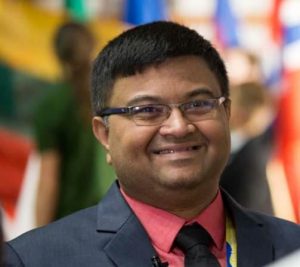 The Rashtriya Kamdhenu Aayog (RKA), constituted in February 2019, has always been in the news for the wrong reasons, The RKA’s website has posts with numerous pseudoscientific claims about cows. In October 2020, its chairperson, Dr.Vallabhbhai Kathiria, claimed that scientific experiments have proven that a “chip made of cow dung” will block harmful radiation from mobile phones. Recently, the RKA announced plans to hold a free online examination on cow science”. It published a 54-page supposed syllabus/preparatíon notes for this exam. Through all this, RKA has firmly established its reputation as an organisation which has no connection to real science.

The blame for these foolhardy statements/decisions lies squarely at the leadership of the RKA. The RKA’S anti-science stance first and should have been apparent to any well cherry trained medical professional. The fact that the leadership still chooses to believe in these fantasies makes their positions untenable and problematic.

In any other modern country, if a government commission consistently indulged in such nonsense, the government would be obliged to put that commission on notice. However, in this case, despite repeated pseudoscientific statements by RKA heads, the parent Ministry of this commission as well as higher functionaries of the government have been turning a blind eye to the RKA or egging it on with their strategic silence.

These two horsemen of the apocalypse are preponderant, but their existence is hardly surprísing. It is an open secret that in our education system, one can score well in exams and obtain higher education degrees through rote learning, and all those graduates have no real understanding of the discipline they are supposed to be trained in. Similarly, each political dispensation has its own share of whims and fancies – sometimes based on twisted interpretations of religion, sometimes on unhealthy loyalty to the top leadership, and sometimes on extreme views of economic principles.

The third pallbearer, however, is more disconcerting. The pseudoscientific rhetoric of the RKA is trussed by shoddy research by pliant academics. Take the example of the “cow dung chip”. To prove its claim, the RKA has produced a letter from the Department of Physics of Saurashtra University which talks about an experiment conducted in its lab. This study is not published in any research journal, but on the RKA’s request, the head of the department has issued a letter detailing the experiment. According to the letter, radiation count from a radioactive source gets halved when you introduce a cow dung chip between the source and the Geiger-Muller counter. The experiment lacks comparisons with control. The researchers did not test if the same effect is seen if the cow dung is replaced by any other substance such as wet mud. Without such comparison, they are not in position to claim that cow dung possesses any special property; still they do. They have written that cow dung chips of different shapes and sizes have yielded nearly the same fall in the radiation count, yet they are keen to accord significance to minor variations they observe within the readings. This is a classic example of what happens when researchers decide the conclusions first and then start designing experiments to cherry-pick the data and justify the conclusions.

This is just the tip of the iceberg. If you dig deeper, you will unearth many more of their ilk, including a few from the best Indian research institutes, who are happy to bend their intellectual honesty and produce carefully crafted research papers which are all but declarations of subjection to the ruling ideology. Why? It is true that some of these academics are ideologically driven and their religious bias clouds their scientific judgment. Unfortunately, some of them are truly unaware how cheesy their research appears, to the wider scientific community. At the, other end of the spectrum, there are also, many who see publication of trashy but docile research as a short-cut to power and money. In our university sector, where all appointments are politicised and research grants are extremely hard to come by, this short-cut appears even more attractive.

Last, some blame must fall on those who believe such claims. If the majority of the educated class makes its displeasure towards anti-science rhetoric clear, there will be corrective measures from the government. Or have we descended to the level where the party matters more than truth? I hope not.