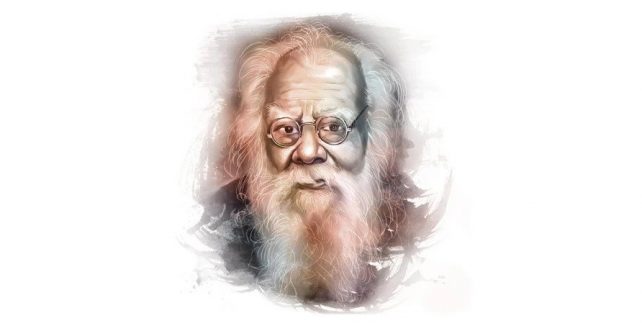 Humanity has progressed both in civilization and other forms of development.  The pace of progress since the 19th century on science and technological side was enormous which brought a sea change both in life style and standard of living of people throughout the world.  Despite these developments, the social discrimination and inequalities have been prevailing unabated in human societies. For setting right these setbacks many service providers and reformists have contributed. But in certain parts of the world, the severity of social inequities are deep-rooted, especially more in the Indian sub-continent. The social injustice is unique since it originated from the birth of the individual which could not be set right easily. Besides, the social disparity and the resultant discrimination which has got the baking of religious dogmas were very difficult to be eradicated out.

Many religious stalwarts came to sort out the social discrimination under the garb of reformist and did only tinkering works here and there.  The religious sages did not even touch the deep-rooted cause.  What they did was only application of ointments to the wounds by looking at it superficially.  They did not diagnose the germs that caused the social disease.  Apparent success prevailed during the life period of those so called ‘reformers’.  After their demise the social conditions became worse than what prevailed when they commenced the so called reformative deeds.

At the beginning of 20th century the prospective social revolutionary Periyar E.V. Ramasamy (1879-1973) came to public life.  Hailing from highly vaishnavite orthodox familly, Periyar grew with detachment from the religious surrounding but keenly watched them. Close observation on the social surroundings created a lot of contradictions in his mind which emerged as social confrontation later.  He entered public life and assumed lot many responsibilities through nomination and in honorary terms. His thirst for the social cause did not subside by doing small services in a limited area.

After leaving the Congress Party, he founded the Self Respect Movement and extended the support to the then ruling party viz. Justice party, the main political party serving for the cause of non-brahmins. Periyar did not join Justice Party despite the warm invitation extended by its leaders but remained supportive to it for all the progressive initiatives, for the transfer of his ideology into practice.

In 1937, when the Justice Party was defeated miserably in the elections, its loyal leaders requested Periyar to assume the leadership of Justice Party.  Many leaders who tasted the power of rule in Justice Party left it and Periyar became its President. He revamped the Justice Party as people oriented movement. Periyar merged his Self Respect Movement and Justice Party and named it as Dravidar Kazhagam (DK) in 1944.

Periyar founded the DK to the stature of his expectation to suit the propaganda of his ideology by keeping at distance the participation (contesting) in the electoral process.

Even though he had left congress in 1925, from 1947, Periyar supported the Congress rule by the Chief Ministers, Omandur Ramasamy Reddiar, K. Kamaraj.  His support to them was mainly based on the ruler’s inclination to implement the measures propagated by Periyar and his movement.

Periyar brought the pride of Dravidian identity to the vast oppressed population. The Dravidian identity that prevailed only in scholarly works came to the field as a legacy of pride. The Dravidian identity has infiltrated in almost all the political parties in Tamil Nadu.  The political legacy which Periyar left behind him is upheld now by all despite the fact of Periyar movement is apolitical.  Periyar did not aspire for any power or position but concentrated only in changing the mindset of the people to lead a dignified life on par with the historically privileged sections.  For all these social task, Periyar did not choose any weapon path adopting violent means. Sustained propaganda of ideology, creating public opinion for progressive measures, compelling the rulers to bring legislation reflecting public opinion, execute and make them permanent. Times are changing, nothing can be permanent.  Whatever remains as hurdles for changes have to be removed, however old, traditional and divine they might be.  Both the vision and mission of Periyar are unique. Silent revolution devoid of violence has occurred in the Indian sub-continent.  To the extent the ideology of Periyar is rich and robust, the executing mode was also effective.  That is why Periyar continues to be relevant ideologically and organizationally even 47 years after his demise. Periyar is revolutionary visionary.