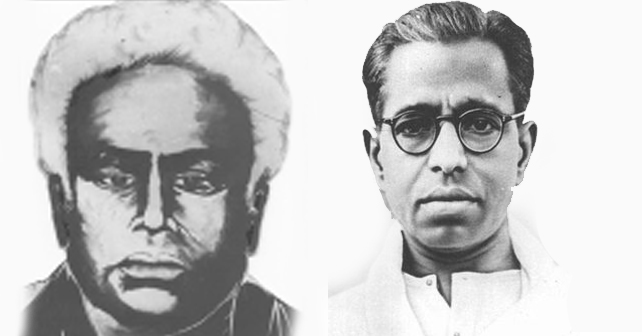 The Great man of the World

There is only one great man in India, quite different from the normal human nature.  Failure is a fire that ignites his courage and intelligence and these two will get increased in taste.  In the same way, he will contemplate on going further when he succeeds and will be concerned about performing further responsibilities.  He does not get excited about achieving victories like the petty fellows but rather will concentrate on more actions. In short,  Periyar was a born soldier.  There can be only one Socrates, one Buddha one Martin Luther , one Amanulla , one Kamal Batcha, one Bernard Shaw and one Periyar alone  can appear in the entire world.
– Samy Chithambaranar, Tamil Scholar  in his ‘Thamizhar Thalaivar’ 1939

The heroic leader to be celebrated in future History!

Though the reformers who appeared sometime back were destroyed because of the cruelty of the religions and their priests, what they propagated were not destroyed. The same were said by the wise men sometime back, and  is accepted  by the great men of today.  The same is propagated by Periyar.  The history of the future will record that Periyar is the heroic leader from the South that lit the light of all that knowledge can offer in this twentieth century.
– Samy Kaivalyam, in ‘Thamizhar Thalaivar’