PERIYAR AND SELF RESPECT 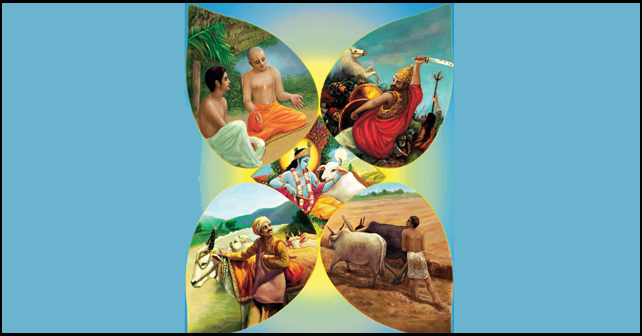 “Man is born free, but he is everywhere in chains,” rued Rousseau in his “Social Contract”.  It is a matter of supreme historical irony that every society since the advent of civilization has been designing methods of keeping a section of fellow human beings subjected and has gone on shamelessly exploiting them.  The system introduced by the Aryans in India has been ingenious in that it had made itself impregnable by linking it with religion and invoking supernatural power for maintaining it.

The fourfold system of varnasrama, with Brahmins at the top and descending through Kshatriyas, Vysyas and Sudras was unique to India and it was made sacrosanct by repeated pronouncements by the Aryan priests that it was god ordained and hence had to be followed implicitly.  Any deviation from the set of rules or code of conduct would constitute sacrilege and would invite the wrath of the celestials which would mean the person being penalised with grief and misery in many more births to come.

Hence, the system continued for ages, creating havoc in the society, but tolerated stoically in the name of inexorable fate.  True, almost each century has had thinkers who were abhorred by the absurdity of the system which glorified inequality and kept the majority in woe.  But there was very little they could achieve as they had to face stiff opposition from the very people whom they intended to serve.

It was in this line of thinkers did Periyar arrive.  A dauntless warrior endowed with razor sharp intellect, Periyar was a free thinker, free from all shackles of tradition.  It was this ability of his which made him subject all the facts to thorough analysis, and find a solution which was as original as it was daring.

The custodians of the caste system held that it was sanctioned by the Vedas and the Upanishads, scriptures passed on from heaven, and hence too sacred to be questioned.  They were followed by the Code of Manu which was extremely loaded on the side of the Brahmins.  Why was it that Periyar got ready to take on this well entrenched fortress?  It was because he was a humanist to the core.  It was his humanism that formed the basis for all his activities – speeches, writings, orations, struggles and agitations.  He was too compassionate and too sensitive to ignore the misery around him.  On the contrary, he took upon himself the task of wiping the tears from these hapless people caught in the snare of religion and superstition.  The core principle he stood by was that of equality, which is the birth right of every individual.  Anything that upsets or obliterates equality is harmful to humanity and hence had to be fought tooth and nail until it is totally annihilated.  If the scriptures are against the task, ignore them and march ahead!  If the scriptures are god given, take cudgels against that God, who stands between his own creation and their well being. That was the logical analysis through which Periyar, who started with compassion for his fellow beings, arrived at the principle of atheism from which he never swerved, as he was convinced that it was based on truth, rationality and righteousness.

A grotesque feature of casteism in India is that a person’s place in the society is determined by his birth and cannot be altered even if he is totally undeserving of it.  A Brahmin was to be venerated and feared even if he were an imbecile.  Because they had been masters of learning and teaching, preaching and sermonising since pre-historic days, Brahmins were able to occupy all the highest offices of society.  This condition did not change even in the modern scientific age.  They were able to occupy most of the offices, and get into government service in large numbers and were able to decide the destiny of the entire country.  The rest (the distinction between the other three castes had been obliterated long since) were all grouped as Sudras and were enjoined, in the name of religious code, to play a subservient role to the Brahmins and be satisfied with what was being doled out to them.

It was to bring about a revolutionary change is this system that Periyar started his Self-Respect Movement, whose purpose it was to restore self-respect or human dignity to the millions who had been robbed of it by the Brahmin hegemony.  He was putting on a relentless fight, in one way or another, to put an end to it and instill courage in the oppressed lot to rise against the forces of oppression and exploitation.  Periyar, being compassionate and sensitive, was greatly agitated by a system that subjected a section of the society to perennial slavery while blessing the oppressors with unquestionable authority.  His heart went to the untouchables, the panchamas, who occupied the fifth rank in the society, after all the four varnas.   Dubbed as untouchables, unapproachables  and unseeables, they were treated as worse than pigs and dogs, denied entry into the village and deprived of all opportunities for decent and civilized living.  His heroic fight at Vaikom, which lasted almost a year and entailed enormous sacrifice on his part to secure the right for the untouchables to use public roads is an excellent example of how far he would go to restore the self respect of his fellow men.

Women were another section of the society whose right had been denied in all the societies of the world, throughout history.  In India, the religious scriptures, including Manu’s code, had made their condition a hundred times worse than it was elsewhere, ensuring total subjugation to men, depriving them of any right to divorce and re-marriage under any condition and prescribing inhuman practices for  widowhood.  Periyar left no stone unturned for improving their lot and has amply succeeded in his efforts.

What with a compliant government and a grateful society, Periyar has achieved remarkable success in his efforts.  A well organized reservation policy meticulously followed in Tamil Nadu has done a lot to bring about equality of opportunities for all communities.  A number of acts have been passed during the much maligned Dravidian rule of the past half a century to improve the lot of women and assure their equality in society.

If as Arignar Anna put it, Periyar has achieved during his life time what no other social reformer was able to achieve anywhere in the world, the reason for this tremendous success may be attributed to Periyar’s own relentless endeavour, the readiness with which people rose to follow him and a government which was wedded to the principles he enunciated.

Anything that upsets or obliterates equality is harmful to humanity and hence had to be fought tooth and nail until it is totally annihilated. If the scriptures are against the task, ignore them and march ahead! If the scriptures are god given, take cudgels against that God, who stands between his own creation and their well being.