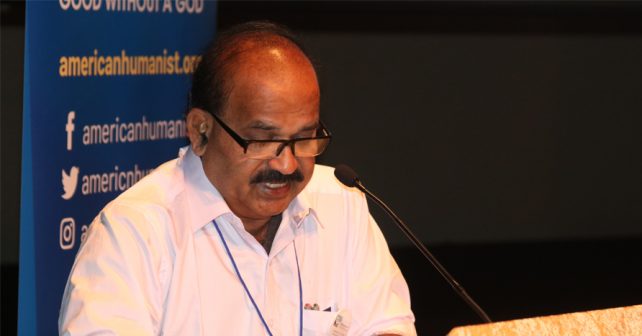 Birth based discrimination (called the Varnasrama) was forced on the people of India for many centuries. In America too, it was practised in the form of slavery and discrimination of the Black peoples. Many progressive minded persons were fighting against this birth-based discrimination. Two great leaders succeeded. Periyar E.V. Ramasamy (1879-1973) conducted a social revolution in Tamil Nadu – India and Martin Luther King Jr. (1929–1968) led the revolution in America.

A comprehensive analysis has been attempted to compare the Missions of EVR and MLK in their adopted methods and their levels of accomplishment. Both Periyar and King brought changes to the society without shedding a drop of blood. By sheer propaganda and peaceful agitations, they mobilized the people to rise for the cause of equality.

The methodology of the missions also differed subtly between the two leaders. King proclaimed that his method was based on the principle of non-violence inspired by M.K. Gandhi, whereas in the case of Periyar EVR, he was not inspired by anyone. It was not by inspiration but by perspiration of his own thinking.

In both the societies, discrimination was caused only by humans. But in the case of Periyar’s mission, the man-made discrimination had a cunning ploy that he needed to fight something extra. The discrimination was advanced as if, it was designed by God himself. If it is the design of God, no one would dare to oppose it. The upper castes planned their supremacy over the rest by drafting god into the picture. So, to blast the discrimination, blasting the god became very imperative for Periyar.

In King’s mission there was no opposition to god. Sometimes there was total submission to god too. The Christian religious texts do not restrict the minorities from ascending to priesthood, when compared with Hindu religious texts. That was one of the major differences between King and Periyar.

American racism was infiltrated into the society through legal codification and not religion. American racism was rooted in the Jim Crow laws, an articulation of racial discrimination in legal terms. In India, the discriminatory legal code was ‘Manu Smriti’ which was double-sanctified by the religion. The discriminatory spirit of this code has been reflected in various civil and criminal laws of India which is governing India at present.

The Civil Rights Movement was crystallized in a phased manner after the dawn of the independent United States of America. The founding fathers of the independent America were possessing the outlook towards establishment of an egalitarian American society ensuring equal opportunities to all.  When Dr. King started his struggle against segregation, there existed political freedom in the American Society with the Bill of Rights and the Emancipation Proclamation. The US Congress passed the Civil Rights Act. Dr. King pursued his struggle with renewed vigor in such social and political environment. The political democracy was well proved in the direct election of President Barack Obama by the citizens of America, with a mandate for the second term as well.

Periyar commenced his struggle in the British India even prior to the attainment of India’s political freedom. But Independent India did not provide any perfect statute to eliminate discrimination except the simple mentioning that ‘untouchability is prohibited by law’ in Article 17 of Indian Constitution. On the other hand, It indirectly supported religious practices which are supportive to social discrimination. Periyar did not accept the Constitution favoring social discrimination. Periyar unified his mission organizationally and left behind him a legacy to fight in the name of the organization (DravidarKazhagam – DK) founded by him.

“The hurdle that Dr. King faced was in a way, more arduous than that of what Gandhi faced. Dr. King had to forge a new path whereas Gandhi launched his Satyagraha in a country which had a long tradition of non-violence and pacifist ideals”.

Similarly, the hurdle faced by Periyar was more arduous than that of what Dr. King faced. The age of racial segregation in Americas was only a few centuries old and man-made, but the age of discrimination in India was more than 20 centuries old and god-made, spelt out as ‘Chathurvarnam mayashrishtam’ in the Bhagavad Gita.

The evil of graded inequality is that, one sect is put above all the lower sects in the society. These sects are more concerned about their dominance over the lower sects, unmindful of their subservience to the higher sects. The design would sustain by keeping the servile classes divided and not challenging the discrimination.

In the segregation that prevailed in Americas, the discrimination between Blacks and Whites was only between the segregating and the segregated, and it was easy to unite the subservient group. Whereas uniting the aggrieved servile sects in India was very arduous.

Many reformers fearing to fight godliness and theism, had to accept the God concept, and then tried to sort out the social discrimination. Such reforms were temporary in nature, because the reforms of the individuals which caused some impact, apparently vanished after they passed away.

Knowing this very clearly, Periyar was different in his approach in opposing the social discrimination. He attacked the root cause: the concept of god and the hegemony of the brahmins in the social hierarchy. Periyar’s struggle against discrimination was not an individual effort but organizationally founded and through sustained repeatedly kindling and evoking the self-respect in them, he was able to effect drastic reform and succeed.

Thus, Periyar EVR and Martin Luther King Jr. fought for Humanism to be ensured among humans. Their approaches were different to suit the socio and political environments that prevailed in their areas. Let the noble mission of both the humanist leaders bring prosperity and peace to humanity!