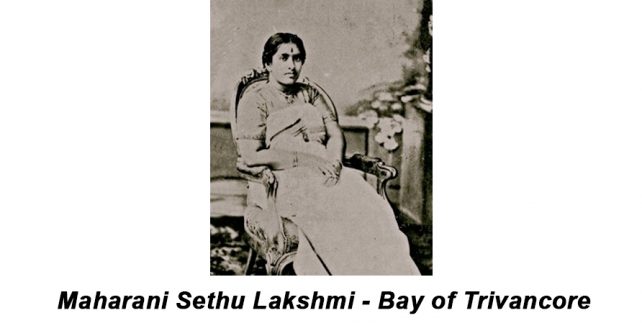 T. Sabaratnam
Journalist who reported the Sri Lankan ethnic crisis for over 50 years

Social reform had been the main objective of the Jaffna Students Congress from its inception. As pointed out in the last chapter, the Jaffna Students Congress resolved in its first sessions to work towards the eradication of social evils, particularly untouchability and the dowry system. In that they were influenced by the Vaikom Satyagraha which took place in the Travancore state, now a portion of the Kerala state.

Vaikom Satyagraha was the first agitation for social equality in India. Roads adjoining the famous Sri Mahadevar Temple were banned for the use of uintouchables who were also called Harijans. Temple priests claimed that the use of the roads by untouchables would pollute them. Indian National Congress members of the Travancore state, decided to take action to abolish that degrading system. They decided to hold a satyagraha on March 30, 1924. Temple trustees went to the magistrate court and obtained an order prohibiting the satyagrahis from entering the prohibited roads. Notice boards announcing the order of the court were erected at the entrances of the prohibited roads and police constables were placed to implement the court order.

The Congress members decided to defy the order and court arrest. Every day batches of Congress volunteers headed by high caste Nairs entered the prohibited roads and were arrested. The agitation received wide publicity in India and Sri Lanka. Jaffna youths followed it with interest.

Erode Venkata Ramasamy Naiker (1879- 1973), popularly known as EVR or Periyar, was the leader of the Madras Presidency unit of the Indian National Congress during that time. He was from a rich merchant family of Karnataka origin that had settled down at Erode. He entered the family business at the age of 12 but gave it up and joined the Congress in 1919. He rose to the position of a member of the Erode Municipality before he was elected leader of the Congress unit in 1924.

Defying the order of Gandhi that non-Malayalis should keep out of the Vaikom Satyagraha he joined it on April 14 with his wife Nagamma and were arrested and jailed. He was unrelenting and refused to leave Vaikom until the road was opened.

Gandhi, who was informed of the agitation, went to Vaikom in 1925, negotiated with Maharani Sethu Lakshmi Bayi of Travancore, and worked out a compromise: the government to withdraw the police and the satiyagrahis to put off the agitation. The satyagraha received nation-wide attention and the members of the newly formed Jaffna Students’ Congress sent volunteers to participate in it.

Maharani Lakshmi Bayi (1895- 1985) who was regent for her nephew Chitra Thirunal from 1924 till late 1931 followed up the compromise worked out with Gandhi by throwing all the streets in Travancore open for the use of untouchables. She won the praise of all Hindus by abolishing the Devadasi system in 1925, by abolishing animal sacrifice and the practice that all female worshippers should bare their breasts on entering the temples in 1926 and by introducing the panchayat system. Those reforms invigorated the reformists in Tamil Nadu and Jaffna.

E.V. Ramaswamy Naiker was unhappy with the compromise Gandhi worked out with Maharani Lakshmi Bayi because he felt that Brahmins were helping each other to the detriment of the non- Brahmins. He was also annoyed that his role in the Vaikom Satyagraha was blacked out in the newspapers owned by the Brahmins.

Frustrated, E.V. Ramaswamy Naiker left the Congress in November 1925 and formed the Self-respect Movement which was “dedicated to the goal of giving non-Brahmins a sense of pride based on their Dravidian past”. He then launched a vigorous campaign for social reform while other nationalist movements focused on the struggle for political independence. His attack was mainly against the caste system, child marriage, ridiculous and harmful superstitions, traditions, customs and habits.

To propagate the ideals of the Self Respect Movement E.V. Ramaswamy Naiker started a Tamil weekly Kudi Arasu which became very popular among the Tamils. He started an English weekly Revolt in 1928.

The Self Respect Movement grew fast and received the sympathy of the heads of the Justice Party from the beginning. It held its first conference in February 1929 at Chinglepet. EVR announced at that conference his decision to renounce the caste denomination Naiker from his name.

The Self Respect Movement started a training school in Self-Respect at Erode, EVR’s home town to train volunteers to propagate the ideals of the organization. Its aim was social revolution. Handy Perinbanayagam told me that the Jaffna Youth Congress sent a volunteer group to be trained at that training camp.

One month before the Chinglepet conference, the Jaffna Youth Congress held its annual sessions at the Jaffna esplanade.  It adopted a resolution to upgrade the network of Social Service Leagues established in 1925 into youth leagues. The conference also decided to invite EVR to tour Jaffna.

EVR arrived in Jaffna on June 14, 1937 and was accorded a grand welcome at the Jaffna esplanade that evening. The Morning Star of June 22 reported that EVR told the huge gathering, “I don’t believe in God but I was born in a highly religious family. I became an atheist after seeing the things that are being done in the name of God. How can you believe in God when a section of the people are denied entry into the temple?”

EVR condemned animal sacrifice, told the audience not to believe in superstitions and declared the practice of denying educational opportunities to the children of a section of the depressed community as atrocious. He also castigated the members of the high castes for discriminating against the children of the low caste people in the seating arrangements in schools.

EVR also spoke on national liberation. He said social reform should be part of the freedom struggle. “We must put our house in order before we achieve independence,” he said.

Then EVR toured Jaffna for two weeks and visited several schools and villages. The Youth Leagues organized huge receptions. E.V.R. appealed to the youths to take the lead in the social emancipation of the downtrodden people of the Jaffna peninsula. He told them to concentrate initially on the fields of education and economic development. He appealed to the youths to end the caste discrimination practiced in admission and seating.

Jaffna schools at that time refused admission to the children of the paraya caste, the lowest in the caste ladder. They admitted the children of the other non-vellala castes but they had to either sit on the ground or sit on benches a few inches lower than those on which vellala children sat.

According the Morning Star and Uthayatharakai EVR denounced that practice as inhuman and barbaric. He urged the educated youths to remedy the situation.