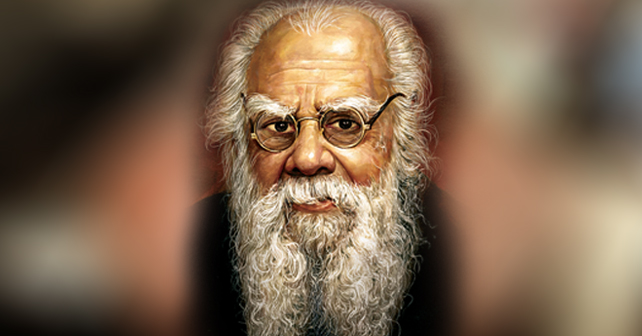 What is revolution? Is it a thing to be afraid of? There has been a revolution in the matter of travel. Originally man moved about at the rate of four miles an hour. If he moves in the air at the rate of 400, 500 and 1000 miles an hour, it is a revolutionary change. The man who continues to perambulate at the same old speed of four miles an hour is very much struck by the man in the air. But there is nothing to be frightened about in the change, nor is there any danger to anybody.

Ready for next change

Any old traditional habit that is sought to be changed will take the name of revolution. People who are to be benefited by the change will welcome the change. But people who are adversely affected by the change will naturally try to oppose it by dubious means, conduct unhealthy propaganda against it, and muster people’s resistance to it but revolutionary changes in the affairs of men have gone on from time immemorial.

Every new effort towards progress has effected radical changes. We have witnessed many and heard of many such things; but have any people or country gone down under the earth because of these revolutionary changes? After a certain amount of perturbation about the change and a little hesitation to accept the change readily in the beginning, we have seen people slowly getting accustomed to the change, and in time getting ready for the next change.

Let us just examine the revolution effected in the political field. For a very long time, kings were regarded as incarnations of God, reflections of the divine, infallible arbiters of justice, etc. Hindu Sastras (Doctrines) also expounded similar theories. Till recently Hindus regarded king as Vishnu’s representative or reflection on earth. What is the position now? The need for the existence of kings has been challenged. Kings have been found to be inconsistent with the self-respect of the people. Rajabhakthi (Devotion to king) has been equated to a slavish mentality. In accordance with this change of people’s attitude, we have noticed in our own lifetime the extinction of many kings both in the East and in the West. Is this not a big revolution in the political world?

What is the disaster that has come about by the abolition of kings? Which is the country that received the wrath of God by way of earthquake or fire or flood because of the execution of the divine kings? Did the tongue of any man who preached this revolution burn miraculously or did anybody lose his head? Sixty or seventy years ago people dreaded to speak ill of kings or governments. There is not one Purana (Mythology) or Sastra (Doctrine) which has spoken ill of kings and called for revolution. Yet how is it we treat with total indifference the abolition of kings or rajas? Wherefrom did people get this courage or enlightenment? It is certainly not got from God or religion.

Likewise, we have looked upon a section of the people as agents of God on earth and certain others as not even fit to be seen or touched. Quoting the authority of the Vedas, Sastras and Puranas, did not people fall flat at the feet of these bhoo-devas (Brahmins) on the one hand and persecute and harass the Untouchables on the other hand? Men who encouraged and taught these ideas were venerated in this land as Sankaracharyas, Mahatmas, Gurus and Brahmins. What is the position to-day? Untouchability has disappeared to great extent. Do we not find Iyers, Iyengars, Sastrys, Rajahs, Pandarasannadhis, Zamindars competing with one another, spending thousands of rupees at the time of elections to get elected and sit beside the same old Untouchables in the legislatures? This change in the attitude of the people is a revolution.

Our divine doctrines (Sastras) have proclaimed and still fulminate that unless girls are married before they are ten years old, the unfortunate parents will go to hell and the girls themselves exposed to promiscuity or prostitution. Such declarations of our infallible rishis (sages) and mahatmas (Supreme Souls), have now been thrown to the winds and the Government has passed laws to say that girls shall be married only after they are eighteen, and that if any girl of tenderage is married, the parents will have to go to jail. This is a social revolution. Nothing terrible has happened because of the passing of the new laws. No god had descended from heaven to spread death and destruction.

Changes such as these in the political and social fields have been accepted as absolutely ordinary things. What is more; they are regarded as eminently desirable and reasonable.
Let us just see the travails of the God that created and sustained the world, in our sacred land and see also the troubles of the religion that led us on the myths to that god. The gods of our puranas (mythologies) have all become laughing stocks of the people; and the religion leading to them have lost all respect. Are these not revolutions in religious matters? And what is the catastrophe that has happened? The only danger is the denial of an easy livelihood to a handful of lazy Brahmin priests and their satellites. What percentage of the population are they, and why should any body be bothered about them?

Because of these revolutions in man’s ideas and attitudes, we have come to question about the need for kings, priests, castes, religions and Gods as well. The present century has taken on a more revolutionary cry. People are now questioning the very existence of rich people, capitalists and titled barons. Why should these people exist? We are trying to see how far these parasites are responsible for the misery of the proletariat – the poor of our land. Are these not because we have learnt to disregard the fortress built around the exploiting classes in olden days? God, Religion, Sastras, Puranas, Vedas, fate, Karma were all fortresses built for the protection of the Brahmin priest and the plutocrat. Somehow people have learnt to challenge and break down these fortresses once considered impregnable and unquestionable. One has to admit, however, that the struggle is not yet over. The enemy has not yet surrendered completely. The fight is still on. The enlightenment obtained in the older struggles steers the people for the next and more important fight. The progress of the wheel cannot be stopped or turned back.

If only we reflect what has happened to the fortress built around the ancient kings, it will not be difficult to visualize the fate of the Hindu priest and the plutocrat in the struggle still going on. God, Religion, Vedas, Sastras and Puranas were all on the side of the kings, and yet what has become of them? The effort that is needed to throw them out, disregarding the fortress built for them, is all that is necessary to fight the priest and the plutocrat still trying to exploit the people. Because of the fact that the priests and the plutocrats are more in number than the king, and more close to the people than the monarch, the ramifications of their exploiting process are a bit more comprehensive and complex; and therefore the progress of the fight for their ultimate elimination will necessarily be long-drawn out, but the end is inevitable. And there is nothing wrong in the struggle.

The struggle for intellectual and economic freedom must be apparent to all those who have wisdom and the will for progress. Government may try to thwart the revolution by force and stop the process for a time; but can they for ever succeed in fooling men? Revolutionary ideas cannot be destroyed or stopped. The fortresses that stood around the kings did not save them; the lesser fortresses that stand around the priest and the wealthy will not save them. There must be and there will be changes here also, as the people to benefit by their abolition constitute about 90 per cent of the population. Surely a system that exists for the benefit of a mere 10 per cent cannot possibly exist for ever. Some people think that sympathy for living creatures extends only to stopping the practice of carrying fowls upside down or treating the gaping sore on the neck of the ass. I believe that the prevention of cruelty to the large masses of mankind through the inhuman and unhuman attitude of the exploiting classes is the greater need.